Arrow tattoos are adored by some and hated by others. One of the most popular 'fashionable' tattoos to have. Arrow tattoos can be anything from a bold traditional piece to a small minimalist design. With all manner of symbolism and meaning arrow tattoos are definitely versatile design, but a design that has become a 'trendy tattoo' and one that some people now avoid. However, snap that arrow in half and you have a much cooler and more unique arrow tattoo! 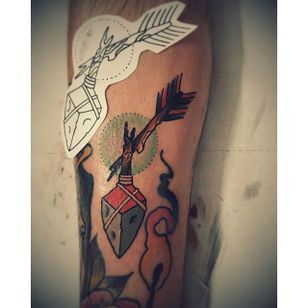 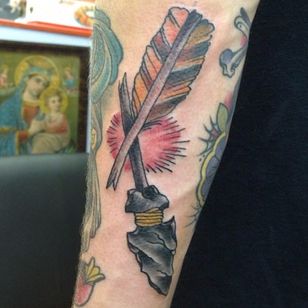 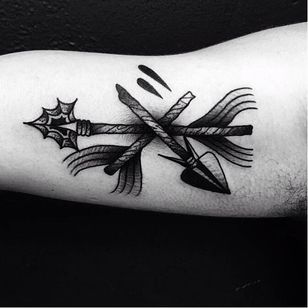 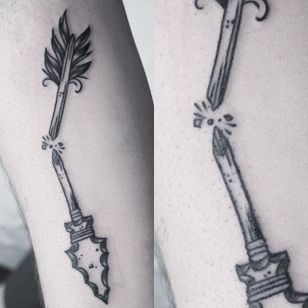 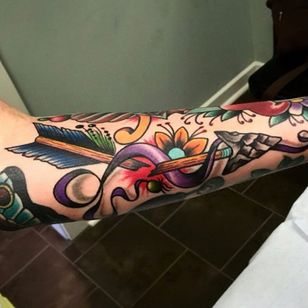 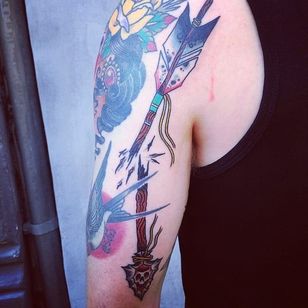 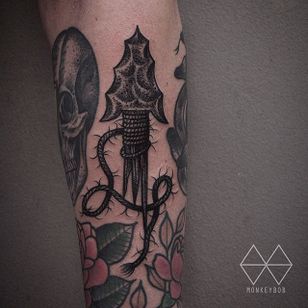 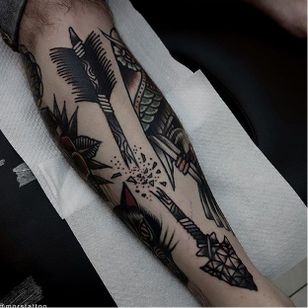 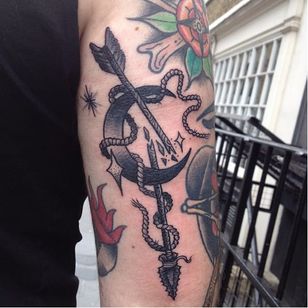 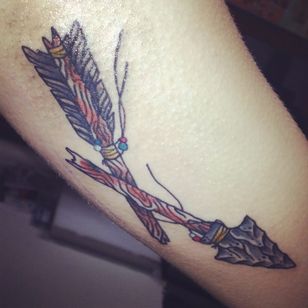