We’ve said it before, and we’ll say it again, realism is one of the most difficult tattoo styles to master. Every detail from the tiniest hair follicle to a slight crease in the skin has to be taken into account. But the main creative hinderance with realism is that it leaves relatively small room for the artist to put their own twist on the subject, as realism by definition is pretty straight forward. What is fantastic, however, is when artists throw caution to the wind by creating their own take on the style. Artist Anrjis Straume is one of the brave few on this path. 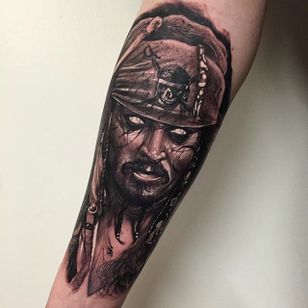 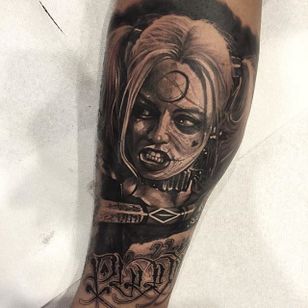 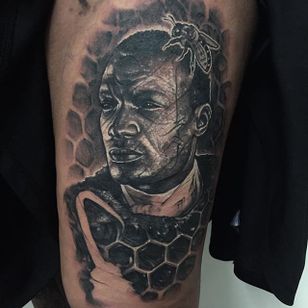 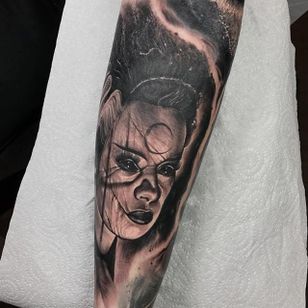 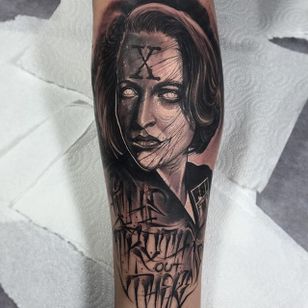 Latvian born and Liverpool based, Straume is a realist gone rogue. While some of you may know him as the husband of internet sensation, Monami Frost, Straume has made a name for himself as a “dark trash realist.” Creating realistic portraits of both characters and celebrities, Straume makes them his own by adding a touch of the occult. Tattooing exclusively in black and grey, all of his portraits are adorned with a unique forehead marking, most often a crescent moon, and while the meaning behind the marking is undisclosed, something about its presence seems sinister. Other notable traits of his self proclaimed “dark trash realism” include ghostly eyes, devil horn silhouettes, and dark facial markings that resemble slash marks. While we’re huge fans of the darker undertones of his work, we’d beg to differ the “trash” element, as his work is anything but. 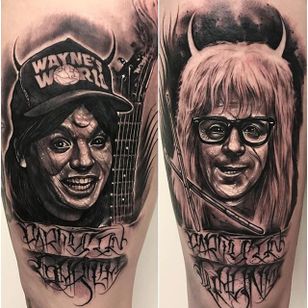 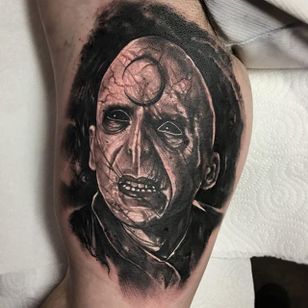 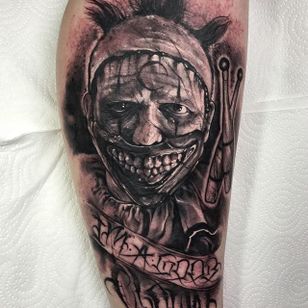 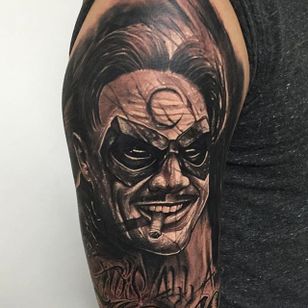 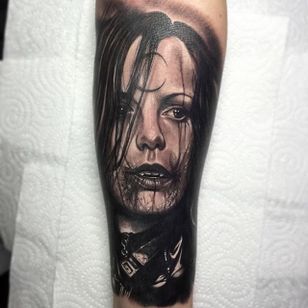 Straume's impressive work forces us to look at the familiar in a brand new way, a tell tale sign of true artistry. When there are so many picture perfect renditions of portraiture out there it's refreshing to see an artist sticking his neck out to make something uniquely his own.