Deities and higher powers are an ever present theme in tattooing and the blackwork style can suit them perfectly!

Hindu goddess Kali is the deity of Time, Change, Creation, Power, Preservation and Destruction- she is also commonly associated with death. An intimidating figure Kali is often depicted with four arms which hold a sword, noose and a severed head; similar to those hanging around her neck. Worshiped by Hindus throughout India Kali has become a popular tattoo image in the west.

The dramatic look of Kali combined with her great symbolism make her one of the most popular Hindu inspired tattoos. Commonly done in bold colors Kali tattoos also look amazing in blackwork. A bold blackwork style suits Kali tattoos as it captures the darkness often attributed to the goddess, after all 'Kali' as a word also means 'the black one'! Take a look at these bold blackwork Kali tattoos and see why the style and image work so well together. 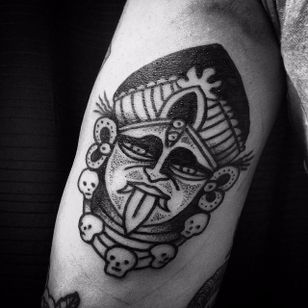 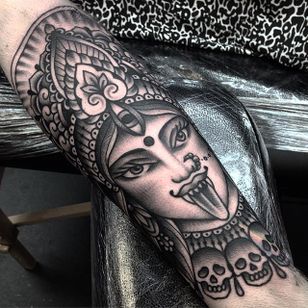 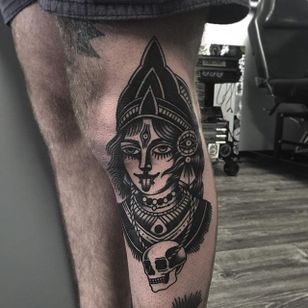 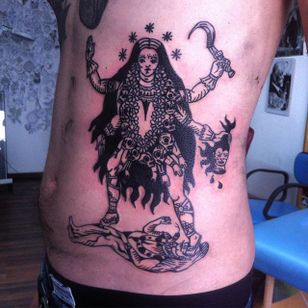 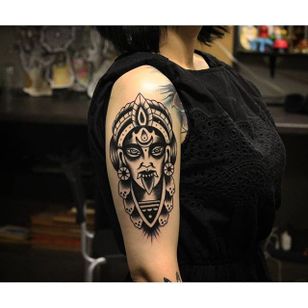 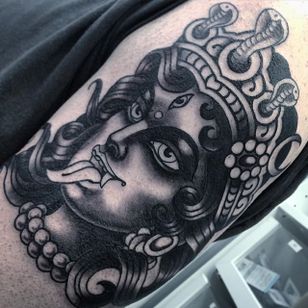 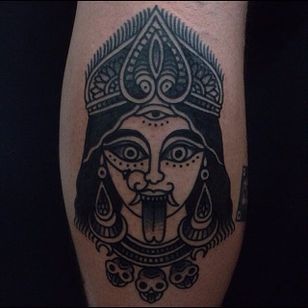 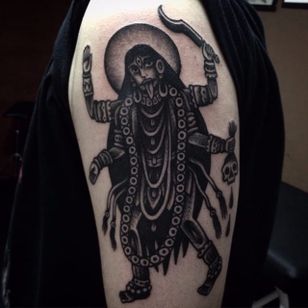 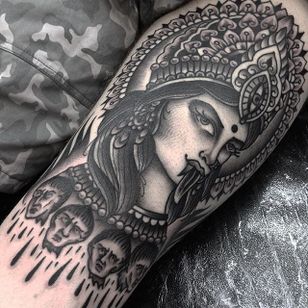 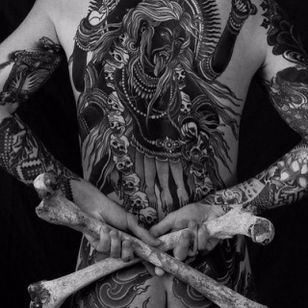 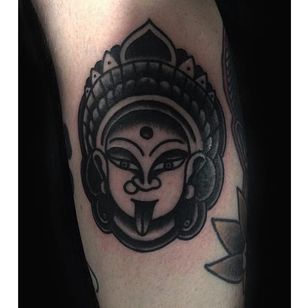 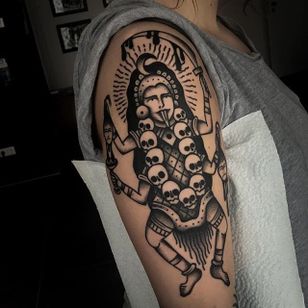