Carnage is a badass and the same goes for these Carnage tattoos.

What do you get when you cross an alien symbiote with a crazed serial killer and sadist?... You get Carnage!! Introduced as a darker version of Venom, Carnage made his comic debut as psychotic sociopath killer Cletus Kasidy, the cell-mate of Eddie Brock (aka Venom). After merging with the alien symbiote that created Venom Kasidy became Carnage- a murderous supervillain and possibly the darkest enemy of Spider-Man.

Naturally an unstable murderous comic character like Carnage makes for one hell of a tattoo! Carnage tattoos put the unrelenting character and energy of Carnage into a bold tattoo and create some of the coolest, yet craziest, Spider-Man tattoos in the process. A tattoo any comic fan will appreciate..these Carnage tattoos will leave you a little wiser on the badass Carnage! 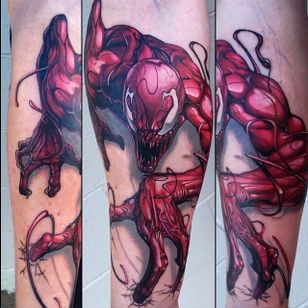 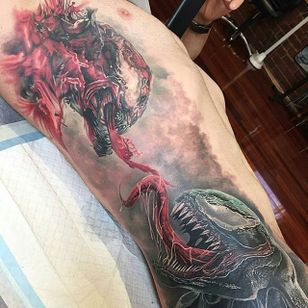 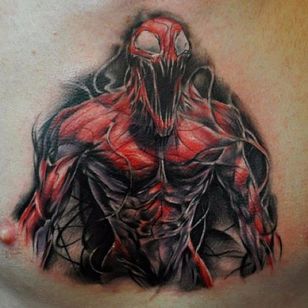 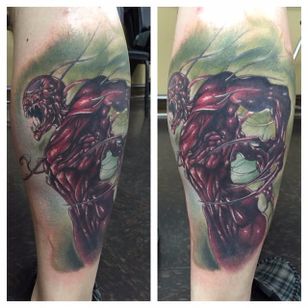 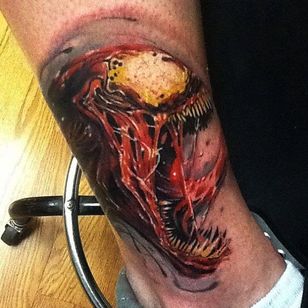 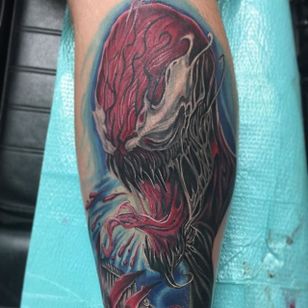 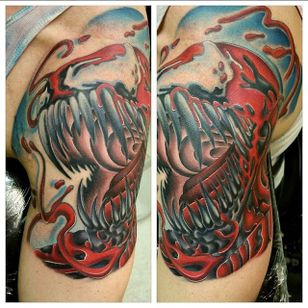 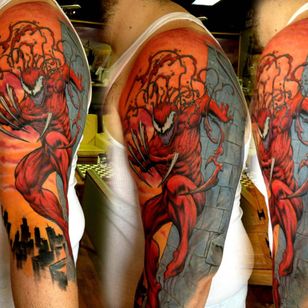 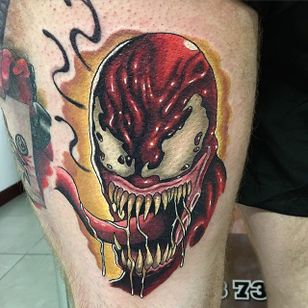 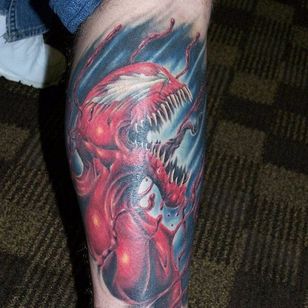 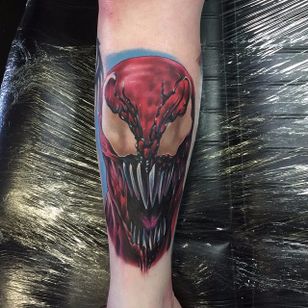 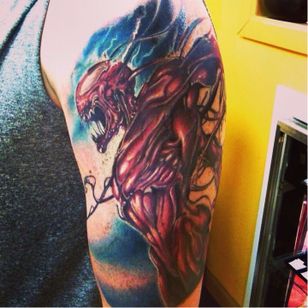