When it comes to the glorious nonsense that is the cartoon Adventure Time, writer Nolan Feeny explains it well in a March 2013 article:

“Nobody really expected a cartoon featuring post-apocalyptic candy kingdoms and Korean-speaking unicorns to become a children’s-television success story. Nor did anybody expect that same show to be a success story with just about every other demographic out there, either.
But that’s exactly what happened to Adventure Time, an animated series following the exploits of Finn, a 14-year-old boy, and his best friend, Jake, a walking, talking and shape-shifting dog. Together, the pair has inspired a loyal legion of fans of that number in the millions. And, now in its fifth season, the show that began as a one-off animated web short is coming back to the medium on which it originally debuted: streaming video. Season one of Adventure Time will go live on Netflix Instant on March 30, with new episodes airing on Cartoon Network through December 2013. If you binged on House of Cards earlier this year, prepare your queue for a dose of trippy whimsy.” Click here to read Feeny’s complete article. To really get it you just have to watch it, and even then you probably won’t but that’s the best part! Random, exuberant, nonsense! Netflix has the first two seasons but they’re only available until 3/30/2015. Finn, Jake, Marceline and all the others from The Land of Ooo have invaded just about every part of society so it only makes sense that tattoos have been influenced by the show as well. Enjoy the Adventure Time INKspiration!

With a color touch-up these thigh tattoos would be wonderfully loud, artist unknown.

This is an adorable, feminine tattoo. Who did this cute black and gray Gunther?

Artist Alex Strangler, these crisp and clean tattoos that come as a pair, great color scheme.

Artist Tom Wayden, adventure doesn't have to end with age.

Artist Craig Foster, somebody ticked off the precious Tree Trunks!

Everybody has those days, LSP has many, artist unknown.

Compilation of roses with Jake the dog as a sugar skull, done at Dapper Ink Tattoo.

Artist unknown for both of these Marceline tattoos.

Artist Tre LaPole, Marceline and Marshall Lee, meant to be.

More into realism? Let us know who did these "grown up" forearm portraits themed after Princess Bubblegum and Marceline. Think these two are better together?

This one is fantastic, let us know the artist behind this Marceline/Sex Pistols tattoo featured in Inked Magazine.

Let's end with some flash/fan art that would make some awesome tattoos!

If you visited the Land of Ooo, who would you be? Take the quiz.

Remember even if you're not the "sexiest adventurer in the world" like Tree Trunks "You're beautiful on the inside like...your brain and stuff."-Finn 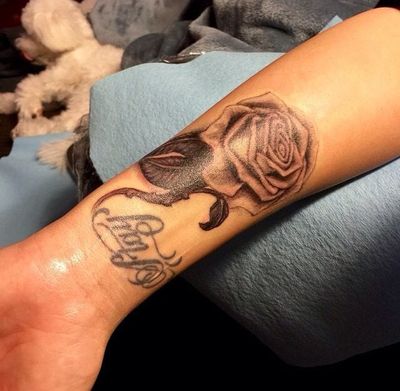 Whatever the case, it’s extremely refreshing to see a celeb get real, even if it’s only for a moment. 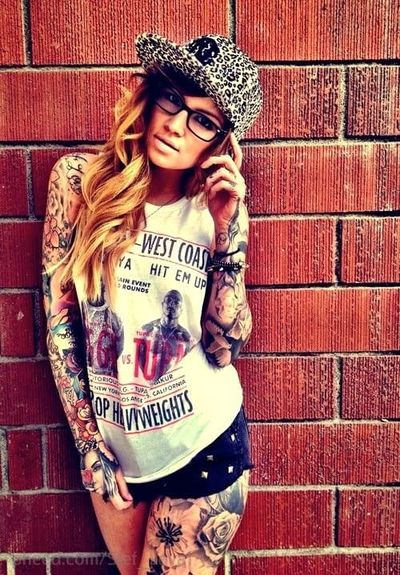 10 Legitimate Reasons To Date A Woman With Tattoos

The world we live in has an astonishing amount of beautiful things, and the female race is absolutely part of the splendor. 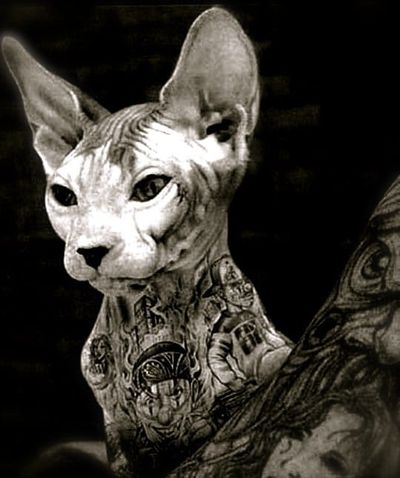 Animals and tattoos are two very wonderful things. What do you think about tattooing animals?