Matt Youl is a Neo-traditional portraiture artist with over 10 years of experience. His open style and unique vision have aided in the creation of beautiful tattoos that are truly one of a kind. In 2015, Matt was named Best Newcomer at the Halloween Tattoo Bash. In 2017, he was one of only 100 artists selected to be exhibited at the prestigious National Maritime Museum Cornwall as part of the Tattoo: British Tattoo Art Reveled exhibition. Backed by leading brands such as Magnum Tattoo Supplies and Yayo Skincare, Matt’s unique Neo-traditional portraits have been shared around the world, even on the Ellen DeGeneres talk show.

Do you remember the first moment you were drawn to art? Are there any important memories that hint at the artist you would become?

The first time I can remember being drawn to art was as a child. I had been on a school trip to the local airport and we had been asked to draw the planes that we saw. I remember being fascinated with trying to recreate the images I’d seen on that day of planes taking off and landing. 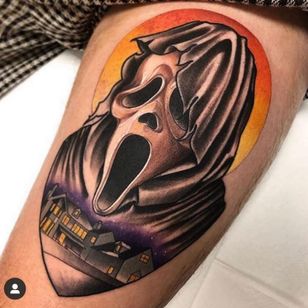 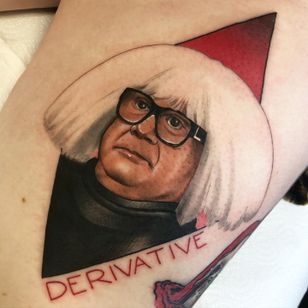 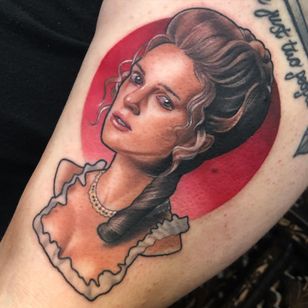 Why were you drawn to tattooing? And what made you pick this profession? Who were the tattoo artists you would and still look up to?

I think since a young age I’ve always had an affinity for tattoos. I was always amazed that you could have permanent images on your skin. I definitely used to plaster myself with the ‘tattoo’ sheets you’d get in candy packs back then and I’d have images of superheroes or teenage mutant ninja turtles on my arms. I was very much into the traditional side of tattooing when I was younger, so the obvious names (influences) that come to mind would be sailor Jerry, Ed Hardy etc.

As my career has progressed I think my idea of what tattoos are, also did.
I’ve always loved the work of Dan Molloy. His work is what originally introduced me to the idea of ‘Neo-traditional portraits’. I’ve followed his work for a long time and was lucky enough to be tattooed by him a few years back. I’ve also been very fortunate to work with some outstanding talent in the U.K. who I still look up to as artists (and friends). Nick Imms, Daryl Watson, Andrew John Smith to name a few. And of course Dawnii Fantana, who helped me break into the industry and has been there for me the last 9 years. 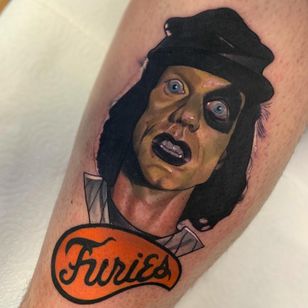 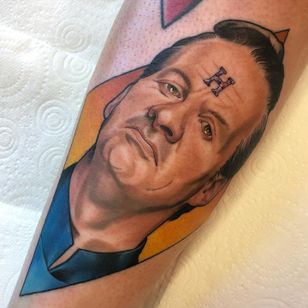 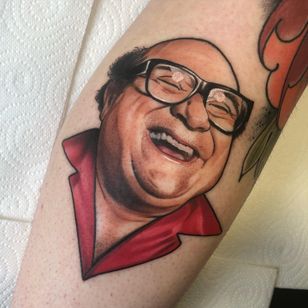 Can you talk about your style and how it developed over time?

I would say that I’ve never really decided to take a specific avenue when it comes to style. I’ve always tried to be as versatile as possible and tried to incorporate all styles with what I am willing to do. That being said, I’ve always been drawn to linework and colour, so I think Neo-traditional was a natural progression of how my tattooing evolved. I’ve always been fascinated with portraiture, so I’m very excited whenever I get to tattoo a Neo-traditional portrait. I say ‘Neotrad’ loosely though… I think the way I tattoo edges slightly away from Neotrad and more towards Realism, maybe.

If you are able to pick, which is one of your favorite pieces you have tattooed?

I’m always happiest when I get to do colour Neotrad portraits. The contour of faces and making sure they look realistic is always a challenge, in a fun way. One of my favourites I would say is this tattoo of Dexter Morgan, from the show Dexter. I loved that show from the beginning. I even named my son Dexter! But don’t tell him it’s after Dexter Morgan, he thinks it’s from Dexter’s Laboratory! 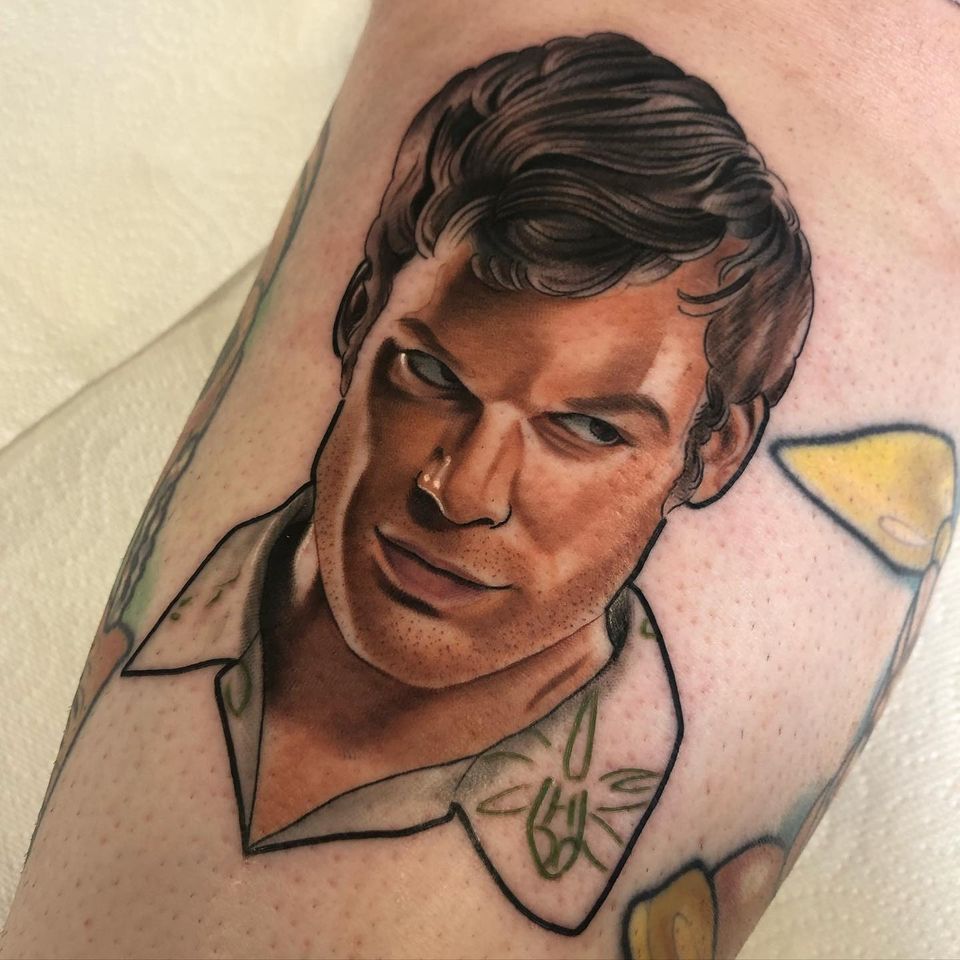 Many artists have a philosophy about their work or why they create it. What is your artistic philosophy and your goals within it?

I wouldn’t say I have a specific philosophy in tattooing, I just love getting to do it for a living and creating art for people on a daily basis. I’ve done many different jobs over the years and categorically say that tattooing is the best. Every day is different. Different people, different stories, different outlooks on life, different ideas.
Everyday feels like it's something fresh.

What are your favorite parts about the tattoo industry and where would you like to see change? How do you feel about the future of it?

My favourite part of the tattoo industry is probably the customers. I don’t think they get enough credit. They’re what makes this job so much fun. I’ve become good friends with some clients over the last 10 years. I don’t think I’d change anything, there are parts that I probably don’t like, but it’s all part of what makes the industry so diverse. I think if we change one part we lose something else too. Kind of a butterfly effect. I hope the future is bright for tattooing. Unless we’re all living in the meta-verse and tattoo artists become obsolete as life would be 100% online. 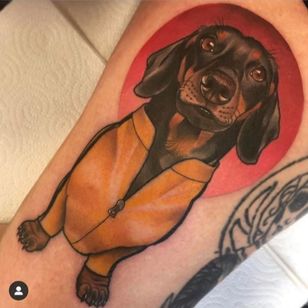 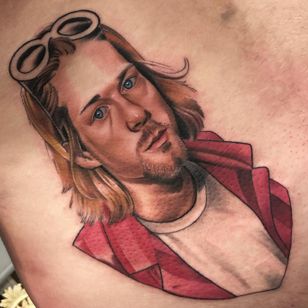 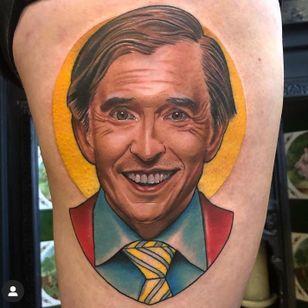 Do you have any projects, events, or plans coming up in the future that you’d like to share?

I’m hoping to move to America and continue my work there. So, hopefully, sometime next year I’ll be in Los Angeles with Manu Cruz and the guys at 10k Foxes.
Which I’m looking forward to very much. 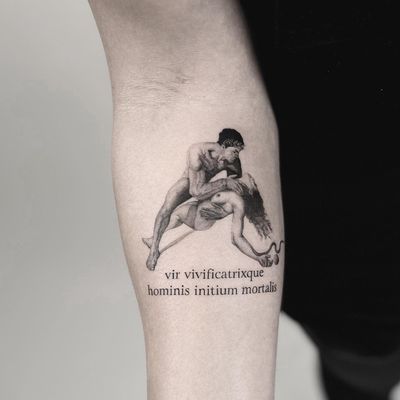 Real Life in Monochrome: An Interview with Fernando Unda

A discussion about passion, beauty of tattoos and the strive for perfection.