Every man's life ends the same way. It is only the details of how he lived and how he died that distinguish one man from another, knowhutImean, Vern? It is but one of history’s many great coincidences that two men who lived two of the most fascinating lives of the 20th century were both named Ernest. We speak of course of Ernest Hemingway and Ernest P. Worrell. Today we are looking at how these men lived and how they died, as well as some tattoos of history’s greatest Ernests. 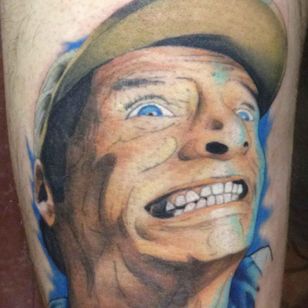 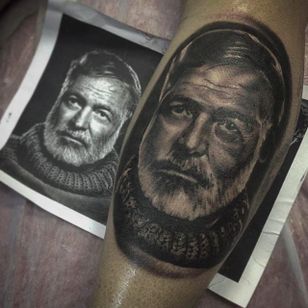 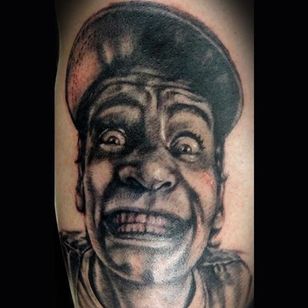 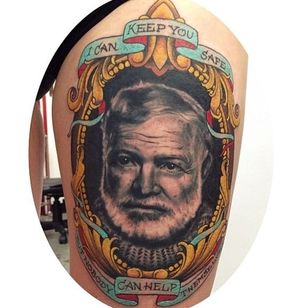 The lives of these two Ernests were not without parallels. They both had adventures in Africa, a land that would become dear to their hearts in different ways. While much is written about Hemingway’s wartime experience, history has quickly forgotten the role Worrell played in the conflict between Karifistan and Aziria in the late ‘90s. But the most direct comparison that can be made is that Ernest P. Worrell and Ernest Hemingway both exemplify the 20th century notions of what made a true American man. 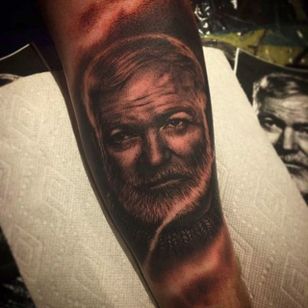 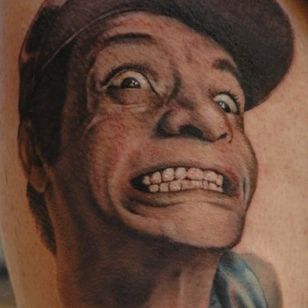 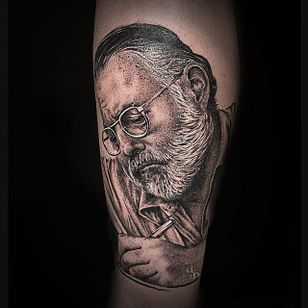 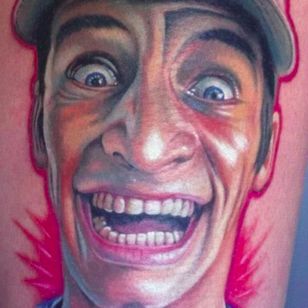 These Ernest tattoos are all stunning tributes to two of the 20th century’s greatest Americans. Please, join us next time as we compare and contrast the lives of Leon Trotsky and Leon the Professional.