Tattooing in the traditional style with a slightly more muted color palette, artist Aaron Hodges’ traditional work delves more into the surreal aspect of tattooing, taking cues from painters and fine artists to create beautiful renditions of classic portraiture. This past weekend, we caught up with him at the Star of Texas Tattoo Art Revival Convention to talk a little bit about how he got his start in tattooing, why he prefers to work in muted color, and what inspires him. 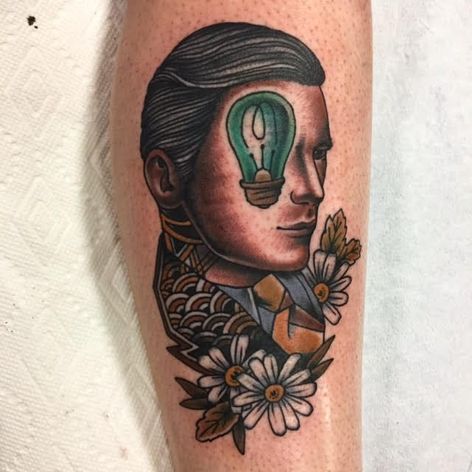 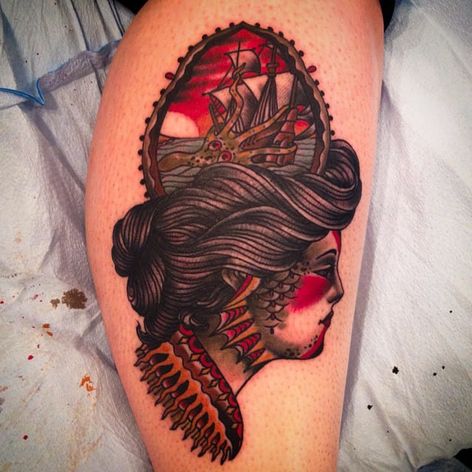 Hodges works at one of the most well known studios on the west coast, and while he might be a force to be reckoned with now, he says that back in the day he wasn’t always so confident in his style. When he was just starting out, Hodges had a completely different take on the art. “It’s definitely a tough craft to learn, and art is supposed to evolve,” says Hodges. “So I started out with one thing, and as I aged my taste in art changed, and the subjective part of it keeps it interesting and keeps me constantly learning.” 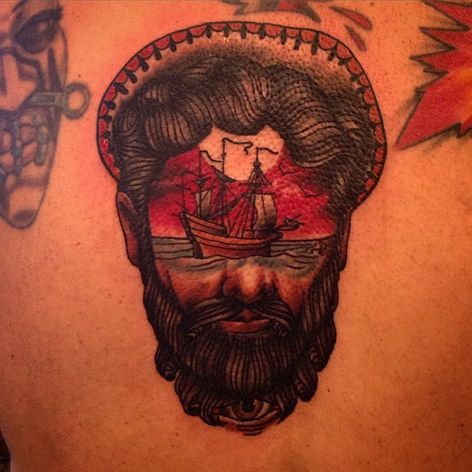 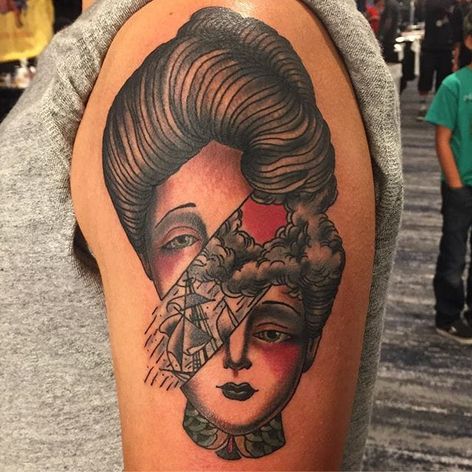 With over a decade of creative thinking under his belt, Hodges has landed somewhere in between surrealism and traditional, constantly searching for new ways to gain inspiration. Not only does he find inspiration in other tattooers, but Hodges also turns to the Old Masters, with Rembrandt having significant influence on his work. “[He] had this thing where he focused so much on the eyes, because he felt like he had to see into somebody’s soul,” says Hodges. “So that would be the major part that he would continue to go back into, and I’m kind of a literal person, so I was like, ‘what if you try and take the eyes out, and put in the image of what you would see in their soul into their eyes?’” 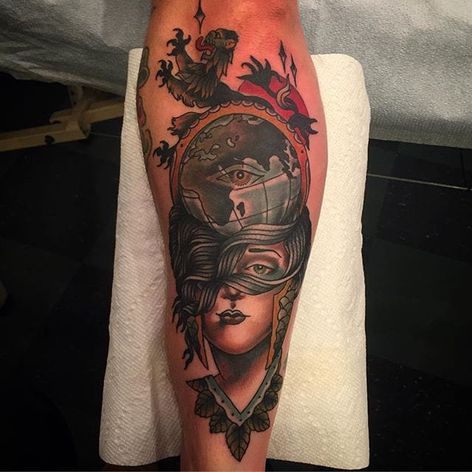 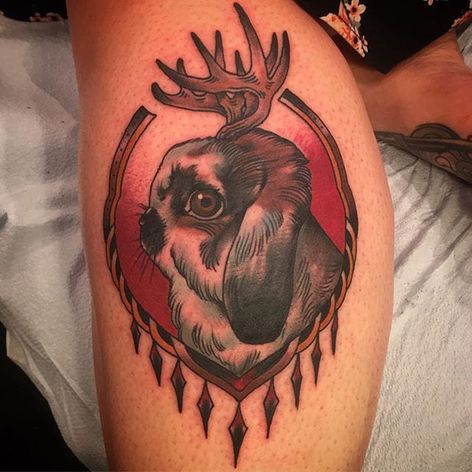 While Hodges has experimented with color combinations over the years, he’s officially landed on muted tones, as he says they tend to have more of a readability to them. “The bright stuff is pretty hard. You really have to balance the vivid and muted contrast between things, because it can just be too much. Everybody’s competing for attention, every color is having this yelling match of, ‘oh, look at me, look at me.’” A master of muted work, there is never a time when Hodges’ colors aren’t coexisting in complete harmony, each one bringing something unique to the table. 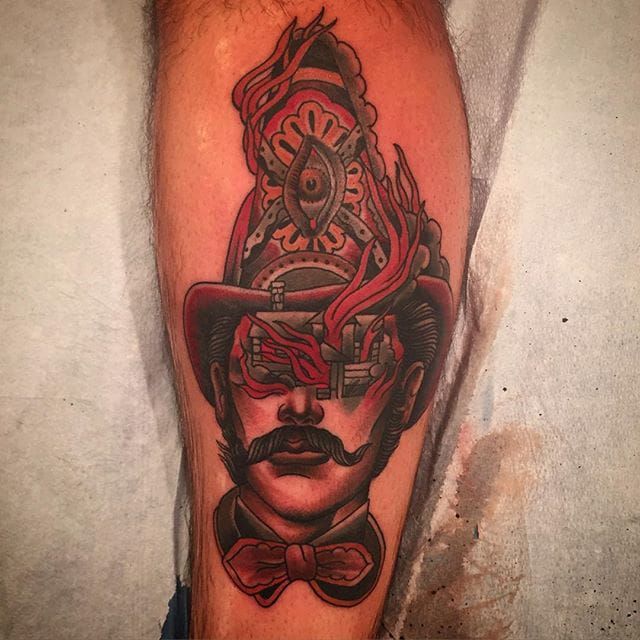 He may work out of Spider Murphy’s in San Rafael, California, but if you’re one of Hodges’ European fans, you’re in luck. He’ll be at the Mondial du Tatouage convention in Paris in March as well as a few more conventions he’ll be announcing later on this year. A brilliant, free thinking artist, whose creative endeavours know no bounds, Hodges is not only one of our favorite artists, he’s just fun to be around. We genuinely cannot think of a better guy to hang with for a few hours to spew nerdy conversations with about Rembrandt and the importance of surrealism.