Members of my generation were still in our cribs when the hardcore scene went the way of ‘70s punk rock, becoming absorbed into what it resented most — mainstream American culture. So, by the time we hit our rebellious preteen years, it was during the height of the pop-punk movement, when one band dominated the hormonally-charged musical landscape, Blink 182. I remember speeding down the highway in my best friend’s father’s car when I was 11, blasting “What’s My Name Again” and throwing water balloons at other vehicles. It was the most exciting moment of my young life, and I owe it all to Blink 182 (and one irresponsible adult). Turns out I’m not the only with such fond memories of listening to them: tons of other fans have tattoo tributes to the band, most of which are of Travis Barker’s beautiful face. 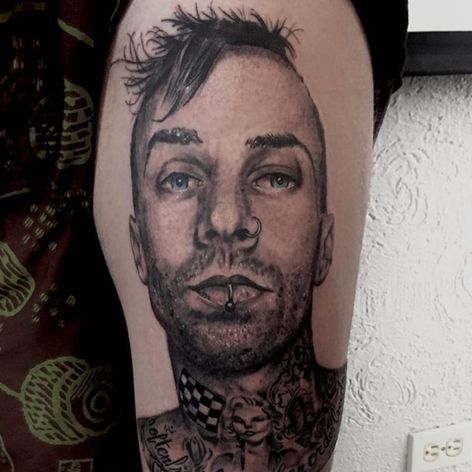 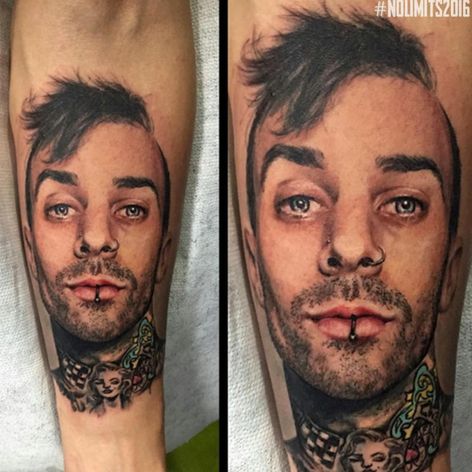 While Blink 182 was the source of my rebellious awakening, the band triggered another sort of coming of age for others. One of my co-workers, for example, was and still is a self-described superfan of the group and has this to say about getting a tattoo tribute to Barker: “With a face like that, I'm not really sure why anyone WOULDN'T want to get a tattoo of him. Not only is he one of the most talented musicians of our time, but he’s almost entirely responsible (okay, Tom Delonge, too, but he's an insane person now) for my elementary-school, mall-goth sexual awakening.” Even though most of us have never found Delonge remotely sexy, with or without the whole believing in aliens thing, my colleague is correct, Barker is basically a powerful aphrodisiac with a lip ring. 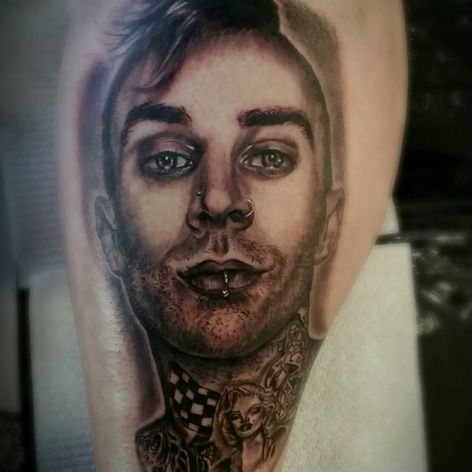 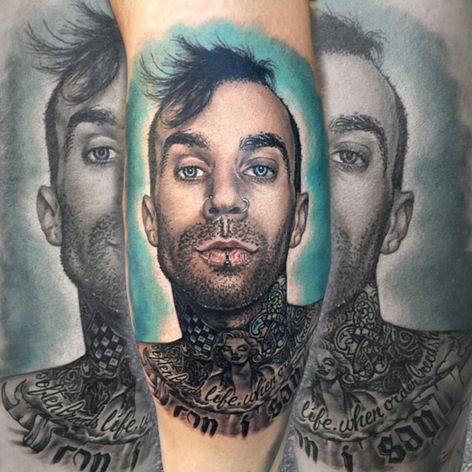 There are hundreds of portraits of Barker out there even feature verbatim renditions of his tattoos. You can see everything from the blown-out racing flag to the Henry Adams quote — “chaos often breeds life, when order breeds habit” — in them. Through preserving this aspect of his iconic appearance, each of these depictions of the widely beloved musician capture his passion for body art. Every year, Barker presents The Musink Convention and Music Festival, a celebration of the intersection of Kustom Kulture, punk rock, and tattoos. Even if it weren’t for his incredibly good looks and musical talent, he’d still deserve all of the tributes in his likeness for using his fame to support the tattoo community. 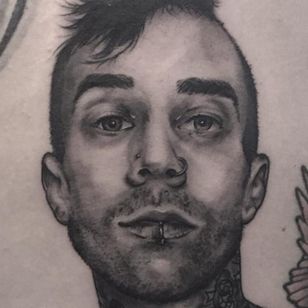 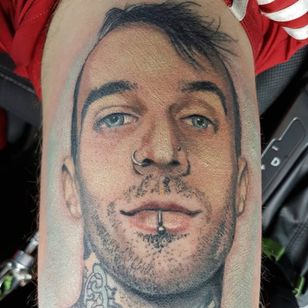 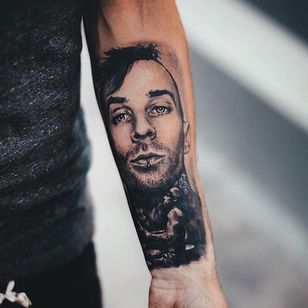 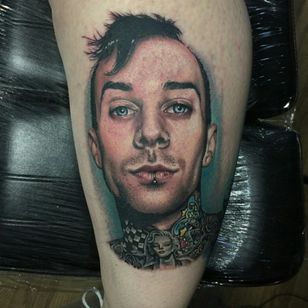 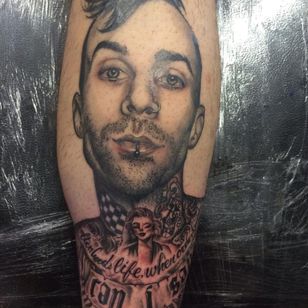 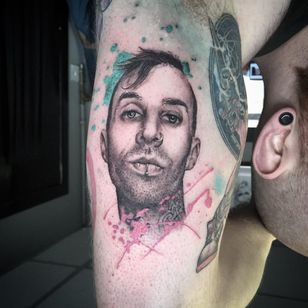 To see more portraits of celebrities, make sure to follow these tattooists on Instagram. If you want to show your undying love for Blink 182, have one of them design a tattoo of the bands most handsome member, Travis Barker, for you.