It comes as no surprise to anyone that Melbourne, Australia is home to some of the best tattoo artists in the game, but can we just say, damn does Chapel Tattoo know how to make ‘em. Home to artists like Jaclyn Rehe, Joel Melrose, and Leonie New, this tiny Melbourne shop is home to the tattoo equivalent of the 1991 Versace Fall show roster that featured Linda Evangelista, Naomi Campbell, and Christy Turlington — unforgettable and iconic. Known for their breathtakingly beautiful American traditional work, Chapel Tattoo is home to some of the best the style has to offer, but as with any obsessive newfound love, we gotta say, Leonie New is supremely talented. 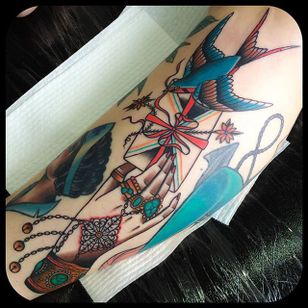 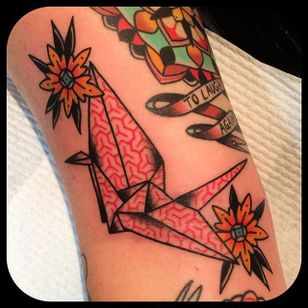 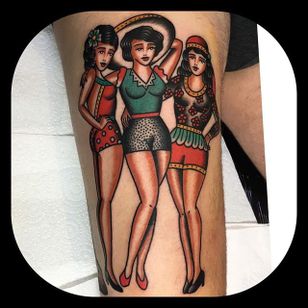 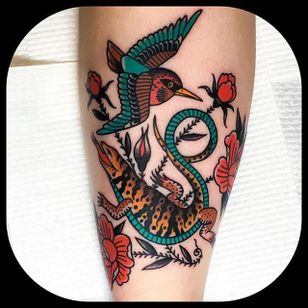 Have you ever seen something so pretty that it physically pains you? Have you ever seen something so unbearably cute that if it weren’t for those tiny little things called social cues, you’d probably squeeze or pinch it into oblivion? Imagine all of this packed into one tattoo, and that’s basically Leonie New’s work. Best known for her beautiful hearts, flowers, and tiny birds in a stunning array of autumnal colors, New’s work doesn’t stop at just cutesy — girl is a bonafide jack of all trades when it comes to traditional work. Her color palettes remain a constant throughout her work, tonally warm colors that add a certain depth and character, and her subject matter is incredibly diverse. Creating beautiful renditions of everything from Ganesh to origami cranes to absolutely magnificent sea life, New’s talent practically jumps off her Instagram. 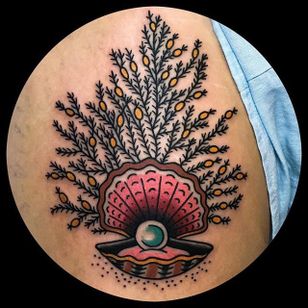 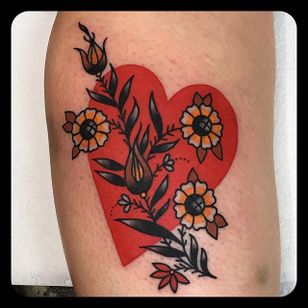 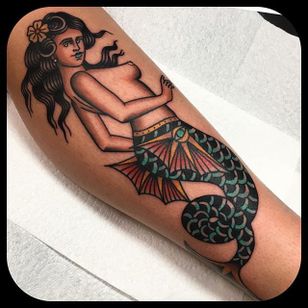 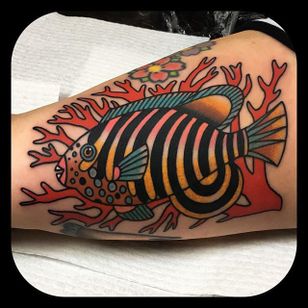 Technically speaking, she’s able to switch from something as simple and straightforward as a heart and flowers to an incredibly ornate hand chain and rings. Creating detail that adds to her overall work without distracting from it is New’s expertise. Seldom have we ever encountered such art that we want to stare at for hours on end. Everything from the patterns on the snake’s scales to the adornments on Ganesh to the stripes of the fish swimming amongst the reef speak to us, but if we had to describe it in just one word: captivating. 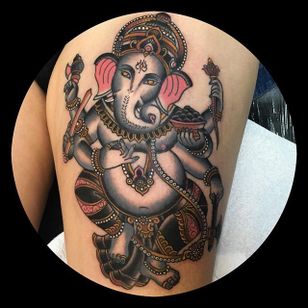 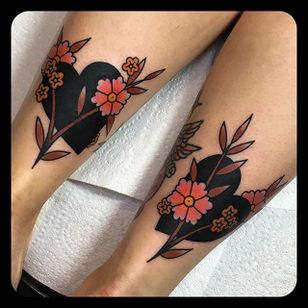 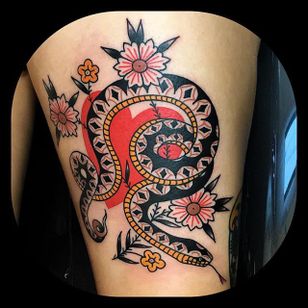 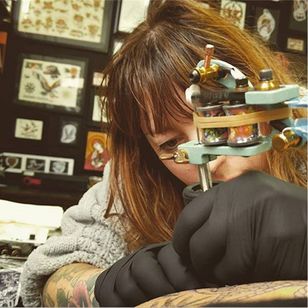 Regardless of if you’re going the highly feminine route, opting for religious undertones, or maybe just seeking an ode to marine life, know this: New is your girl. Leonie, if you’re reading this, please know that we apologize in advance for any likes you may get on incredibly old Instagram posts, we crept. We're obsessed.