Paes 164 is an awesome as well as versatile freehand tattooist, who works in styles such as bio-organic, neo-traditional, and new school. His best work is brimming with sharp colors as well as exaggerated and abstracted figures. Check out this sample of his absolutely killer portfolio. 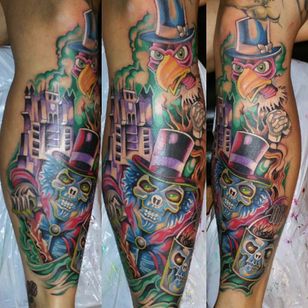 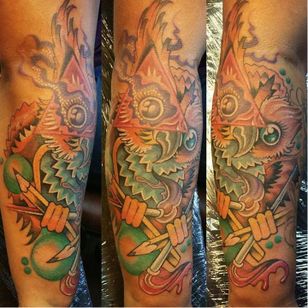 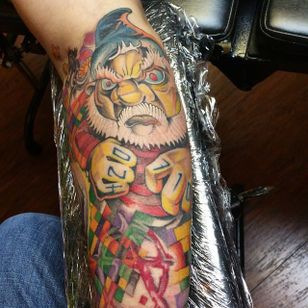 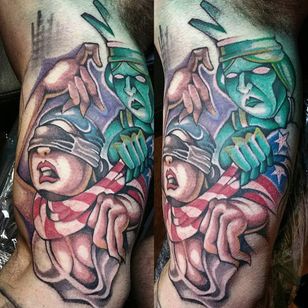 Paes' new school tattoos are top-notch. He is an expert at this highly animated style, and his cartoonish depictions of figures seem to pop out at the viewer, giving them an intense immediacy. Also, this approach allows him to exhibit his sense of humor through caricaturing timeless characters like Death. For instance, it's hilarious how the buzzard in a top-hat is wringing his hands with anticipation. Furthermore, as seen in the murder scene between Lady Justice and Lady Liberty, his new school work also can connote deeply satirical political commentary. 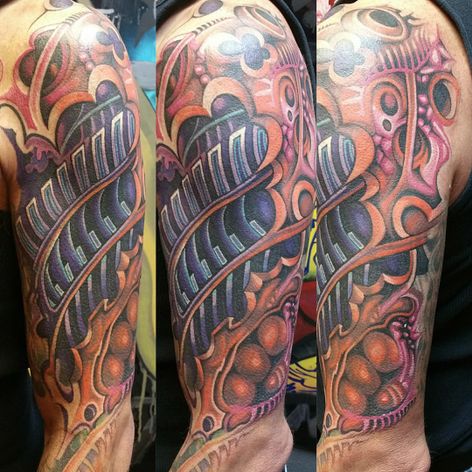 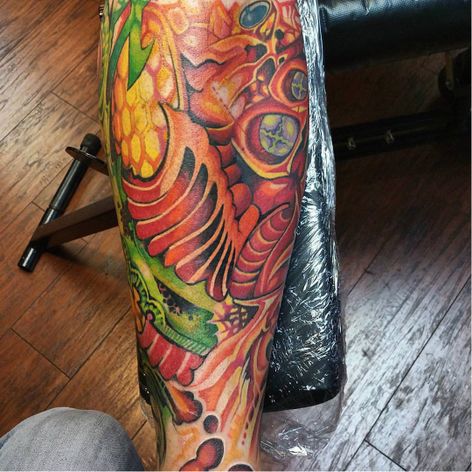 The bio-organic tattoos that Paes produces are some of his best work. His knack for rendering incredibly vibrant color palettes and abstracted sequences of shapes lends itself to this style. The pieces with yellow and red contrasted against green and purple glow with intensity that makes them appear as if they came from another world. 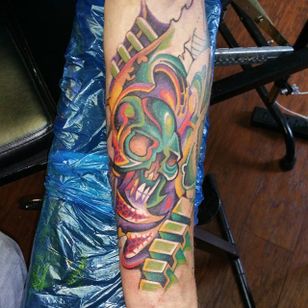 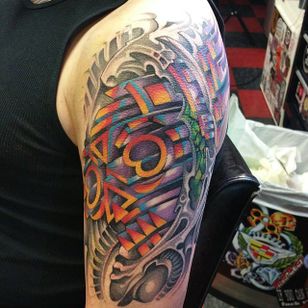 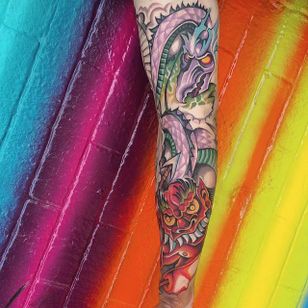 Some of Paes' best tattoos are those that put a neo-traditional spin on classic imagery from more traditional styles. For instance, his pirate ships break the American mold in their coloration, line-work, composition, and shading to create a nuanced appearance of this classic maritime motif in the world of tattoos. The level of abstraction present in his skulls is notable as well. He also puts a spin on mythological iconography from a other cultures, such as Japanese, as seen in the sleeve of a dragon and oni. 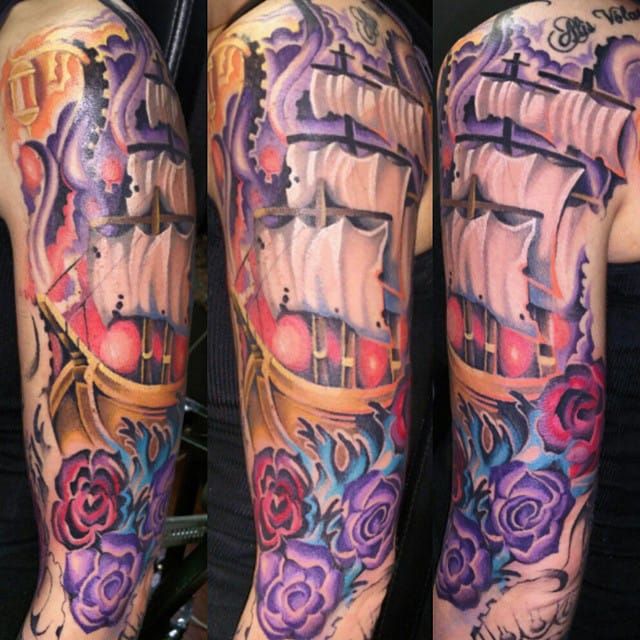 An incredible take on the classic pirate ship being attacked by a kraken by Paes 164. #colorful #kraken #neotraditional #Paes164 #pirateship #roses

If you like Paes' work, you can see more of it as well as his other visual art like graffiti and oil paintings on his website. He tours around the US and owns a studio in Colorado Springs, CO, so if you want a new school, bio-organic, or neo-traditional tattoo, get in touch with him to see if you can schedule a consultation.