If creepypasta classics like Slenderman and The Rake give you enough trouble sleeping for at least a couple nights, then proceed with caution because this tattoo artist seems to get his daily intake of inspiration from the dregs of internet spookery. See familiar monsters from your darkest dreams and creatures of the dark lurking in your peripheral vision in full view among Sergei's blackwork tattoos.

Sergei Titukh is a tattoo artist based in St. Petersburg, Russia. He works at Blackyard Tattoo Collective, a studio comprised of mostly blackworkers. His tattoos are made up of dark blackwork pieces depicting unearthly beings in grotesque, shadow-like forms. Even his rendition of literary figure Don Quixote (see below) looks ghastly and bizarre. Sergei seems to be fuelled by a desire to unleash all things dark and sinister into some hair-raising blackwork tattoos. 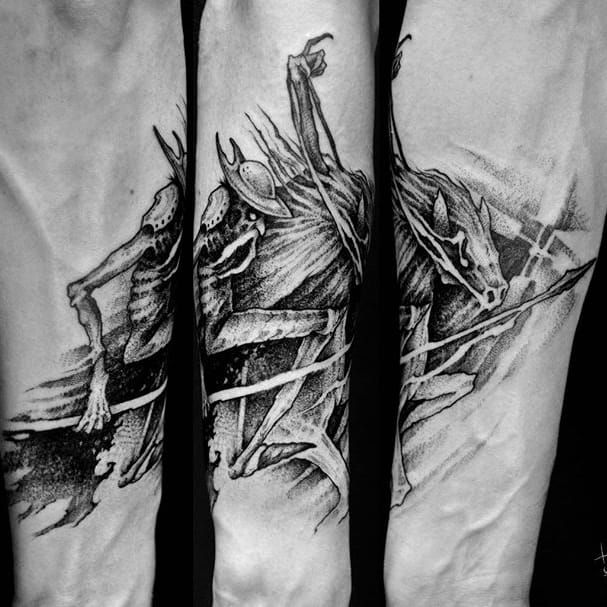 That's no Don Quixote, that's a horseman of the apocalypse! 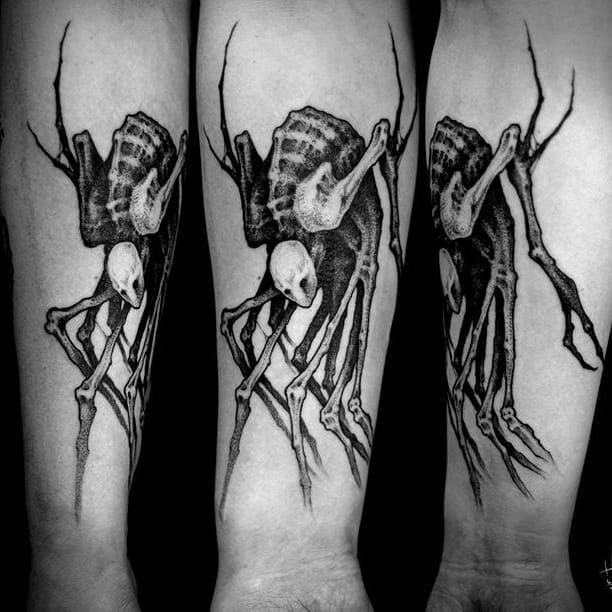 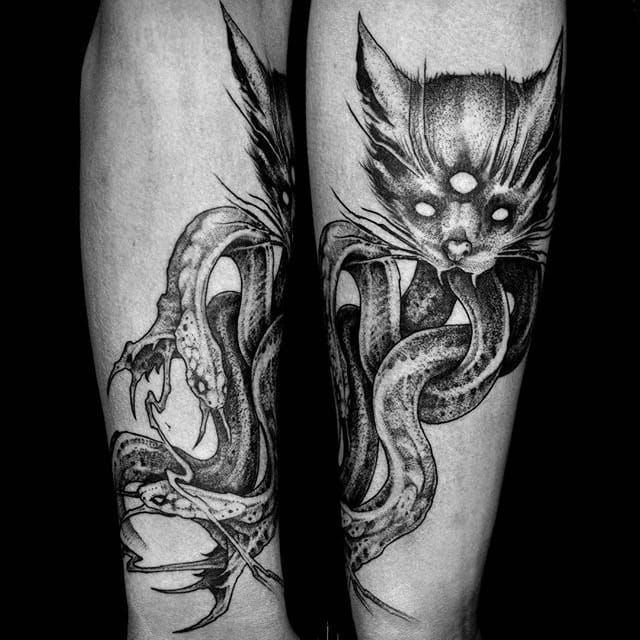 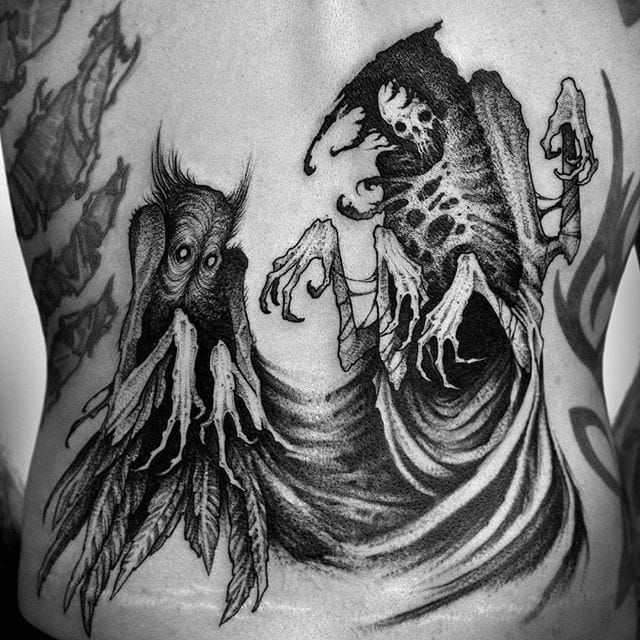 Nothing to see here, folks, just the Reaper himself and Bogeyman? 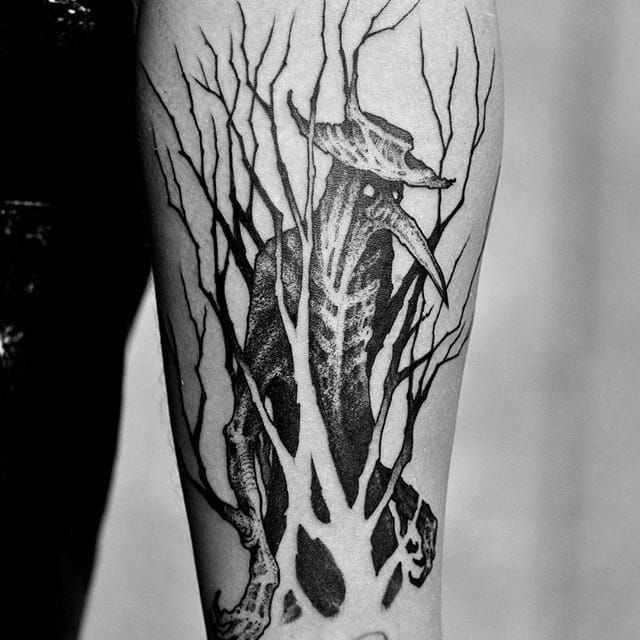 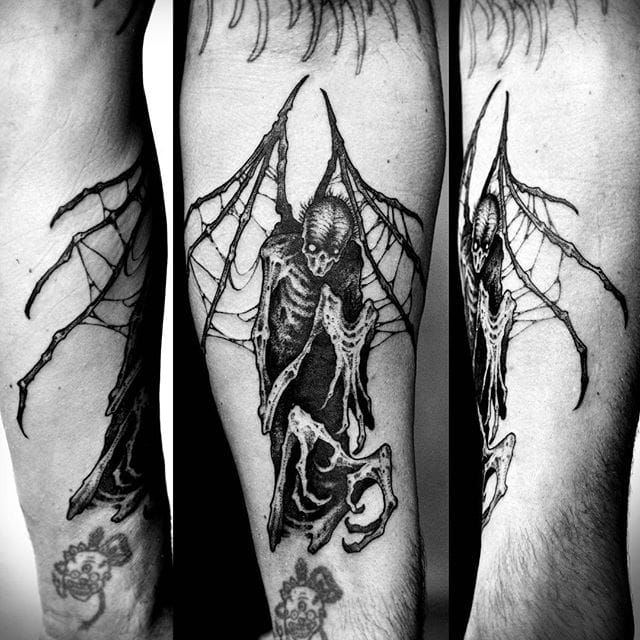 They have wings now? 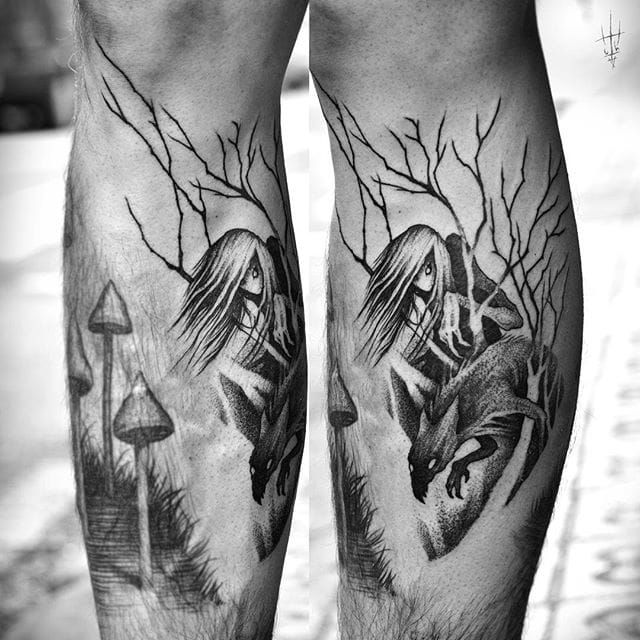 Okay, the wings were fine, don't add mouthless girls in the equation. 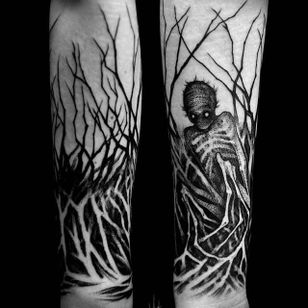 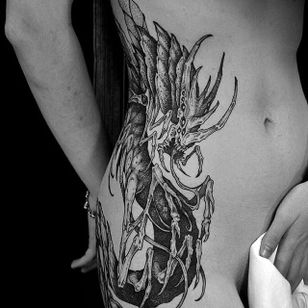 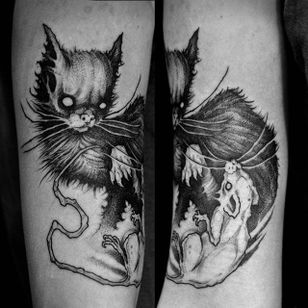 You sure that's a cat and mouse and not some feline and rodent tandem from hell? 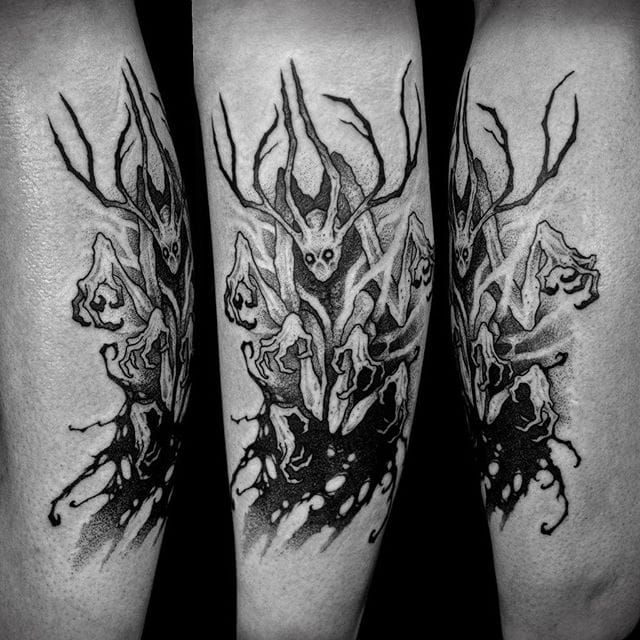 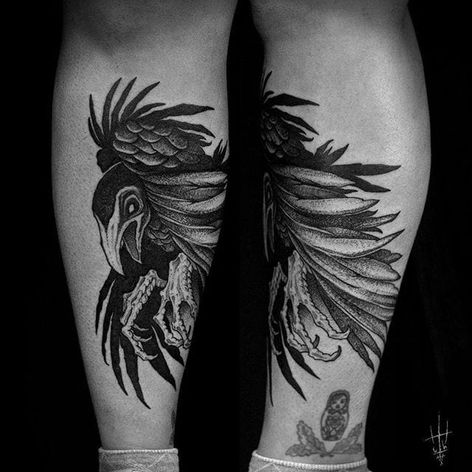 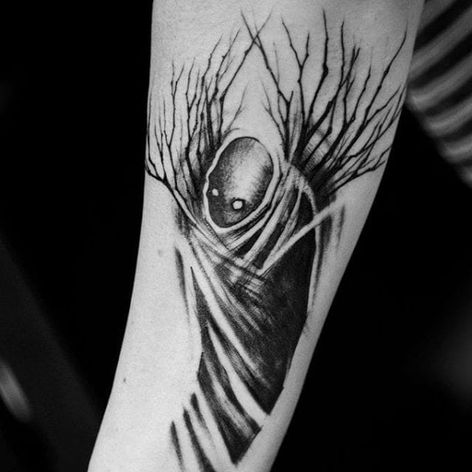 Not creeped out yet? 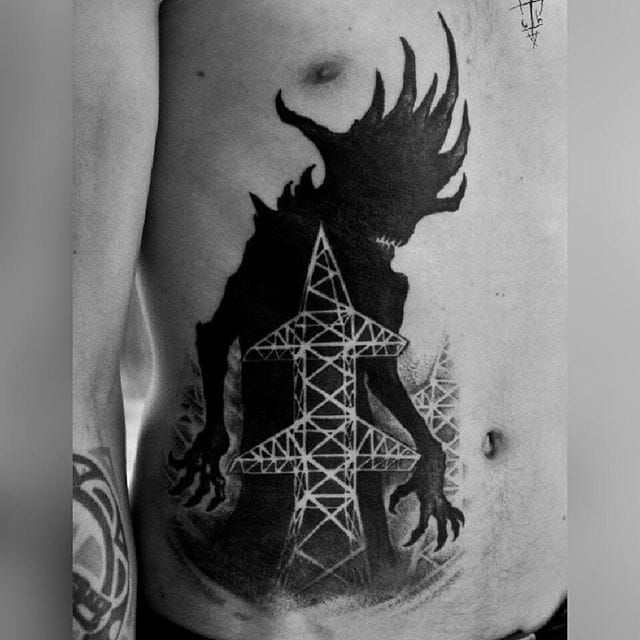 You've got to be kidding me. 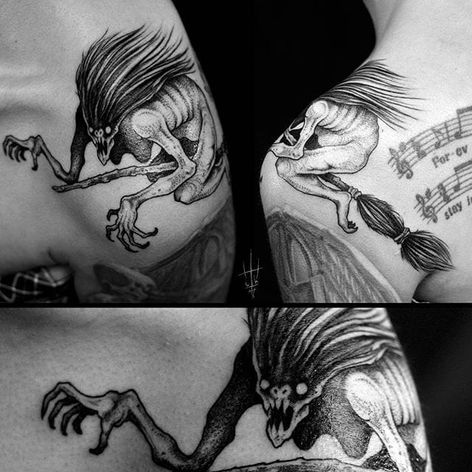 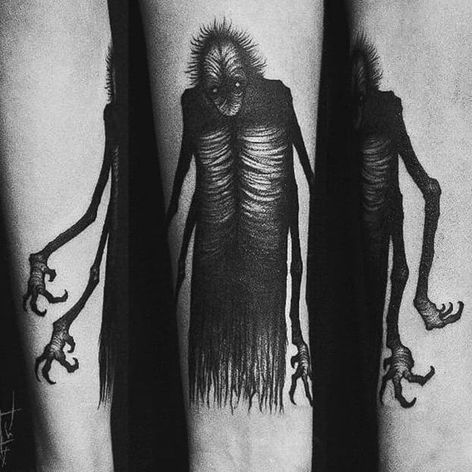 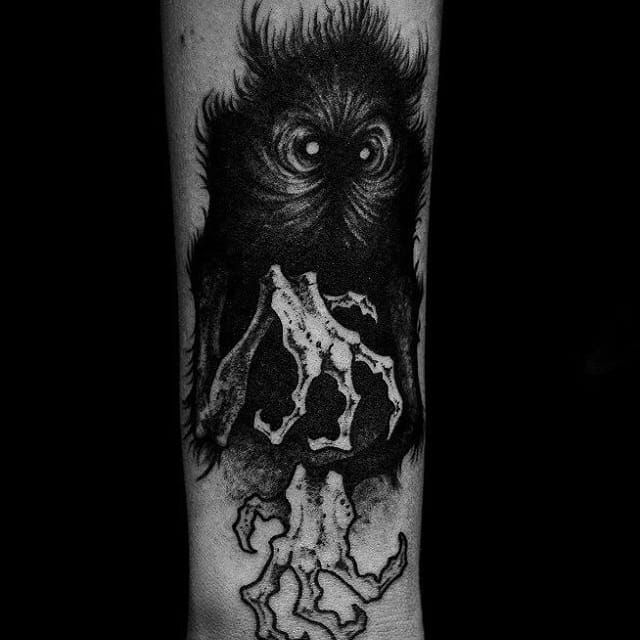 All photos were taken by Sergei Titukh. See the rest of his works on Instagram.