Mankind has been flying the skies like birds for a century now, but the beginnings of human air travel were far off from what we think of today. Before the perfection of the airplane, there was the airship, the dirigible. These craft relied on massive amounts of floating gas (hydrogen or helium) to take flight. Today we’re going to take a look at some cool tattoos of blimps and talk about the origins of flight. 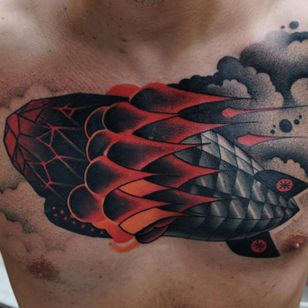 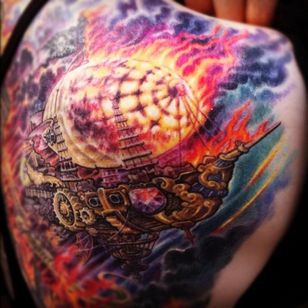 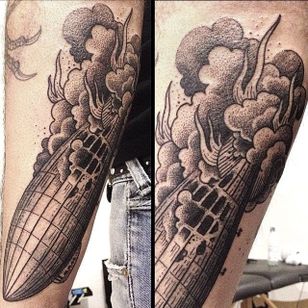 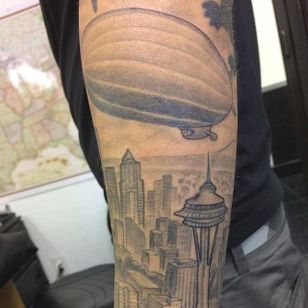 The heyday of airships came to an abrupt end in 1937 with the Hindenburg disaster. After making a transAtlantic flight, this doomed airship burst into flames upon landing in Lakehurts, New Jersey, killing 36 people. Film of the incident was seen around the world, effectively turning everybody off of the idea of flying about in such contraptions. Airplanes were seen as much better alternatives, and by the time World War II rolled around, both sides had abandoned airships in favor of planes. 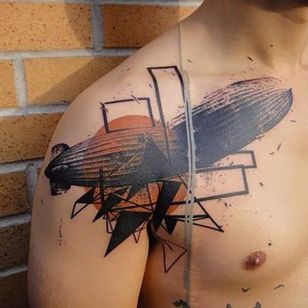 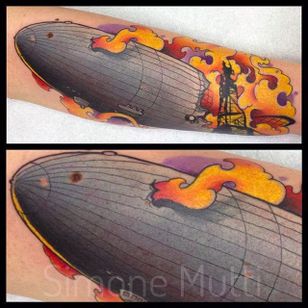 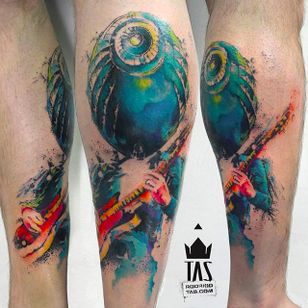 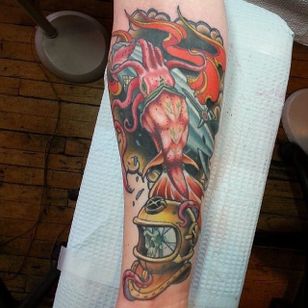 If these rad blimp tattoos do pique your interest and you are interested in riding in a blimp, you’re actually shit out of luck, as a quick Google search immediately yields “Sadly, there is no reliable way to snag a blimp ride in the United States.”