In essence, works of art that implement or imply Memento Mori, a latin phrase that means "remember you must die', are visual reminders of what all of our ends will be. And these Memento Mori tattoos do just that. Of course, reapers and skulls are a particularly obvious, yet powerful, symbol of death. Other iconography that illustrate this meaningful phrase are candles, coffins, gravestones, clocks, hourglasses, and more. Think of it this way: basically anything that reminds you of the passing of time, how each moment slips through our fingers, could be considered a piece of Memento Mori. 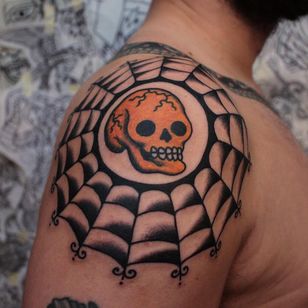 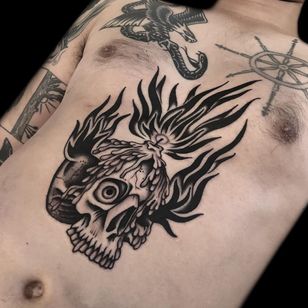 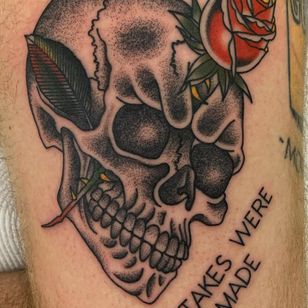 It's no secret that artists have always been sort of fascinated by death. And while Memento Mori tattoos may be relatively new, works of art representing this idea have been popular for ages and ages. While many creations can remind us of our own demise, Memento Mori has its particular originations in the medieval era. During this time, and due to a whole lot of strife (black plague, internal political struggles, famine, etc.) people became deeply religious...they thought god was punishing them and figured that they may be punished even further in the next life. So, Memento Mori paintings, and more, became a way for Christians to remind those reveling in sin that their time to die will come all too soon. 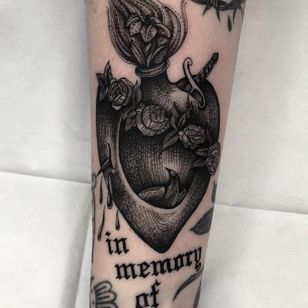 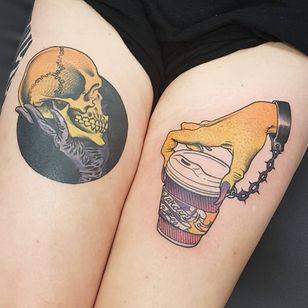 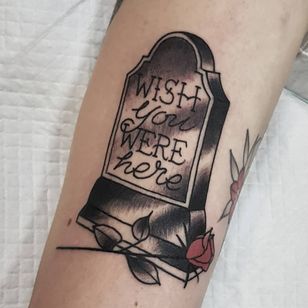 And although these Memento Mori tattoos can be a little funny, and aren't always tattooed on particularly religious folk, Wikipedia reminds us that "in art, Memento Mori are artistic or symbolic reminders of mortality. In the European Christian art context, 'the expression...developed with the growth of Christianity, which emphasized Heaven, Hell, and salvation of the soul in the afterlife'." Whether you believe in the afterlife or not, better believe that these are some of the best tattoos out there that immediately reminded us that we are all born to die. 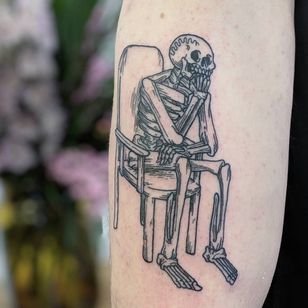 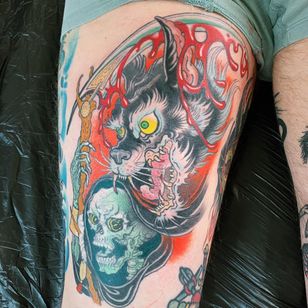 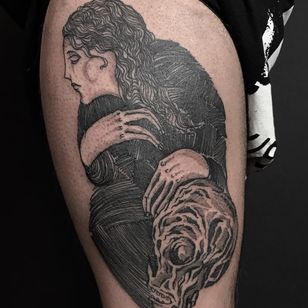 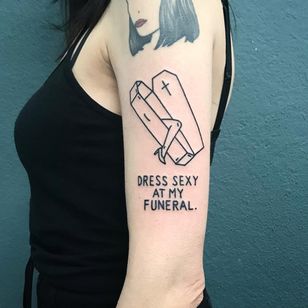 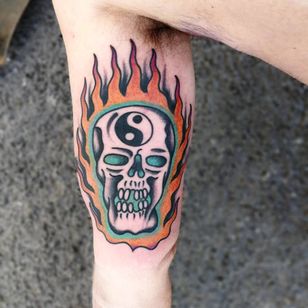 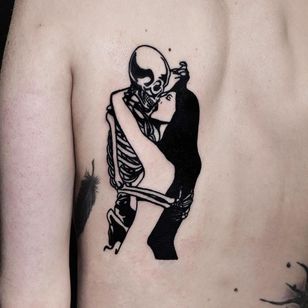