Oh my god, it's a squatch... tattoo. And you skeptics out there didn't believe they existed. Well, the joke's on you, because these humanoid creatures have lumbered in droves into the world of tattoos, and there are photos of them that are far more resolute than the ones of their real-life counterparts. Here is a troop (what do you call a group of sasquatches by the way?) of them to make you reconsider you closed-minded and rational worldview. So, get ready to become believers, you disbelievers out there. 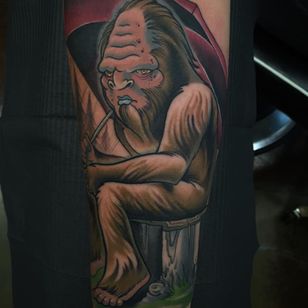 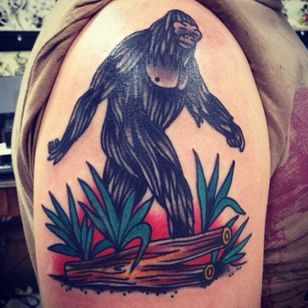 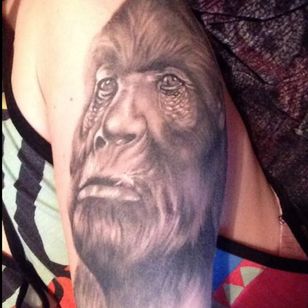 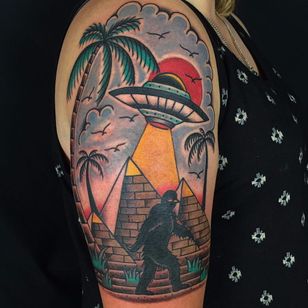 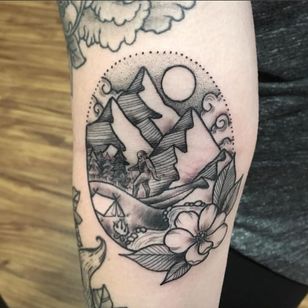 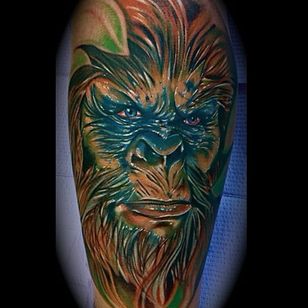 The American folklore figure Bigfoot, aka sasquatch or yeti depending on the region in which the creature appears, has captivated people for a very long time now. Though many members of the scientific community discount the existence of this creature, there are tons of individuals who ardently believe that squatches wander wilderness all over the world. Some people even attest to have seen theses ape-like animals in person. A few of them have even produced what they consider to be photographic evidence of these beasts' existence, though these images are often highly contested as being fraudulent. Regardless if such documentation is a hoax or not, Bigfoot has definitely captured the imaginations of all sorts of folks, and nothing exemplifies this fact more than the body art of these shaggy critters. 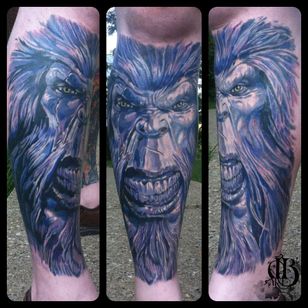 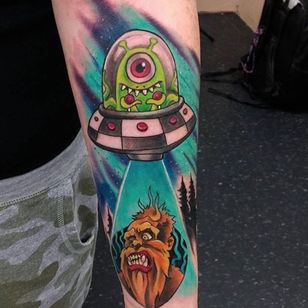 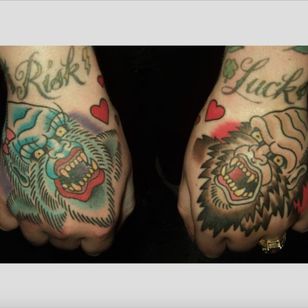 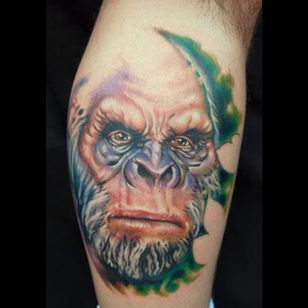 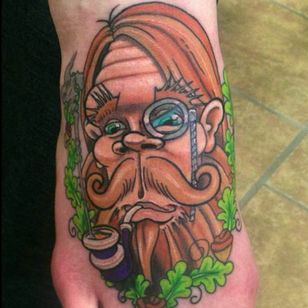 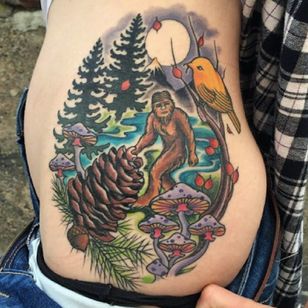 Depending on your version of the truth, Bigfoot may or may not exist in real life, but the legendary creature definitely roams the world of tattoos, and what's even crazier is the many styles in which it's appeared. These bipedal simians have been illustrated in virtually every genre of tattoos. The ones illustrated in black and grey as well as color realism are lifelike enough that it can make you wonder if the artists who did them saw these elusive beasts in person. Several silly new school ones have even stumbled out of the tree line and onto peoples' skin as seen in the gentlemanly one above. Speaking of the woods, they look particularly majestic when in their natural environments, next to streams, firs, and mountains. Regardless of what style they're rendered in, all of these squatches suggest that their furry figures exists beyond just folklore. 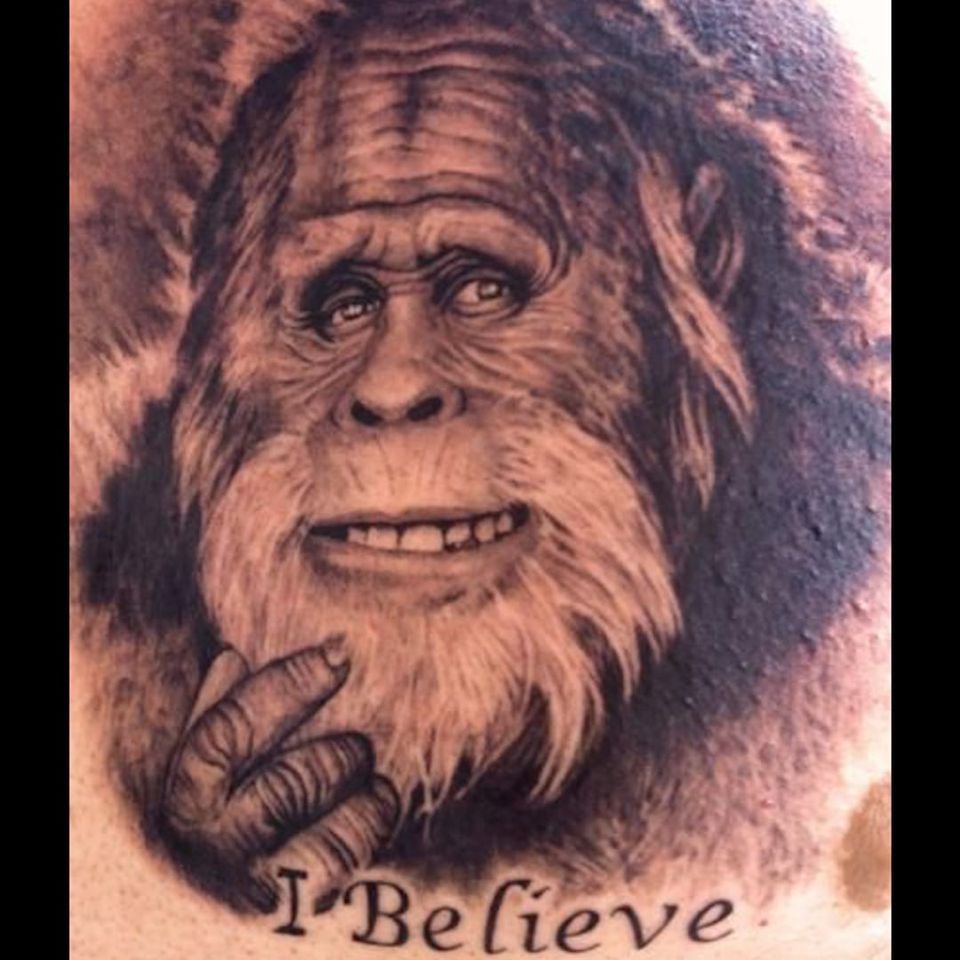 An awesome black and grey shoutout to Harry and the Hendersons by Pepper (IG—pepperspicy). #Bigfoot #blackandgrey #portraiture #Sasquatch #Yeti

If you enjoyed any of these depictions of Bigfoot, make sure to check out the artists' Instagrams, and if you are a true believer, think about getting one of them to illustrate a Sasquatch on you, too.