Most of us are worried to death about the state of our healthcare system, but if it’s any comfort, the US has a long track record of fucking up when it comes to medicine. The most glaring example of how we aren’t responsible enough for affordable healthcare isn’t the republicans’ failure to “fix” Obamacare, but the fact that our military screwed up the symbolism of the caduceus by confusing it with the Rod of Asclepius and adopting it as the official insignia for the US Army Medical Corps. Too proud to admit a mistake, we’ve just carried on pretending that the image of two snakes spiraling around a winged staff represents something it never has. It’s a classic case of hubris — i.e. the American way. 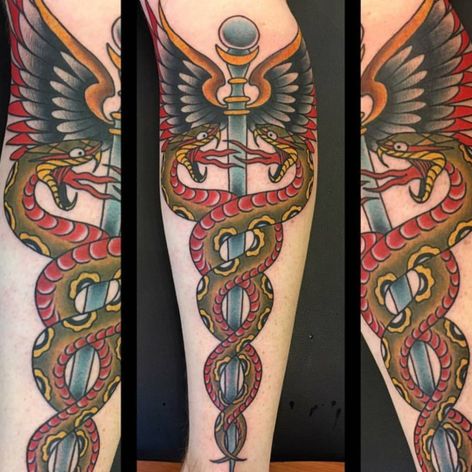 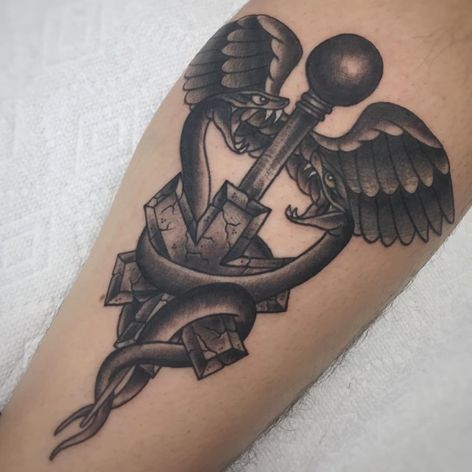 The caduceus, as seen in all of these tattoos, is actually the staff of the Greek god Hermes and, by extension, Mercury in the Roman Pantheon. It’s representative of all the domains over which Hermes ruled, commerce and negotiation at the forefront. It is said that the wand could make people sleep or wake up at command and cause someone’s death to either be painful or peaceful, depending on the messenger god’s will. In terms of symbolism, its association with medicine is ironic in that the caduceus is also indicative of the element mercury, which causes neurological disorders in humans and can kill us. Be careful with those thermometers, kids. 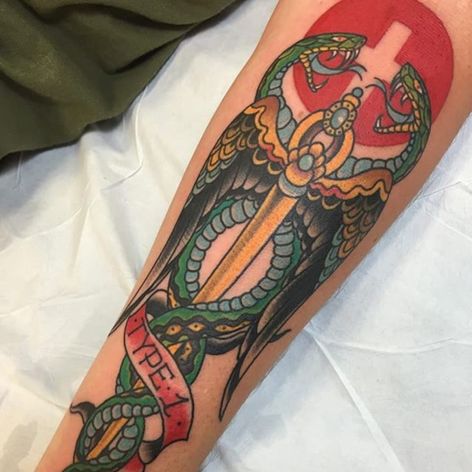 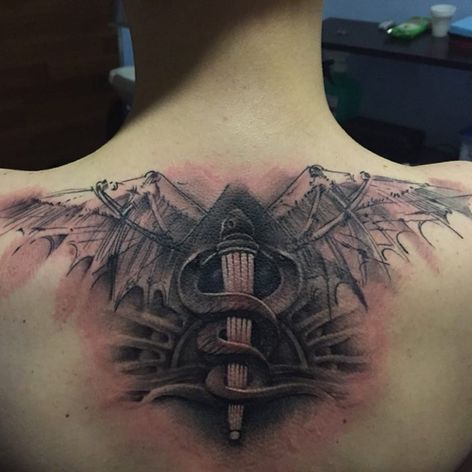 There are numerous creation myths behind the Staff of Hermes, but a particularly famous one involves the most iconic fortune teller from ancient literature — Tiresias. In this legend, the blind seer stumbles across two snakes mating on the ground. Using his walkingstick, he strikes the female dead and finds himself instantly transformed into a woman — a procedure that health insurance would never cover nowadays. He continues this way, unrecognizable to everyone, until crossing paths with the male seven years down the road. Upon killing it, he regains his true form, his staff metamorphosing into the caduceus, which was later stolen by Hermes. 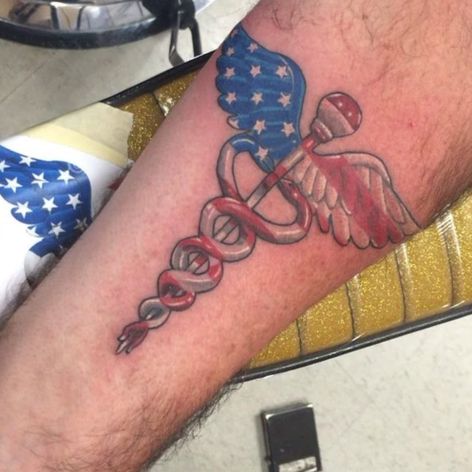 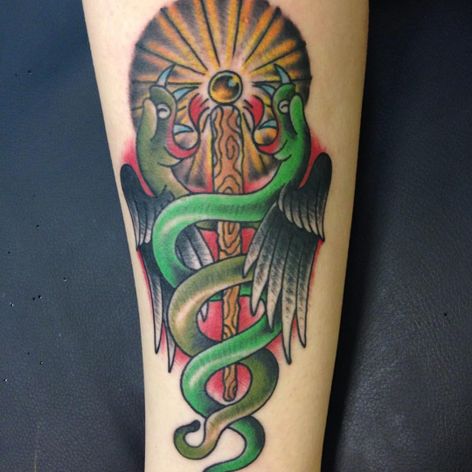 So the next time you see a caduceus, whether it’s a military patch or on someone’s skin, remember it’s most likely mistakenly intended to mean something medical, which (now that we think about it) makes it the perfect metaphor for our healthcare system — a total non sequitur. 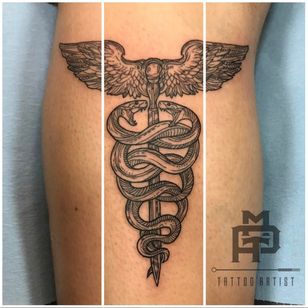 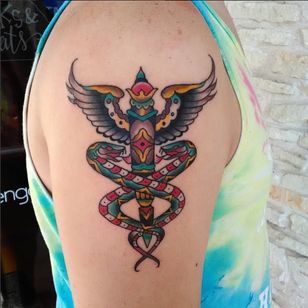 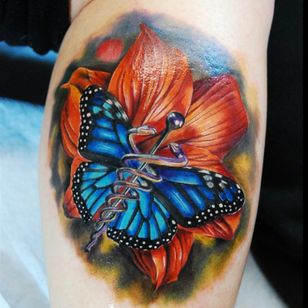 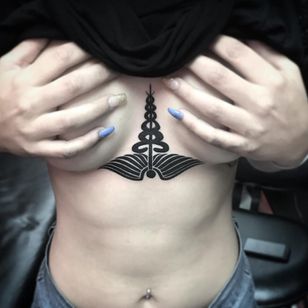 To see more robust body art, make sure to follow all of these tattooists on Instagram. Should you want a caduceus tattoo, with the knowledge that it in no way, shape, or form represents anything medically related, then have one of them design it for you.