Nothing kicks more ass than fantasy tattoos. Only the hardest of the hardcore nerds dare get themselves inked with sick fantasy imagery. These are the alpha nerds. And within their ranks is an upper echelon of the coolest nerds in the world, those who have adorned themselves with the illest possible body art – a wizard sleeve tattoo.

If you want to straight up get laid at sci-fi/fantasy conventions, a wizard sleeve is the way to go. Sure, you could show up in the same stupid hat that Terry Pratchett always wore, but you want to set yourself apart from the rest of the crowd. Nothing is more attractive to fans of the fantasy genre than a whole arm (or leg) dedicated to a wizard. These mystical beings are nothing short of surefire pantie-droppers. 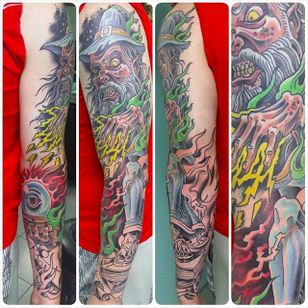 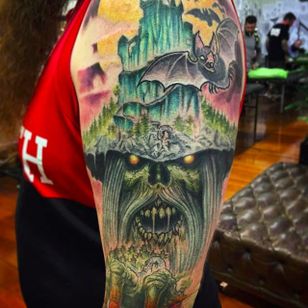 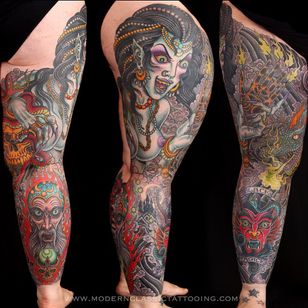 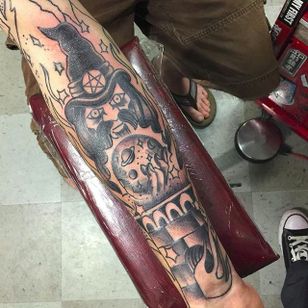 But why wizards? Well, let’s face it – wizards are sex. There is definitely a contingent that would try to argue that elves are the sexiest creatures in all of fantasy, but can an elf cast a spell to turn you both into tigers so you can have freaky tiger sex? Fuck no. And no one thinks dwarves are sexy, just take in a viewing of Werner Herzog’s Even Dwarves Started Small if you don’t believe us. The fact is, nobody gets hard over the idea of dwarf sex. (Editor’s note: Your tone here is too presumptuous. Some members of society have more… refined and eclectic tastes.) 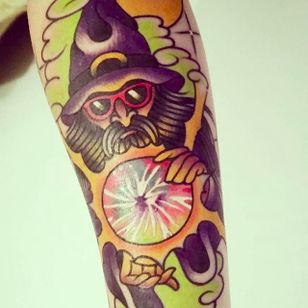 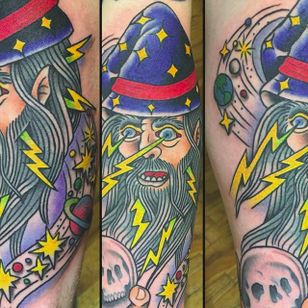 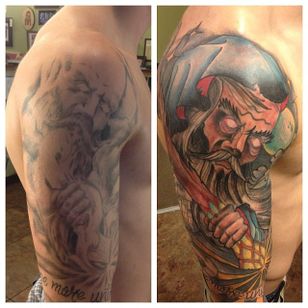 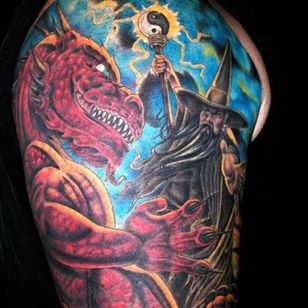