A monster pursues you through a series of stone corridors. You arrive, breathless, at a junction, the creature’s hooves clattering not far behind you. You frantically turn left, only to find another fork in the road. The path on the right appears to lead to a dead end, barely visible in the darkness, so another left it is, through a passageway that curls in on itself. The beast bears down on you, another dead end. Now you have no choice but to stand your ground and face the Minotaur. This hair-raising romp through a maze was actually a simulation of what it would have been like to be in the sandals of Theseus — the hero from the Greek myth that inspired all of these mesmerizing labyrinth tattoos. 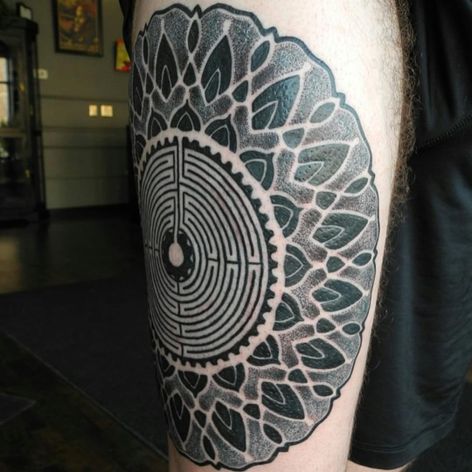 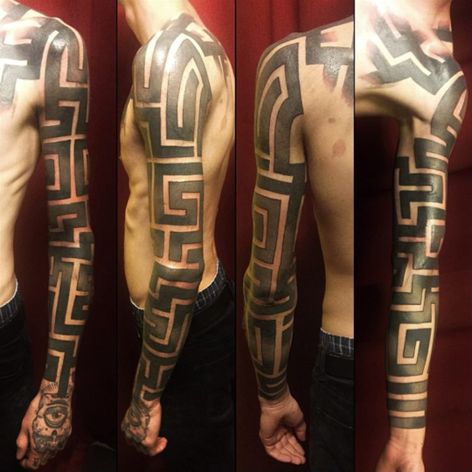 It is said that King Minos of Crete was sent a white bull to be sacrificed in Poseidon’s honor. After Minos refused, the gods bewitched Pasiphaë, his queen, compelling her to climb into a hollow wooden heifer, at which point the mythical albino bovine mounted and impregnated her. She gave birth to a creature that was neither man nor bull but a combination of the two — the Minotaur. The king commissioned Daedalus, the famous inventor, to create an elaborate structure to cage his abominable step-son. In order to satiate the Minotaur’s voracious appetite, every seventh year a virgin was sacrificed. Eventually, the hero Theseus, pitying these fallen maidens, vowed to slay the beast, and venturing into the maze with his lover — Minos’ own daughter — he laid the Minotaur low, ending its reign of terror. 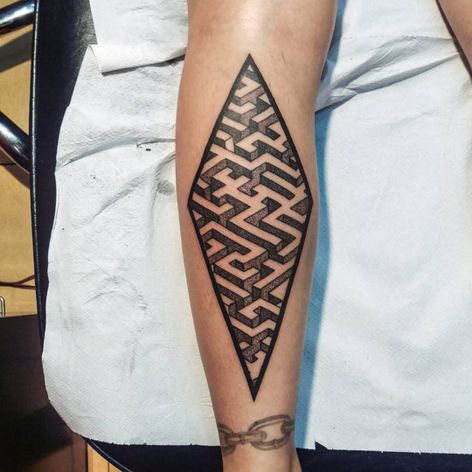 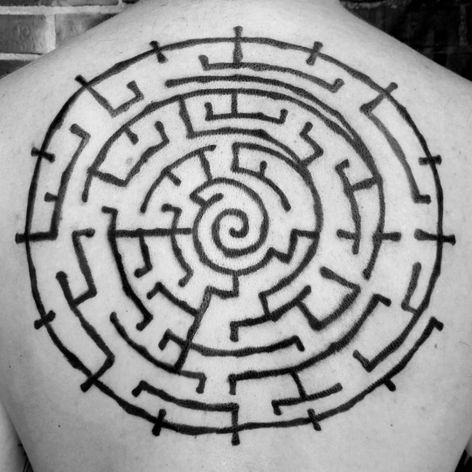 Beyond their themes of heroism, labyrinths have other powerful symbolic properties, the foremost of which is their function as objects of meditation. They’re often used as a tool for problem solving or achieving mental focus in professional fields ranging from early childhood education to occupational therapy. Unicursal mazes, like the original labyrinth in Crete, are thought to represent a journey inward into the self. Wandering into a maze and then retracing your steps from its center back into the world is a perfect metaphor for emotional introspection. In this sense, images of them can act as a sort of map for the mind. 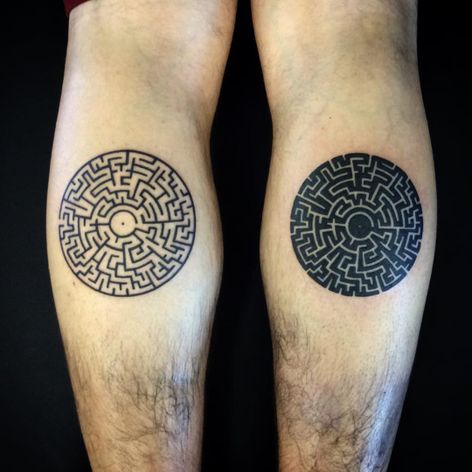 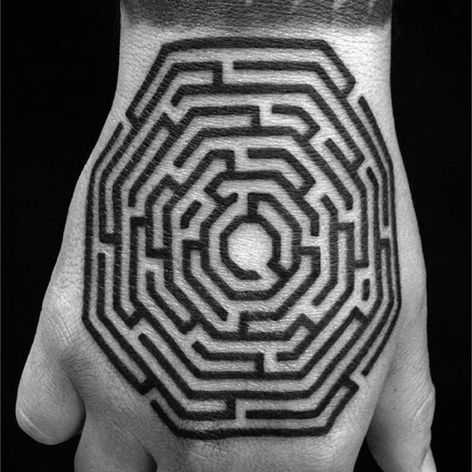 Labyrinths come in a variety of shapes and sizes in the world of body art. Some tattooists adhere to the original blueprint of the Cretan maze, while others create modernized versions with more unconventional layouts and multiple exits. They appear in a number of different styles, but look particularly mesmerizing when rendered in blackwork. Regardless of how they’re constructed, having a tattoo of a maze is like having a puzzle to play with all the time, but it also could save you in a crisis, helping you gain your composure when you need it most, just like Theseus fighting the Minotaur in the heart of the Labyrinth. 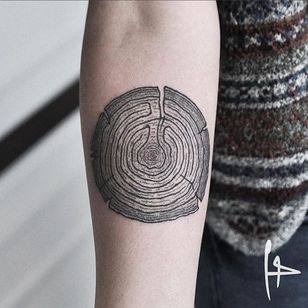 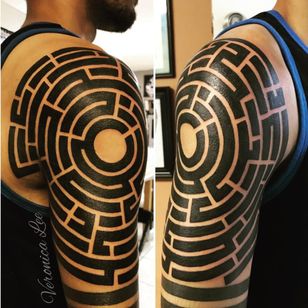 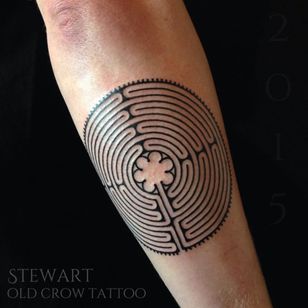 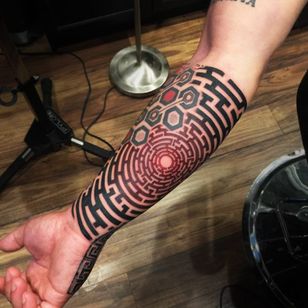 To see more meaningful body art, make sure to visit all of these artists' Instagrams. Should you want a labyrinth tattoo of your own, consider having one of them design a maze on your skin.