Through dangers untold and hardships unnumbered, we have fought our way here to the castle beyond the Goblin City to show you all of these tattoo tributes to the film Labyrinth. It’s difficult to put how much this movie means to us in words. Seeing David Bowie strut around in a pair of grey tights sparked a sexual awakening in many of us, and for others, it was witnessing Jennifer Connelly falling through a pit of groping hands (which is pretty gross considering she was only 15 at the time). Regardless of what scene captured our imagination, we all have our reasons for being so fond of the film, most of which relate to eroticism and Muppets. In fact, the allure of Labyrinth is so powerful that people get portraits of Jareth, Sarah, and even Hoggle on their bodies. 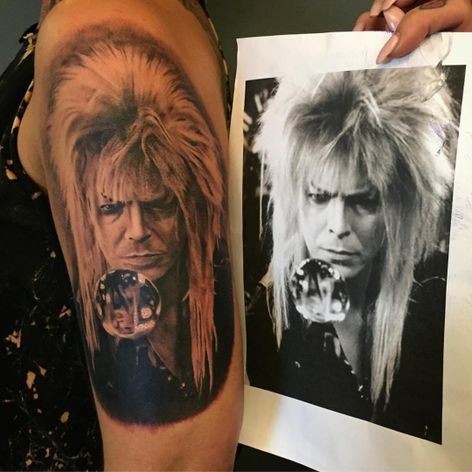 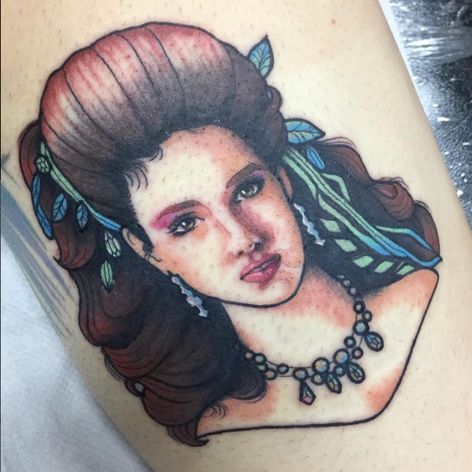 Though a large number of critics condemned the film on it upon its release in 1986, Labyrinth instantaneously became a cult classic among younger viewers, who could appreciate its risqué, Romeo-and-Juliet-discover-cocaine subtext. A grown man kidnapping a baby to lure his sister through a disorienting maze (even roofying her with a peach) to a castle sends out a pretty fucked up message, but most audience members simply become too enraptured in the movie’s magic to give two shits about consent. In short, the sexual tension between Jareth and Sarah is enough to make anyone with a pulse swoon or at least hump a couch, especially if you’re a hormonal teenager who’s just itching to be 18 so you can legally sleep with rockstars and get a tattoo. 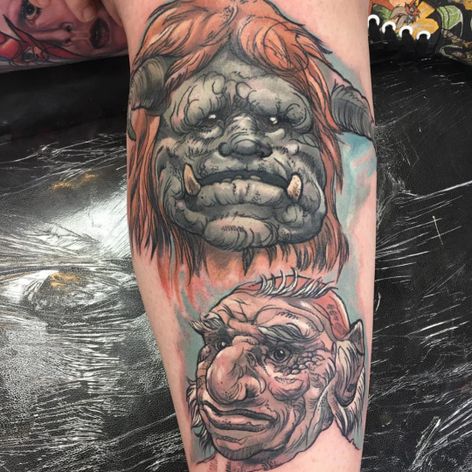 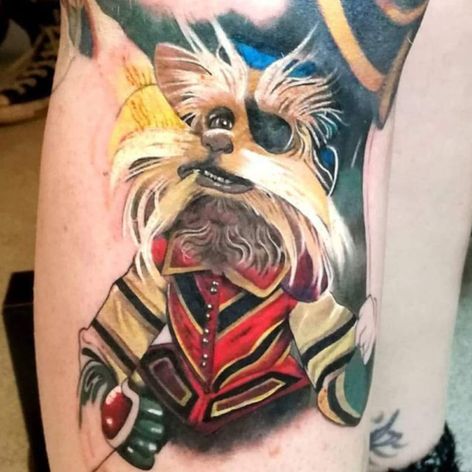 But it’s not just the erotic undertones that makes Labyrinth such an irresistible piece of cinema. For moviegoers who don’t get a rise out of reading between coy lines or picking apart suggestive visual innuendos, it’s the Muppets that attract them. The animatronics and puppeteering featured in the film represent Jim Henson’s genius at its most impressive. The other projects he worked on, like The Dark Crystal and Fraggle Rock, are all amazing, but — with characters such as Sir Didymus, Ludo, and the weird disembodied-head-juggling creatures — Labyrinth is hands down his masterpiece. The fact that so many fans have Hoggle’s ugly mug on tattooed their skin alone is a testament to its greatness. 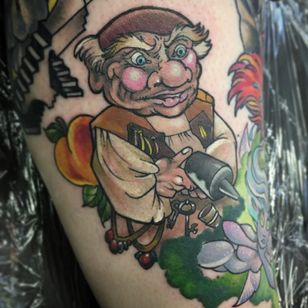 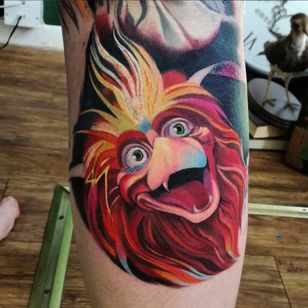 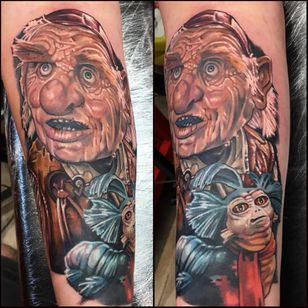 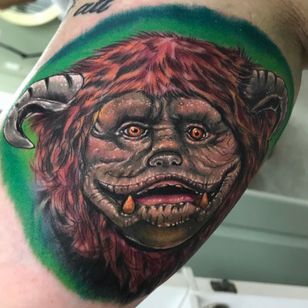 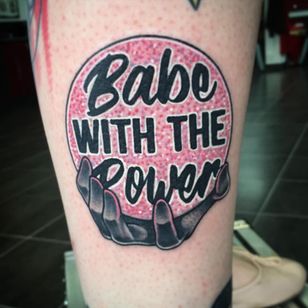 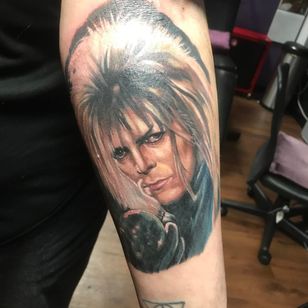 To see more portraits of figures from cult classics, make sure to follow these artists on Instagram. If you’d like to show your love of Labyrinth by getting a tattoo of your favorite character(s), have one of them design it for you.