Comedian Jen Kirkman has a new special out on Netflix, which is titled, "Just Keep Livin'?" To promote that stand-up comedy special, Kirkman has been making all of the media rounds, and even landed a spot on The Late Show with Stephen Colbert in order to promote the special.

Kirkman is the best-selling author of the book, I Can Barely Take Care of Myself: Tales From a Happy Life Without Kids and has produced three other comedy albums, Self Help, Hail to the Freaks, and I'm Gonna Die Alone (And I Feel Fine). Her second book,I Know What I'm Doing — and Other Lies I Tell Myself: Dispatches from a Life Under Construction, was released in April 2016. 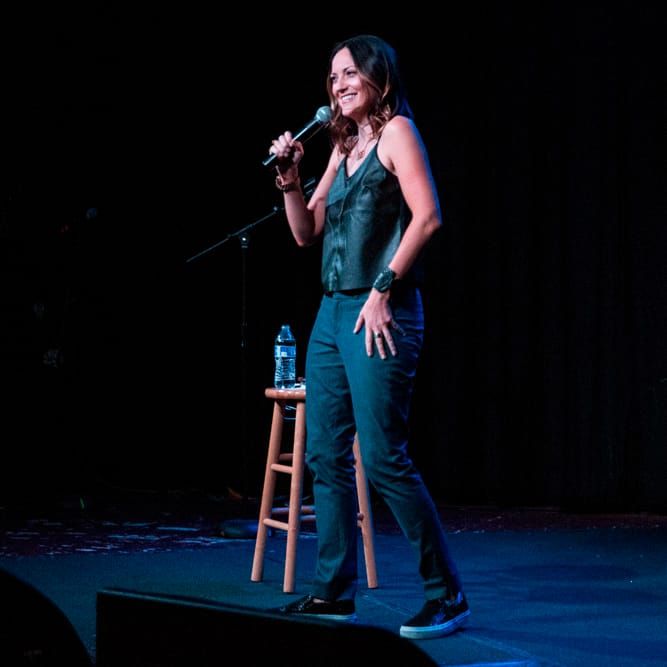 She's truly one of comedy's brightest stars shining, and it doesn't appear as though she will be slowing down anytime soon. So head over to Netflix and check out her new special, you'll be cracking up.