In this interview with Alan Powdrill, he talks about his recent project COVERED and why he was drawn to photographing heavily tattooed humans as a way to subvert stigmas and prejudices against an underground culture that is quickly becoming mainstream. 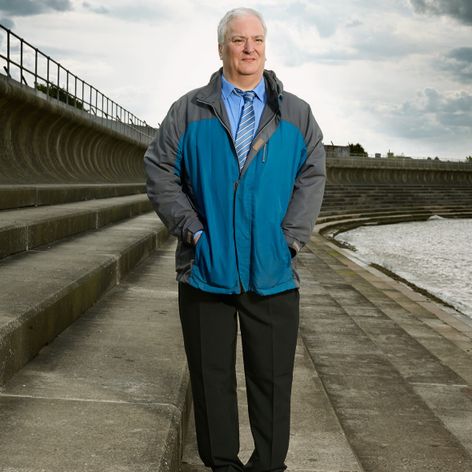 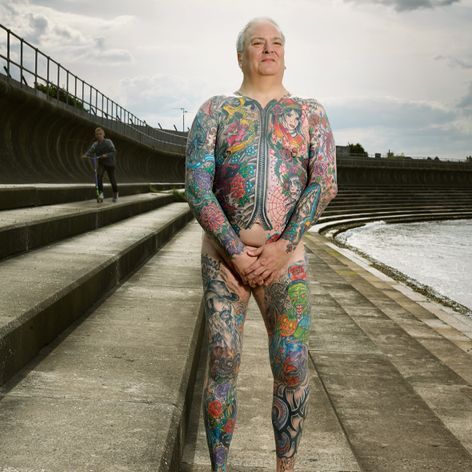 Graham Platts, 58, Cleethorpes - "I was 51 when I started and my father was already dead and my mum didn't say anything as she was in the early stages of dementia."

How did you get into photography and why was that the medium you were drawn to?

I got into photography when I was 17 when my best friend ‘found’ a camera and gave it to me. This was followed by college where I got hooked on the magic of the darkroom. Something hit home and I became addicted to the medium. 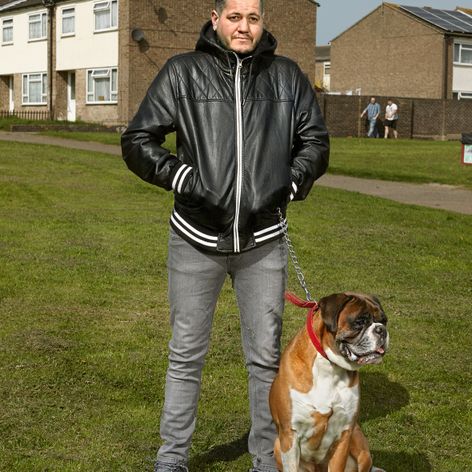 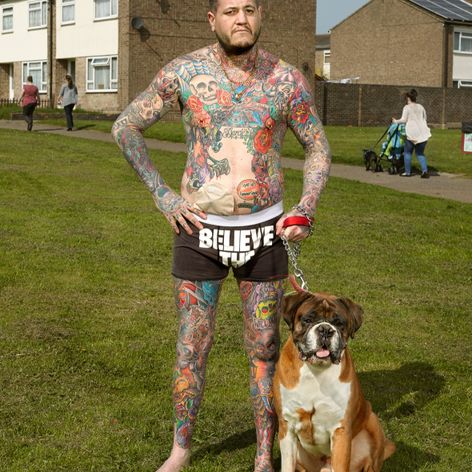 Peter Ramsey, 38, Colchester - "They have given me confidence in life since my Crohn's illness, I will love them in the future like I do now."

How has your style evolved over the years? Who are the photographers or other visual artists/art forms that inspire you?

Originally I was really into the social documentary masters like Robert Frank and Cartier Bresson and later photographers like Philip-Lorca diCorcia. After taking photos for a few years I realized people and portraits were where what I was most interested in. This then developed with a humorous angle and ever since I’ve been trying to make mages that make people think and hopefully smile. 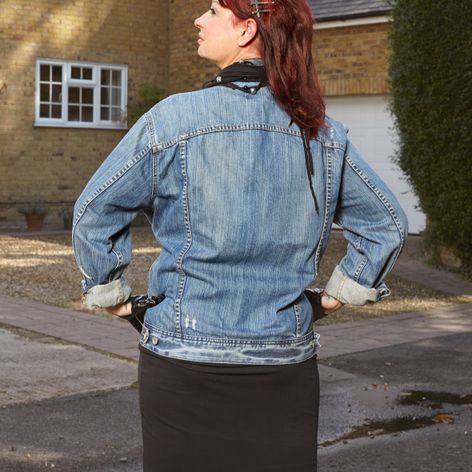 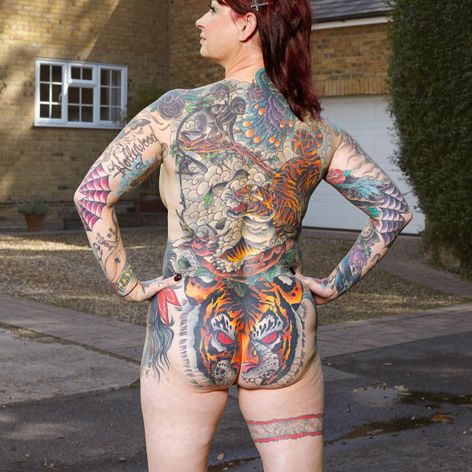 Izzy Nash, 48, Maidstone - "I love being different and everyday I'm asked about them at least once always getting a positive reaction. Good tattoos aren't cheap, cheap tattoos are not good."

Can you tell us a bit about your project COVERED? How did it start, and why was this particular subject of interest to you?

COVERED sets out to document the tattoo explosion through portraiture, exploring what they say about the identity of those addicted to ink. As a photographer I've always been visually intrigued by tattoos. My middle England upbringing meant very little exposure to rebels or mutiny; those who dared to change their appearance so drastically and permanently were attractive and exciting to me.

Shot in 2015-19, this project considers what happens when you can’t see the tattoos crucial to that person’s identity. Influenced by contemporary documentarians such as Rineke Dijkstra and Katy Grannan, the portraits in Covered are a million miles from the usual clichéd glamour studio photographs common to this subject. 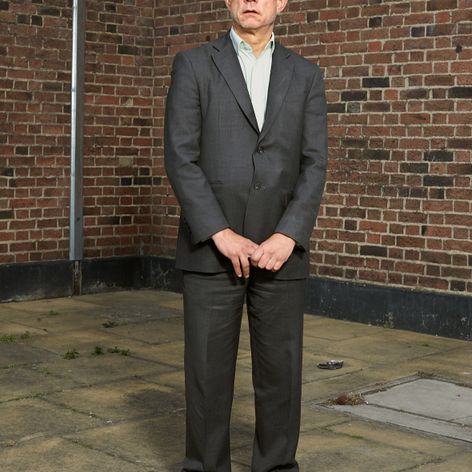 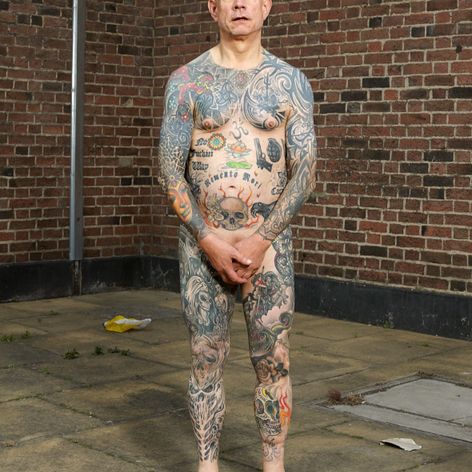 Bill Baker, 59, London - "I like the fact I'm middle aged, have a professional job and am surrounded by un-tattooed people, that I confound that image and not with pretty safe tattoos. No Fucking Way, as it says on my chest."

Each person was shot outside his or her homes, both with and without clothes, in an attempt to question our perceptions. How does the way we view these people change when we discover the ink on their skin beneath? Do we change our attitude to the housewife when we discover a huge tiger across her back and bum? Is the suited civil servant seen differently after the massive skull on his chest is revealed?

With interviews for each of the 40 people photographed, COVERED attempts to offer a sociological and visually arresting insight into a genre commonly seen but rarely questioned photographically. With a diverse range of subjects spanning the UK, this project offers an insight into a now hugely popular part of British cultural life. 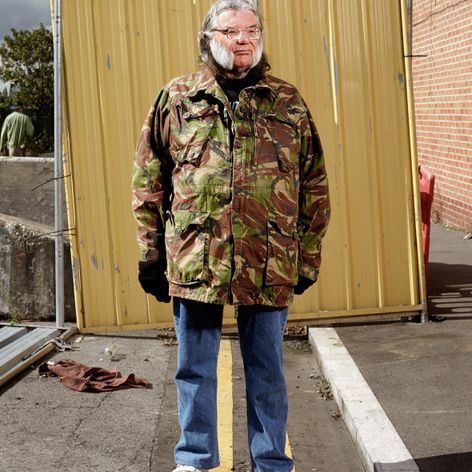 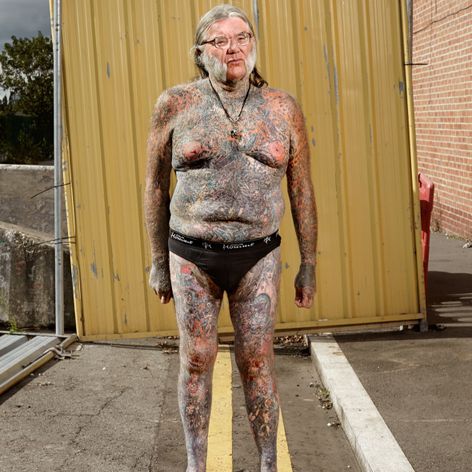 Did you find that similar themes were brought up when you were interviewing your subject for COVERED? What were the stories that really stood out to you?

The main thing that emerged was people’s passion for their ink; it really is a way of life for most of the people I photographed.

For me, your work is like a blend of Diane Arbus and Steve McCurry...there’s humor, but there’s also this way you have at looking at the authenticity of the human condition. What do you hope your works say to an audience?

My main aim is to make people think and question their prejudice about skin art when they don’t know people are ‘covered’. 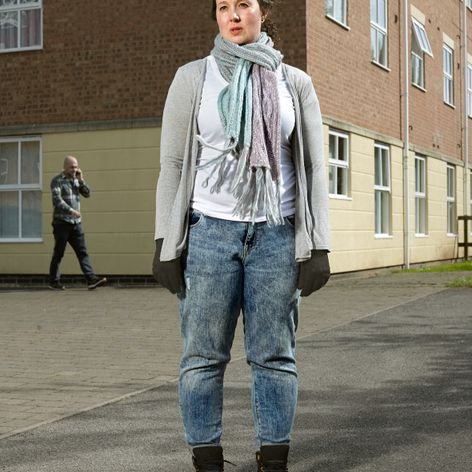 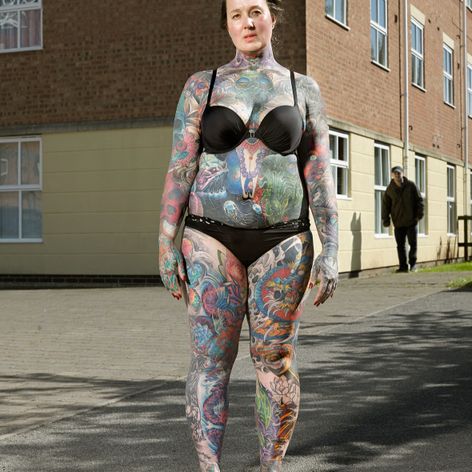 Victoria Clarke, 37, Coventry - "My tattoos are part of who I am and I'll always love my bodysuit now and when I'm 80. The respect and love I get for what I look like is what it's all about."

For COVERED, and your other series’, how do you find your subjects? Is there something in particular that you’re drawn to within a human? Is it physical or emotional?

Most of the people were found at tattoo fairs and conventions and almost 99% of the people I asked were very keen to be photographed. I think it’s human nature to show of your art, especially if it’s hidden or so permanent as a tattoo.

Are there any projects, travel plans, shows, or similar that you look forward to for 2020?

Hoping to travel for some shoots but not planned yet. I do have a project in the works which is a tribute to The Shining by Stanley Kubrick which is 40 years old this year. Watch this space. 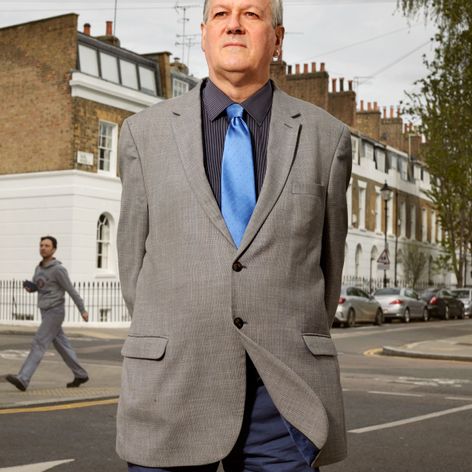 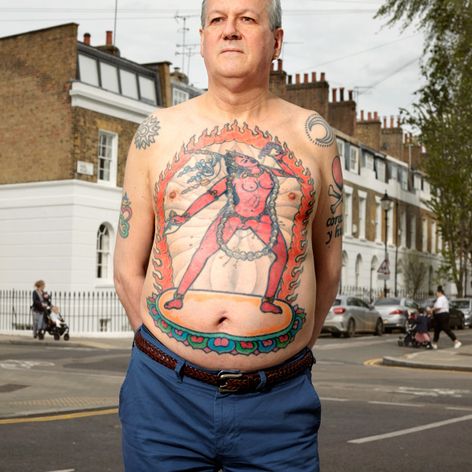