Matthais was kind enough to take some time off from killing it on his Haro La Bastille bike to answer some questions about his constant output of projects, his future hopes, and, of course, his collection of killer tattoos. 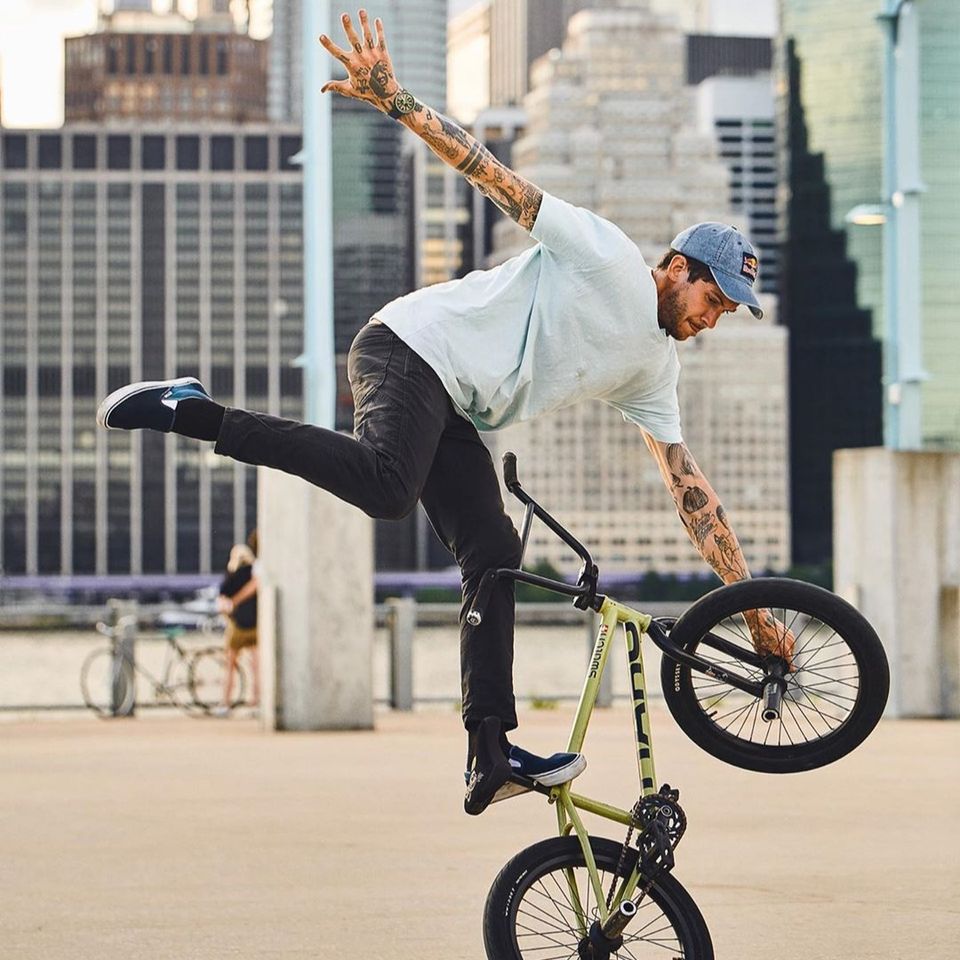 Currently you’re based in NYC. What do you love about the city and do you think it’s a lifetime stay? How has the quarantine time been treating you?

I have been in NY for a lil bit over 2 years. What I love the most about the city is the energy and the open-mind-ness of the New Yorker. When I ride out in the street, people always stop by to chat, I’ve met some amazing people like this. So many opportunities out here and so much motivation! New York makes you wanna do shit!

The quarantine has been great for me to settle down a bit. I’m used to travel over 250 days a year so it’s been nice to chill for a few month with my girlfriend and my lil dog. Love it so far but can’t wait to go back to work! 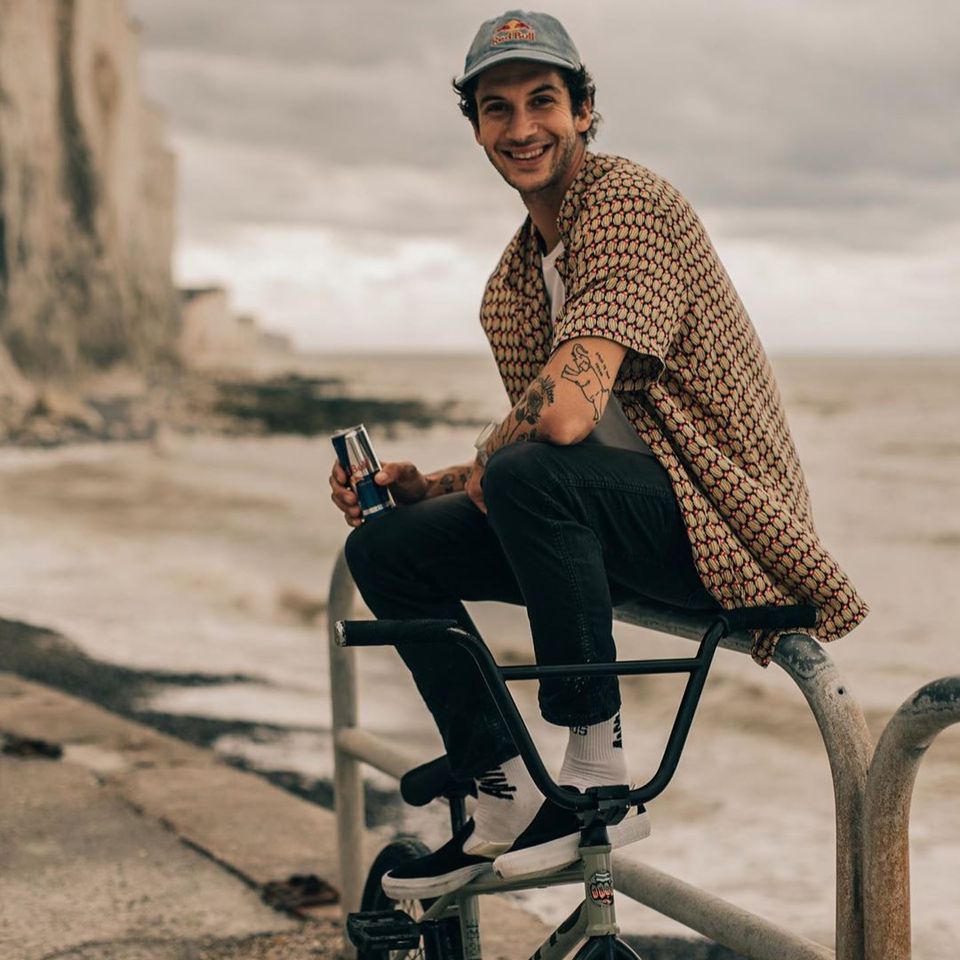 Any childhood memories that hint at the athletic and creative powerhouse you would become?

I have always been into sport, I used to play a lot of soccer and wanted to become professional as every other kid. I was not really good and the coach was a bully so I looked for a sport where I had more freedom. BMX came into place and I started to ride with my friends and loved it, and found out I was pretty good at it. I love the creativity in BMX, this is what I love the most in what I do. Creating stuff that has never been done before, and you can’t do that playing soccer. I’m glad I was bad at running after a ball and glad this coach was a dick haha 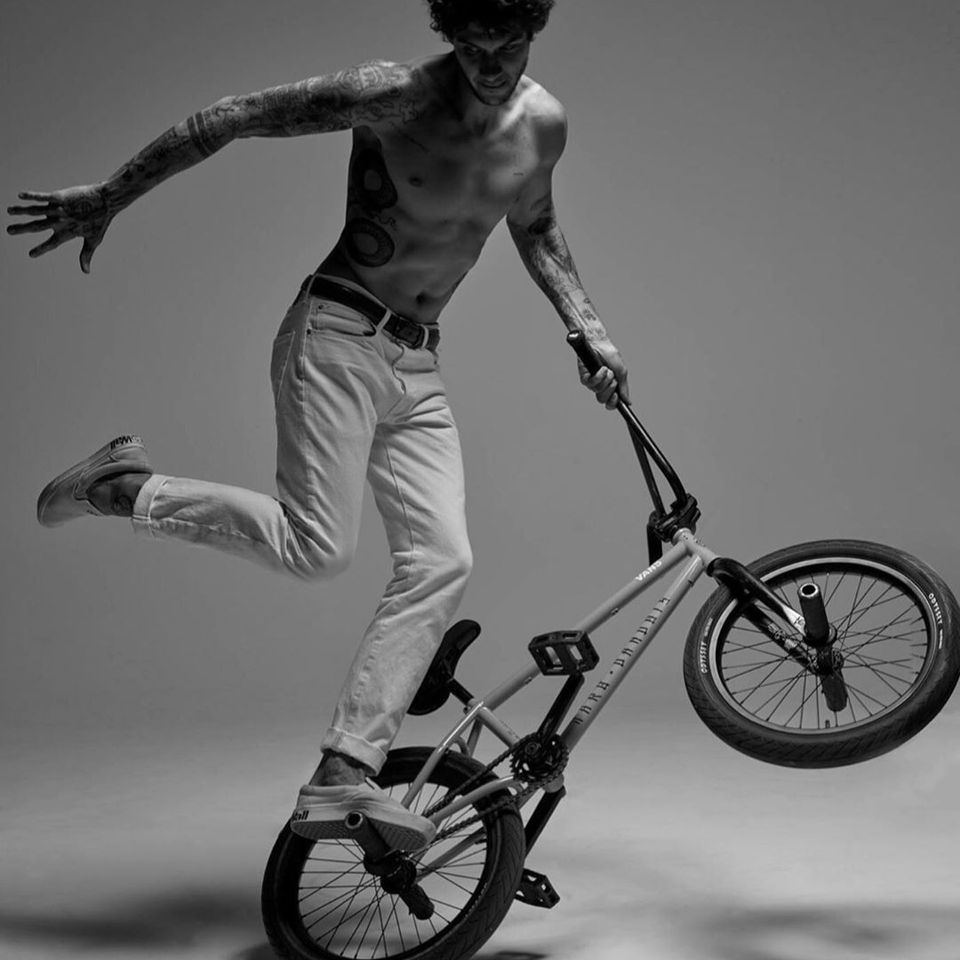 Sports like BMX and skateboarding almost automatically have a connection to tattoos. Why do you think that is? When did you get your first tattoo and why do you think it’s something you were drawn to?

Yes it’s definitely a part of our culture. I grew up with people like Alex Jumelin who was my mentor and was covered in tattoos, like 90% of the pro riders back then. I was always attracted to tattoos and got my first one when I was 17. It said "Rock and roll" in my left arm. I crashed on it riding BMX a few years later, it left a pretty big scar and the R now looks like a K. It says Kock and Roll now... Same same but different... 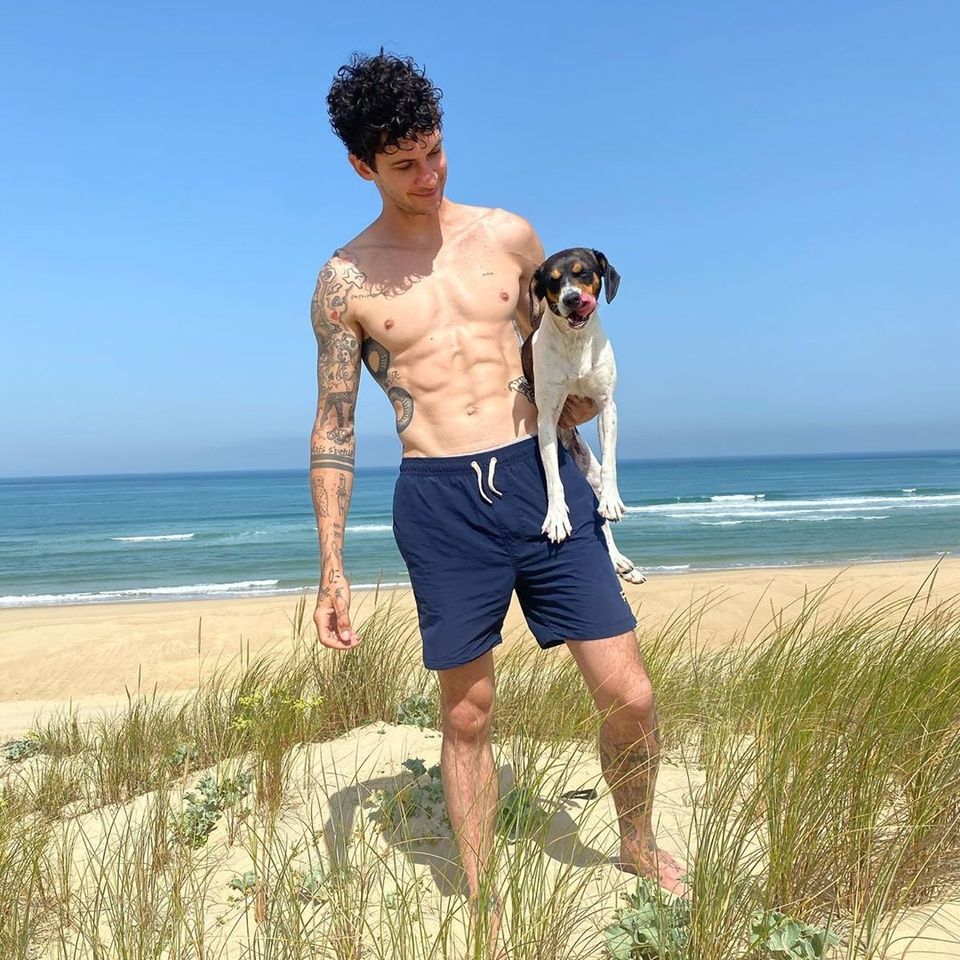 Your podcast Decoding Athletes has had some really awesome guests. What have been some key moments that really encapsulated what the show is all about? Any people you dream of having on the show?

It’s been sooo fun to get to interview the best action sport athletes in the game. My most memorable memories is with Mike Horn and his crazy traveling stories. I was so inspired after our talk. I would love to have Neymar on the podcast, I think his story is amazing and he has a lot to say! A lot of people hate this guy for the wrong reason, I had the opportunity to meet him and he is great.

How do you define success? What have been your greatest accomplishments and greatest struggles throughout your career? How did you overcome them?

Success is personal, success is how you define something you dream of. I think the worst thing to do when it comes to success is comparing yourself with other. There will be more successful people than you anyways so set your own goals and make it your own success. For me, being successful is reaching a goal that I set to myself: winning the World Cup, or learning a new trick, it comes in many form. My greatest accomplishment was definitely staying at the top of the BMX games for 15 years now. It’s pretty easy to win once, but it’s hard to be consistent at the top.

My greatest struggle have been back injuries. Those suck and it’s sooo hard to get rid of them. Lot of time at the gym and lot of pain to overcome them but it seems like I found a good balance with how I eat and How I take care of myself now. 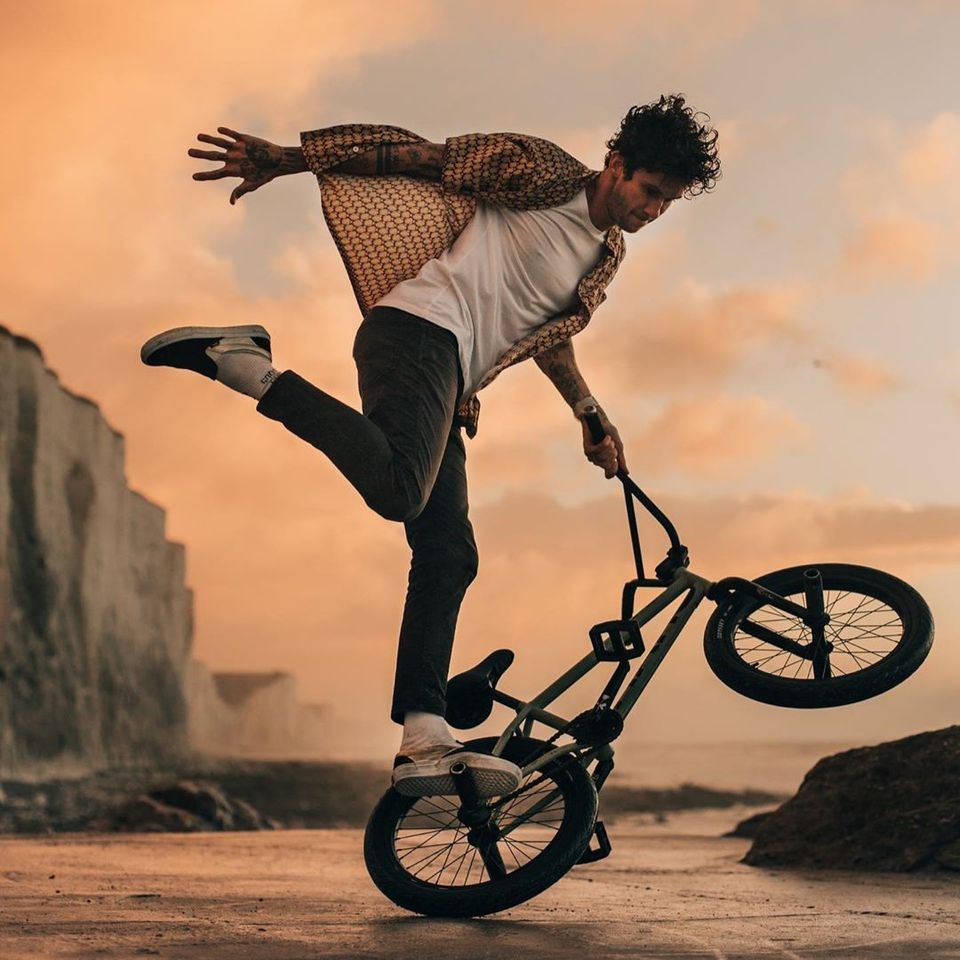 What do you wish people would ask you about in interviews, but never do?

Why do I only turn to the right when I ride? 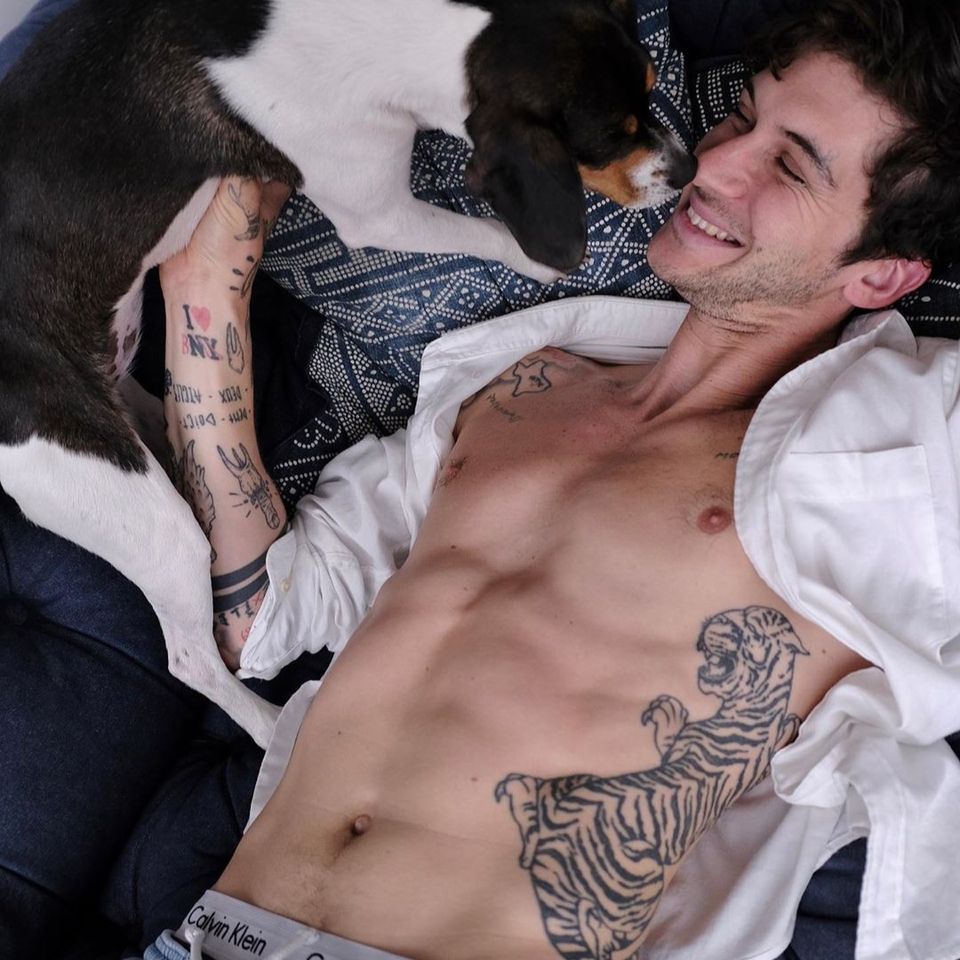 What’s your favorite travel story? Why do you think travel is such an important part of human life?

I think my most memorable trip was South Africa in 2013. We went there with Viki Gomez for a Red Bull trip called #BMXPlore. The idea was to do shows all around South Africa, in the posh areas but also in less "glamorous" area. We ended up riding in Soweto and that is still to this day one of the most amazing experience of my life. The people were sooo stoked to see BMX, they were dancing, they cooked for us, they were just so great. one of the kid in the township was pretty good at riding BMX but he had the sketchiest bike. At the end of the trip I asked for the kid to come to the airport before I left. He came out and I gave him my bike. I think I will remember his face my whole life.

He still sends me photos of him riding today. He didn’t sell the bike and he kills it.

Traveling has made me a better person 100%. It makes you more open minded and makes you take a step back from your own lil world. I wish everyone had the opportunity to travel like I do. The world would be a better place if more people were going out of their comfort zone. 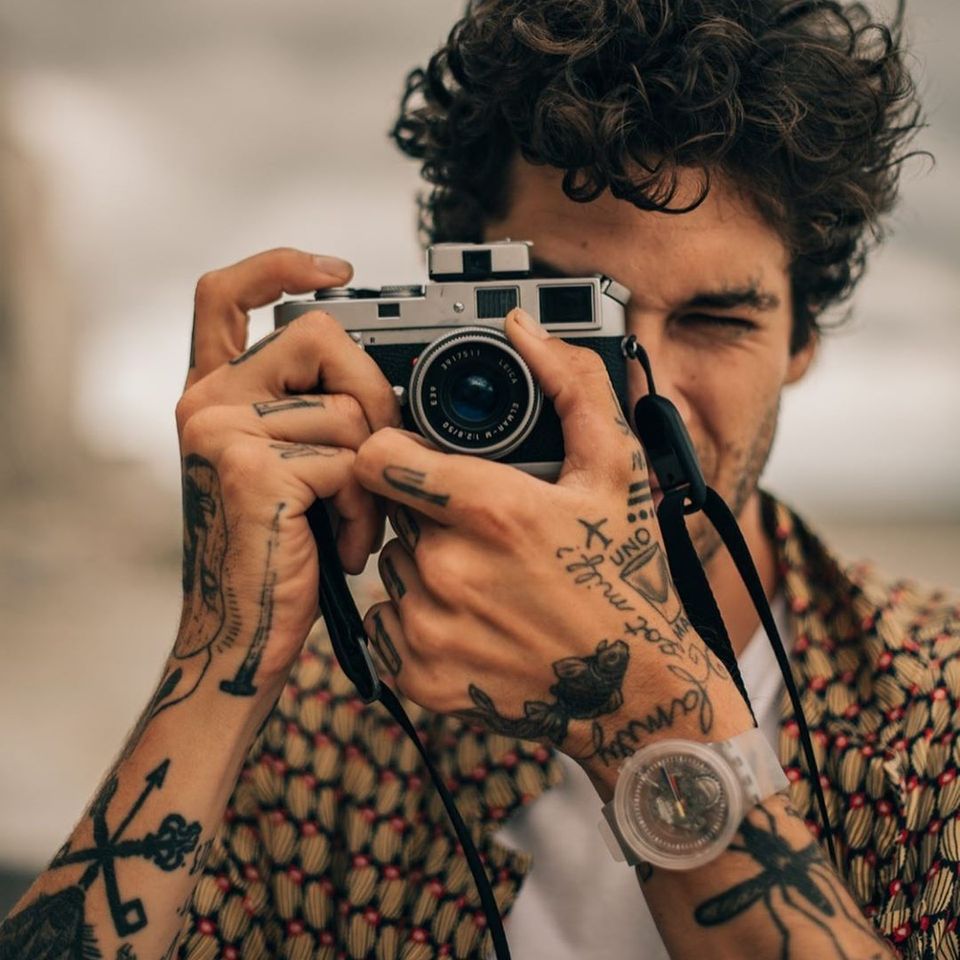 You’re stranded on a desert island and can only have one book, one toy, one movie, and one record. What do you choose?

One book: Blink by Malcom Gladwell
One toy: a rubikscube
One movie: Memento
One record: The last Yuksek record is so damn good. 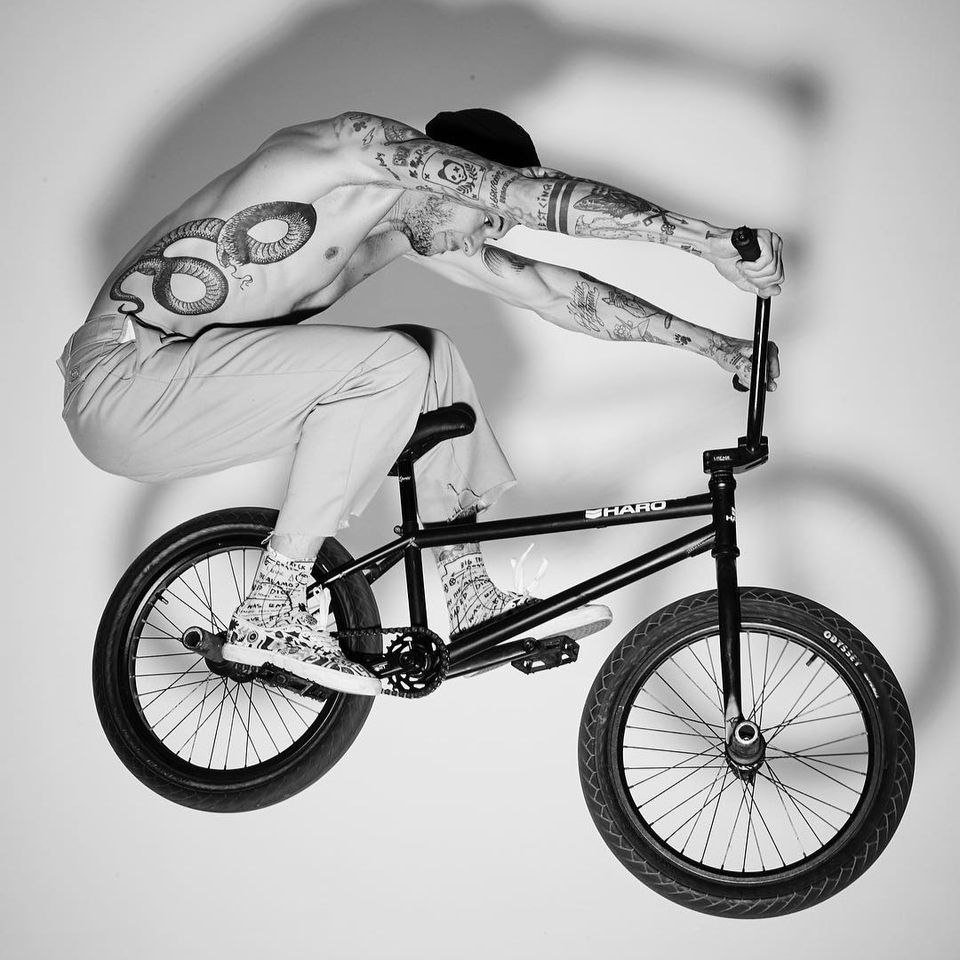 I’m doing an online BMX competition in September (yes, it’s a thing now), then I have a trip to Salt Lake City for my bike sponsor, then I don’t really know. Covid is kind of messing up my schedule right now so I’m just waiting. Stay safe everyone!