Documentary filmmakers are very rarely rockstars. You won’t find any Errol Morris, Ken Burns, or Morgan Spurlock tattoos on die-hard fans. Yet, there are exceptions to every rule, and we’ve recently become of one documentarian who does receive the tattoo treatment from his fans — Louis Theroux. Join us now as we examine a series of very unlikely inkings — Louis Theroux tattoos. 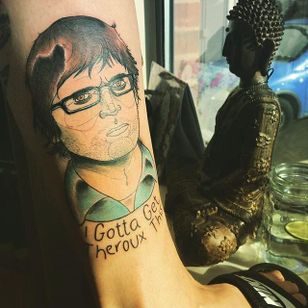 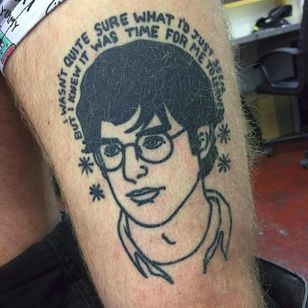 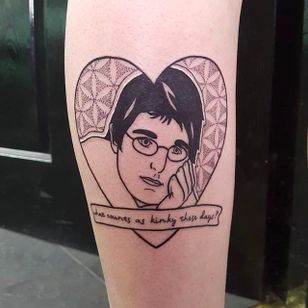 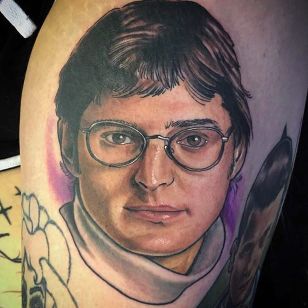 Theroux was born in Singapore in 1970. He moved to England a year later and spent the rest of his childhood there. He studied at Oxford and moved to America in 1992 where he found work as a journalist with the free weekly paper Metro Silicon Valley in San Jose. A few years later, he became a correspondent for Michael Moore’s short-lived television series TV Nation. 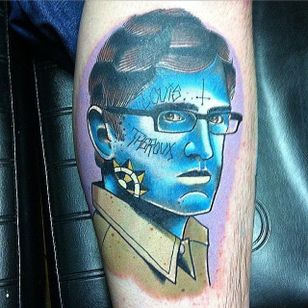 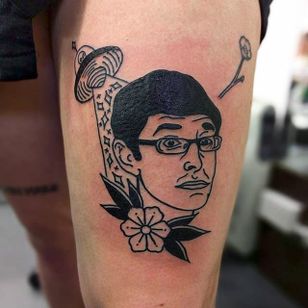 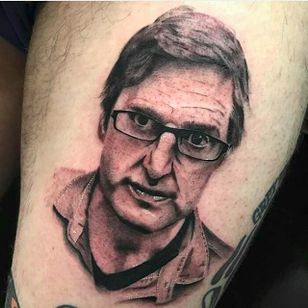 The Louis Theroux tattoos are all testaments to just how likable this unassuming little bloke is. Join us next time when we deliver 600 words on the one tattoo we can find of Michael Moore’s dumb, smug face.