Here we have donut tattoos, because...to be honest...we've been stressin a lil bit and instead of eating the entire contents of our fridge like usual, we've decided to just stare at food in all forms. Food pictures, food tattoos, friends eating food, food in films, films about food...all of it. Donut tattoos are best though because they are usually kind of sparkly, funny and colorful and really help us forget all that we are stressin about. Because, as a wise person once said, we know worrying works because everything we worry about never happens. Also..donuts and donut tattoos cure all. Just sayin. 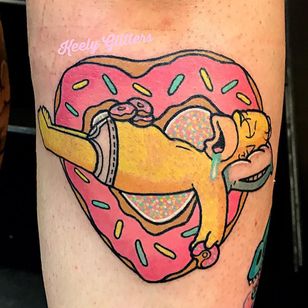 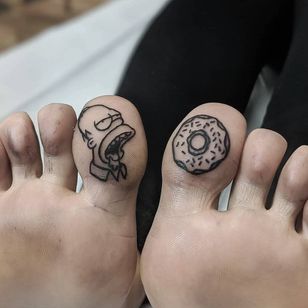 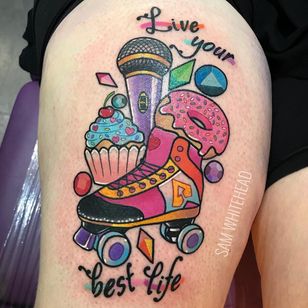 So, these donut tattoos, believe it or not, actually hold within them a very interesting history. Not only is it the history of food tattoos, and tattooing in general, but it is the history of the all wonderful, all powerful DONUT. Yes, our love for donuts goes deep. And it all started in ancient times, because the more natural shape for dough, besides flat...(hello, pizza)...is a ring. Or a big ball stuffed with yummy things like custard or fruit preserves. Jelly donuts are life. But actually the first mention of donuts can be found in a book published in 1809 called "A History of New York, from the Beginning of the World to the End of the Dutch Dynasty." 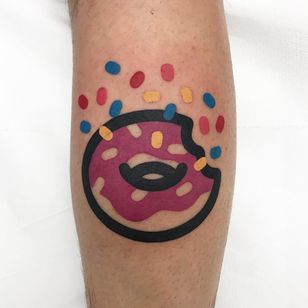 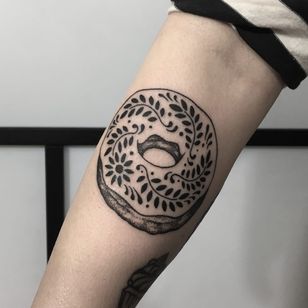 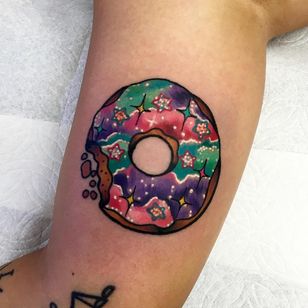 Sounds.....lengthy....so to condense it all down for ya, basically the Dutch brought over these delicious thangs called doughnuts, or oly koeks, which were sweetened balls of goodness fried in hog fat. Holy smokes, thanks to the Dutch we now have our favorite food scattered all over the fair country of the US of A in the form of fatty ol Dunkin' Donuts. And no, actually, America does not run on Dunkin. We are all actually gluten intolerant. Which is partly the reason for this fabulous collection of donut tattoos...and why you'll find us drooling and staring at you if you happen to be munching on one of the marvelous baked goods these donut tattoos are based on. 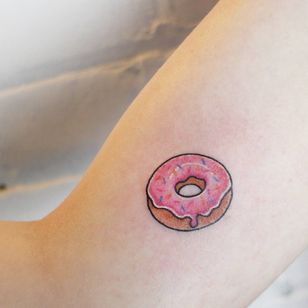 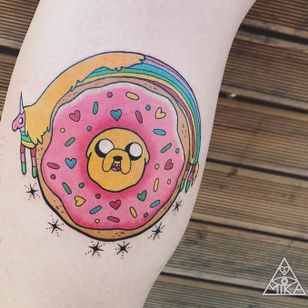 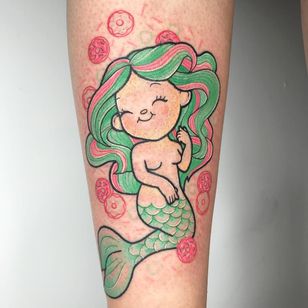 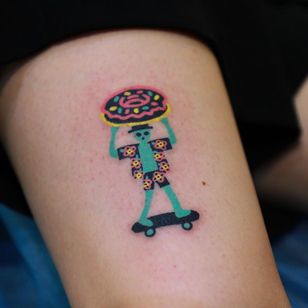 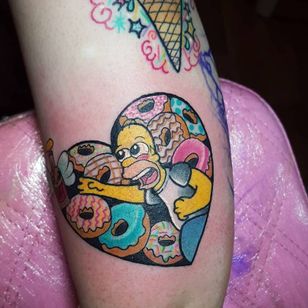 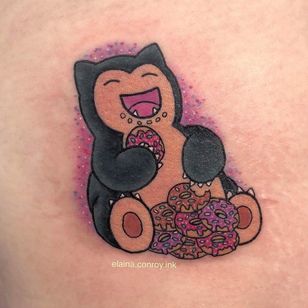