Nothing is more satisfying than breathing new life into a previously loved pair of Levi's, just ask the brands that have made a name for themselves by doing just that. There is the obvious route of restoring them to their former glory, but updating them in a way that is tailored for a more modern aesthetic, much like brand luxury denim company Re/Done, but then there’s the less traditional route that Dr. Romanelli, or DRx, is best known for. Taking previously owned, vintage pieces of clothing, tearing them apart (an act that is borderline blasphemous nowadays), and reconstructing them into a completely new item of clothing, Dr. Romanelli has made a name for himself by breathing new life into worn out jeans. If collaborations with the likes of Coca-Cola, Disney, and Converse don’t qualify you as a successful artist, we don’t know what does. His most recent collaboration, due out sometime early next year, is a series of jackets made from vintage Levi’s in partnership with artist Matt “Manface” McCormick. 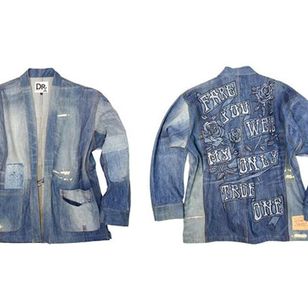 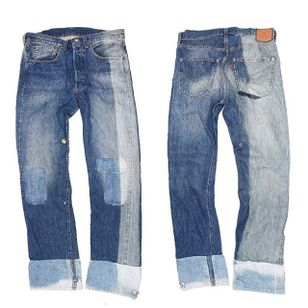 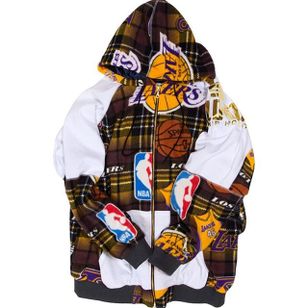 Known for limited edition, one of a kind runs of recycled clothing, Romanelli’s previous collaborations include beachwear company Stussy, in which he created a wearable recollection of the brand’s history by melding vintage pieces with new ones. His collaboration with Disney Couture, in which he created jewelry inspired by classic Disney characters out of junkyard materials was absolutely inspired, and his collaboration with Converse x RED in which he took a playful spin on the classic Converse All Star shoe by using materials like duck canvas, gum soles, and peacoat wool to create a take on an American flag was widely well received. Partnering with artist Matt “Manface” McCormick, however, is a new spin and a highly anticipated one at that, as Romanelli hardly ever calls on outside artists to partake in his projects. 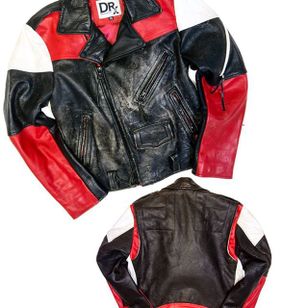 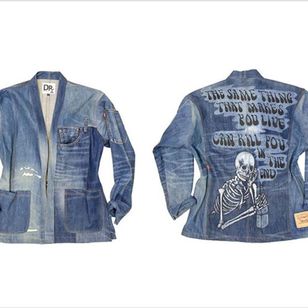 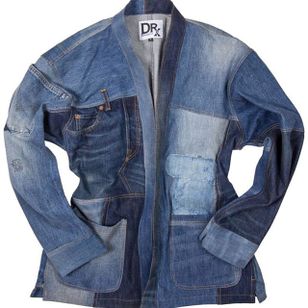 McCormick is a Los Angeles based artist whose work deals largely with the wild west and California’s diverse history. Influences of cowboys, chicanx culture, and text with subjectively darker undertones are what comprise the majority of his work. Together, the two have created a line of “kimonos” made from vintage Levi’s, with Romanelli creating the garment, and McCormick adorning it with his signature somber text. Although the entire line has yet to be released, Romanelli has hinted at a few designs via his Instagram. Thus far, the collaboration includes a jacket that reads, “fare you well, my only true one,” and another boasting a skeleton smoking that says, “the same thing that makes you live, can kill you in the end.”