Arale Norimaki of the Dr. Slump and Dragon Ball fame makes an awesome comeback in these lovable tattoos that are bound to get you nostalgic — straight from the animé time capsule! 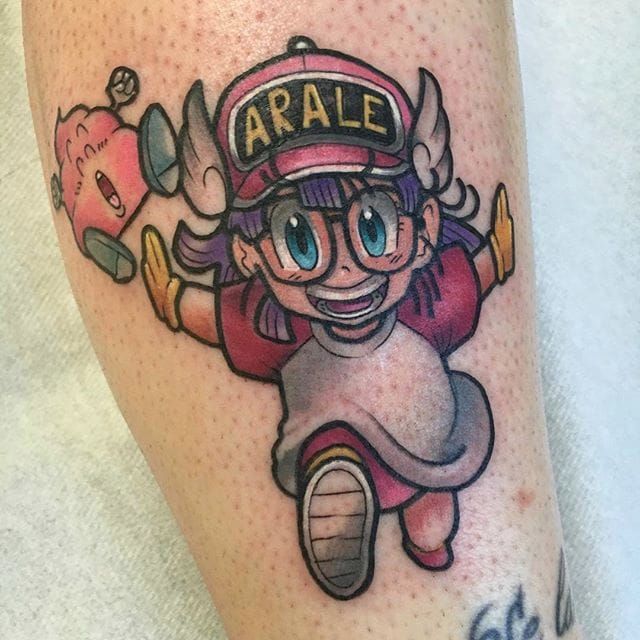 For starters, the ever adorable Arale has something in common with Marvel's Squirrel Girl and Saitama/One Punch Man — both of whom were designed as parody or joke characters possessing immeasurable strength and capable of incredible feats. The character of Arale first got her big break in a few Dragon Ball appearances, charming fans with this pint-sized comic relief. There's never a dull moment with this little one.

Interestingly, Arale wasn't what creator Akira Toriyama had in mind when he designed a robot for Dr. Slump. Comic panel limitations and his editor's weakness for cute things produced Arale Norimaki. See the lovable purple-haired robot girl brought to life in these bright Arale tattoos! 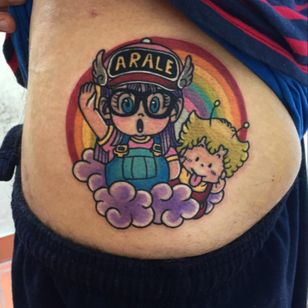 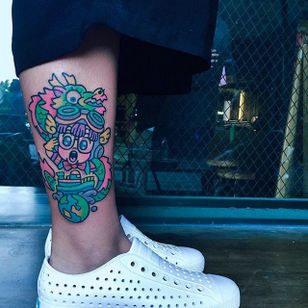 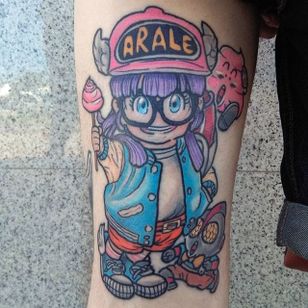 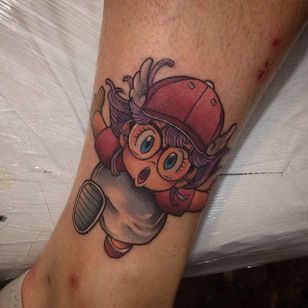 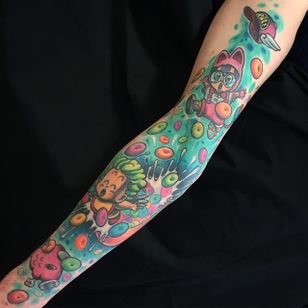 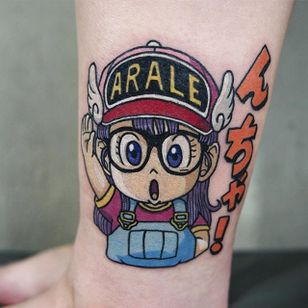 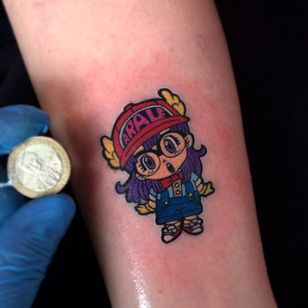 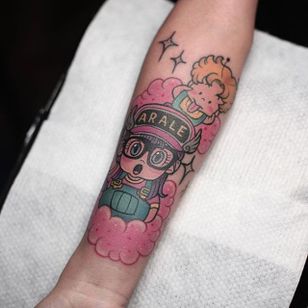 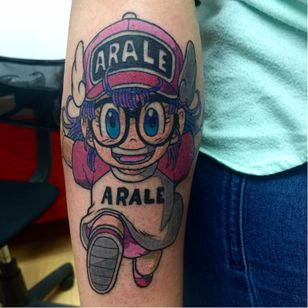 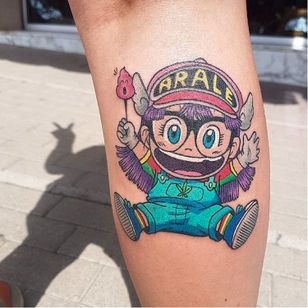 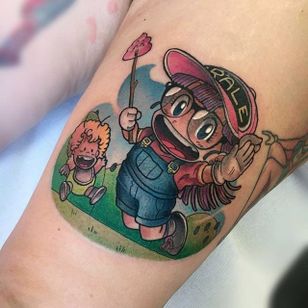 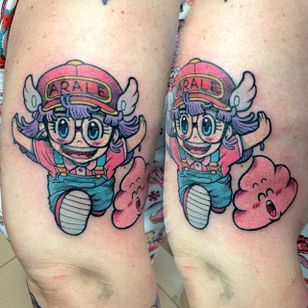 Get your dose of animé tattoos here: