This week the internet got the sad news that French fries will kill you. And here we thought we were expanding our lives with greasy fistfuls of fried potatoes. This is such sad news, as some of us here at Tattoodo live off of a diet that is 70 to 80 percent French fries. Given that science has never made any of us change a goddamn thing in respect to our health, we’ve all accepted that death will be coming for us sooner rather than later. In memory of our shortened time on this earth, we’ve got some sizzling French fry tattoos for you. 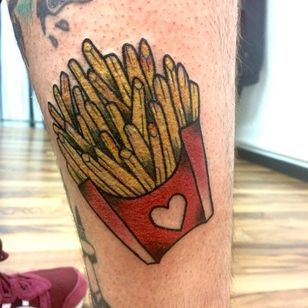 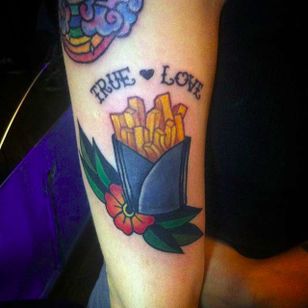 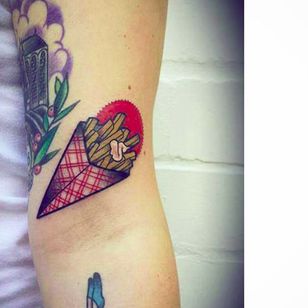 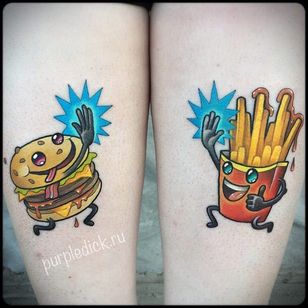 There’s actually a hot debate as to whether French fries originated in France or Belgium. The Belgians claim their fries originated around the 1680s, while France only lays claim to inventing the food circa the 1770s. We’re going to given the nod to the Belgians here for two important reasons. One, Belgian fries are amazing. They take that shit super seriously and it’s practically the national food. The best fries I’ve had in my life were in Belgium. Two, fuck France. 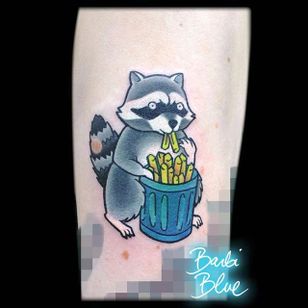 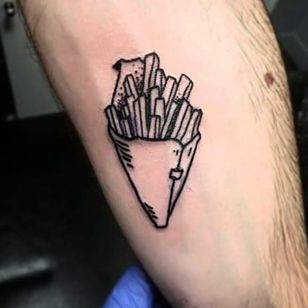 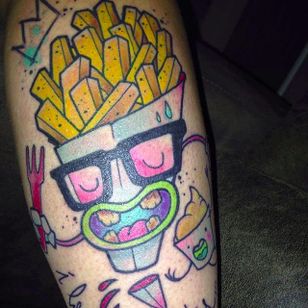 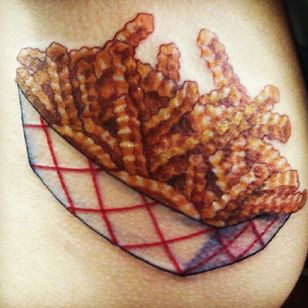 Don’t these French fry tattoos just make you not want to live forever? Us too. See you on the other side, brothers and sisters.