On Trailer Park Tattoo's website, Tommy Doom's work is described as "clean and traditional." His body art is a wonderful mixture of fine lines, carefully dispersed negative space, and bright contrasting coloration. He expounds on timeless motifs to make them stand out as his own in intriguing ways. Now, get ready to take in his kick-ass traditional tattoos of classic iconography, such as lady heads, snakes, tigers, and more. 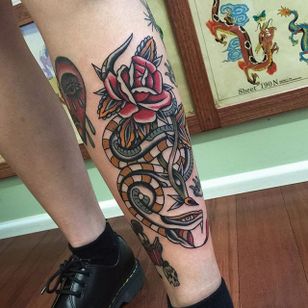 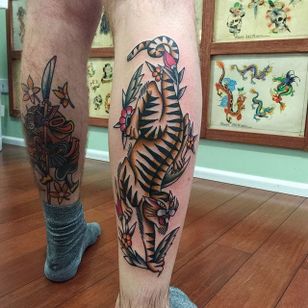 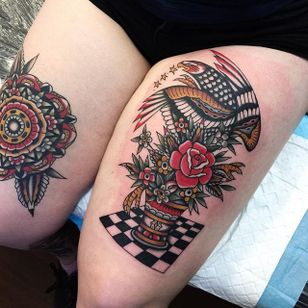 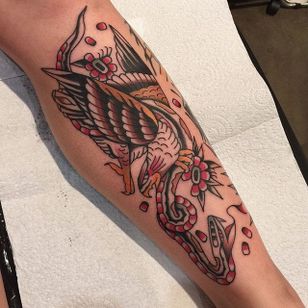 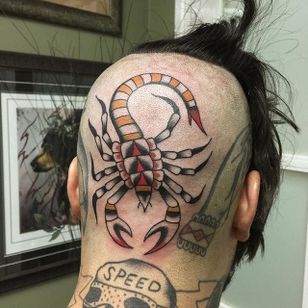 For working so devotedly in the traditional style, Doom's take on the genre employs surprisingly fine lines. Through using delicate linework, he is able to embellish conventional motifs with an incredible amount of detail. Take the checkerboard pattern on which the flower pot sits in one of these eagle tattoos for instance. Without the use of a smaller single needle, he would not be able to render such exquisite technicalities in his work. In addition, it also is what enables his use of such rich color palettes. Because the lines are so narrow, it opens up plenty of space with which to go crazy with chroma. This effect is particularly astounding in pieces like his floral mandalas. 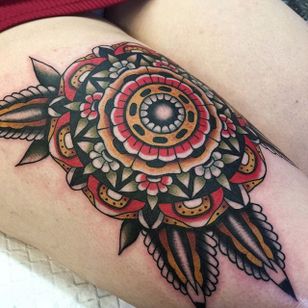 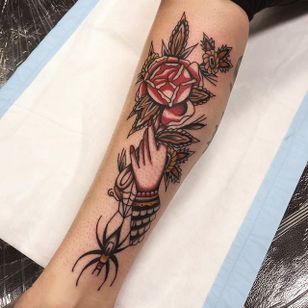 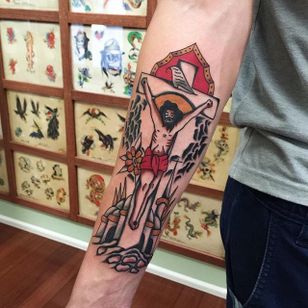 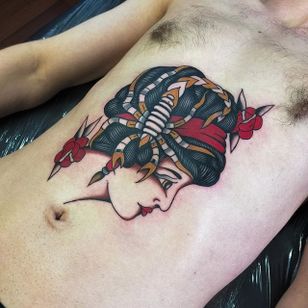 Though Doom is a master of all traditional iconography, he has a few motifs that stand out more than others. His scorpions are probably the best example of this. The way he stylizes them, using a pronounced color sequence to bring out the individual segments of their bodies, is killer. Their appendages are slightly reminiscent of a coral snake's pattern, highlighting their venomous thematic. If you take the time to appreciate his other creatures' stylistic departures from the usual conventions, their individuality becomes apparent. The rich texturing of his tattoos' wings, be them eagles or butterflies, are exemplary of his unique artistic sensibilities come through in incredibly striking ways throughout all of his work. 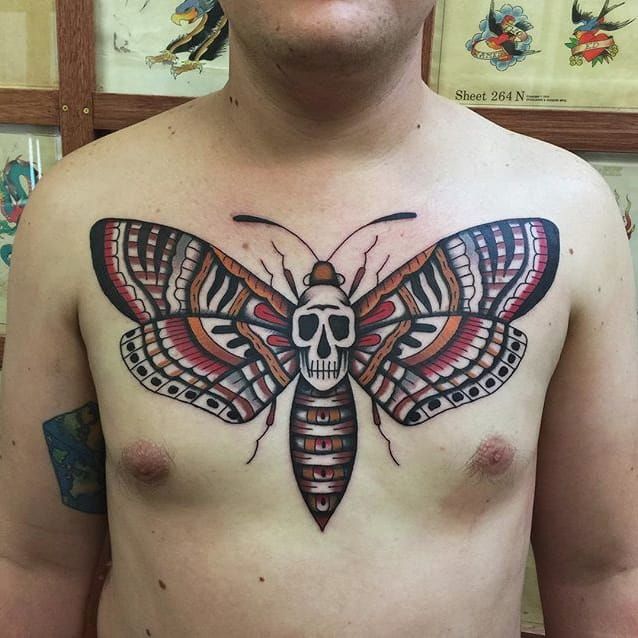 If you want to see more of Doom's stylized traditional work, check out his Instagram. Should you want some of it for your very own, the shop he works at is in Brisbane, Australia, and he can be reached at tommydoombookings@gmail.com to schedule a consultation.