The most beautiful part of flash is that it doesn’t necessarily have to subscribe to a specific style; illustrative, traditional, neo-traditional, or some sort of medley of all three, truth be told there are no rules. This is what allows artists like Daniel Teixeria to create such wonderfully dark art. Gaining inspiration from the macabre, underworld, and spectacular ghouls, Teixeria’s flash is a combination of portraits and surrealism that’s derived from the darkest depths of hell and your wildest nightmares. Describing himself as a neo-traditional artist, Teixeria’s subjects deal largely with otherworldly creatures, ghouls, and demons of sorts, and his flash is no exception. 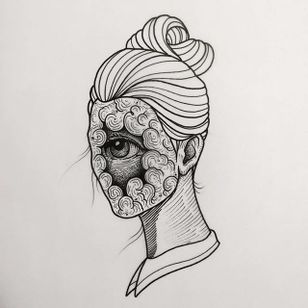 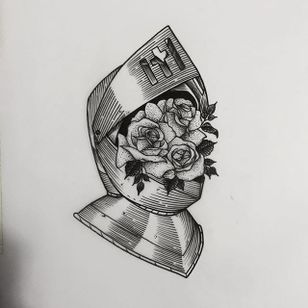 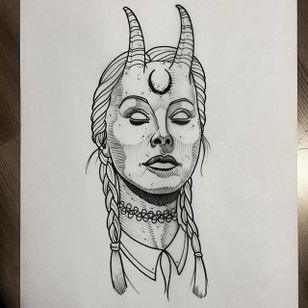 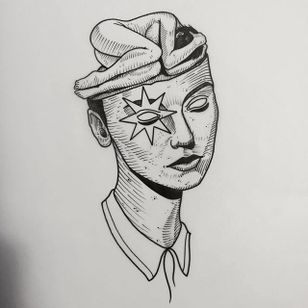 Citing his main sources of inspiration as wood engravings, there is a certain carved and artisanal quality to his tattoos, often incorporating line work and etching techniques. His flash, however, has a distinctly haunting quality to it. Generally speaking, his flash art favors portraiture as its main subject matter. Illustrating things like demons, scorpions, and blank faced ghouls alike. The main things that ties them all together, though, is their distinct lack of facial features. Teixeria takes care to leave out a few key things that make up their faces, in essence creating a uniquely haunting effect. Demons are shown with hollowed out eyes, while portraits of men and women are lacking any sort of nose, mouth or eyes. Teixeria instead chooses to darken their faces with lines and black negative space. On more than one occasion, he swaps out a woman’s facial features for mysterious swirls that resemble smoke and an all seeing eye of sorts, creating a sort of hideous monster. When a face is shown in its entirety, it’s of a woman through the silhouette of a scorpion, creating a rather ominous effect. 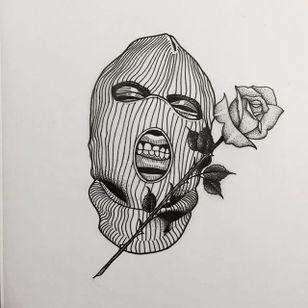 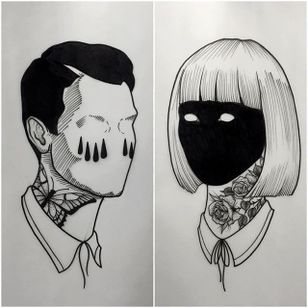 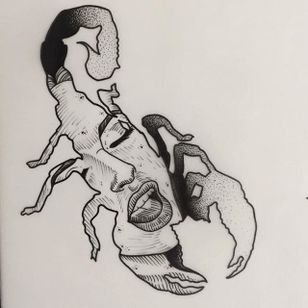 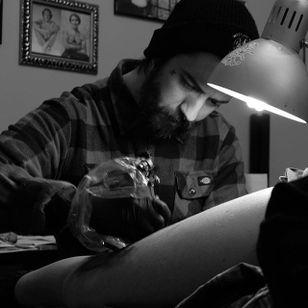 While Teixeria does tend to gravitate towards surreal portraiture, his flash isn’t limited to just ghoulish figures, although his style does carry a darker tone throughout the entirety of his work. Things like shibari, a Japanese style of bondage, mouths sucking on lollipops, and snakes have crept their way into his art, denoting highly sexual undertones. While Teixeria is located in Portugal, we’d have to say that the venture out there might be well worth it.