I spend a lot of time in what could be considered stores for nerds. What can I say, I’m a man-child and my shopping list is full of Gundam model kits and wall scrolls. And when you’re a gentleman of discerning taste like myself, you gotta go to the source. But there’s been an alarming trend in the shelving space at ThinkGeek and the anime store. Over the last few years, these stores have begun stocking endless thousands of Funko Pop! figures. At present, there is a mania amongst the denizens of nerdom, and the collective appetite for these figures is insatiable. I figured there might be one or two Funko Pop! tattoos out there, but when I went looking it was as if veritable floodgates had opened. 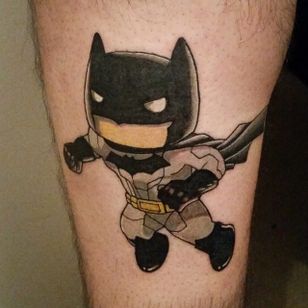 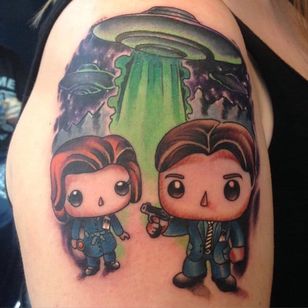 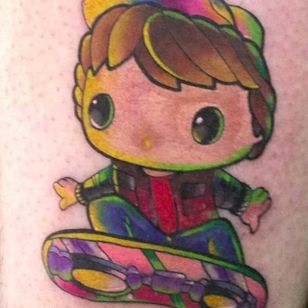 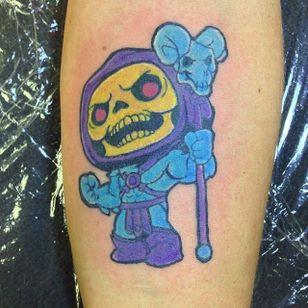 Funko was founded in 1998 with the aim of bringing low-tech, nostalgia-themed toys to the world. The first figure the company produced was the iconic mascot of the Big Boy restaurant chain. Within several years, their product line had expanded at an exponential rate. At present, Funko has licensing deals with seemingly everyone on the planet, including but not limited to Marvel, DC Comics, WWE, Lucasfilm, Sony Pictures Entertainment, Paramount Pictures, Nickelodeon, DreamWorks, Hasbro, CBS, Fox, Warner Bros, Disney, HBO, Peanuts, BBC, NFL, Ubisoft, NBCUniversal, Cartoon Network, 2K Games, and Bethesda Games. 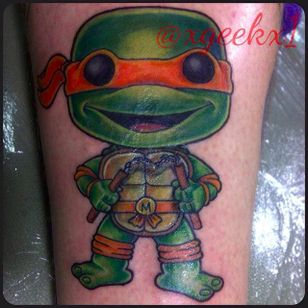 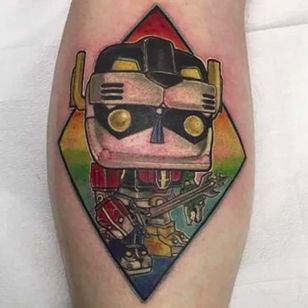 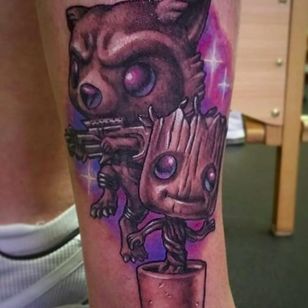 These Funko Pop! tattoos prove that these adorable vinyl figures are here to stay. And despite the encroachment on geek retail space around the world, we’re ok with that. They’re just too cute.