Gorillas have been deeply ingrained into the collective pop culture consciousness since they were introduced to a wide audience in the 1995 film Congo. Before this, only a select few people were even aware of the existence of gorillas and even fewer had a clue about diamond-powered lasers. Since then, Gorilla Fever has swept the world and it seems like these days everybody is getting gorilla tattoos. We’ve assembled some totally awesome examples of individuals who have taken their primate love to the next level with a gorilla tattoo. 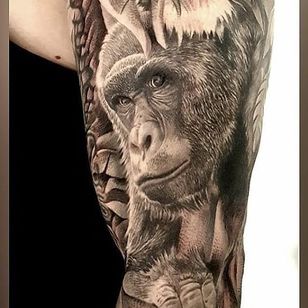 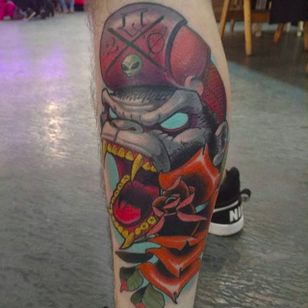 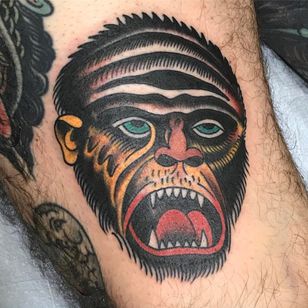 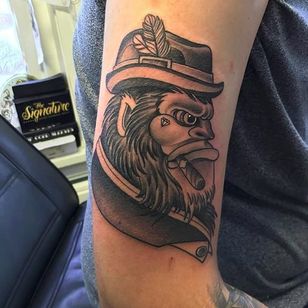 The film delighted the imagination of audiences both young and old. It was quickly followed by several imitators, such as Mighty Joe Young, Buddy, and Born To Be Wild. None of these matched the brilliant tone of Congo, but nevertheless helped further the world’s nascent gorilla obsession. 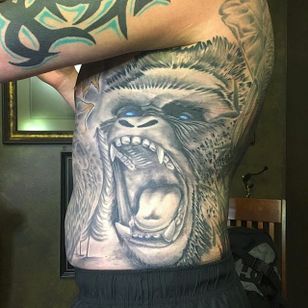 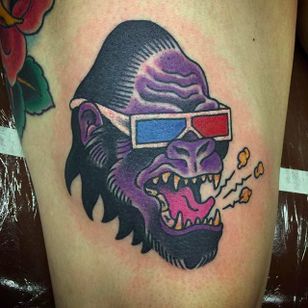 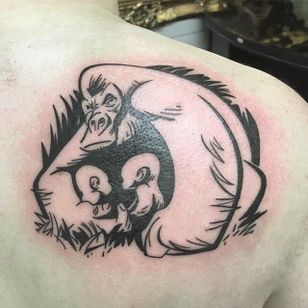 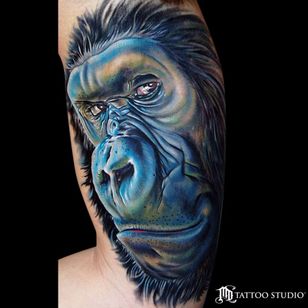 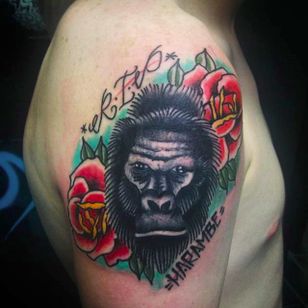 What did these amazing gorilla tattoos stir deep within the recesses of your soul? Was it joy? Awe at the beauty of nature? A sense of wonderment in the face of your evolutionary brothers? If only the rest of the world felt as positively as we do about gorillas... Sadly, since 2016 an average of one gorilla a year has been gunned down by overzealous zookeepers. We’d feel remiss if we neglected this opportunity to shout out our brother Harambe. Rest in peace dog, we all hope you're flinging poo in heaven.