Decoding the Human Canvas is our series where we explore all of the symbolism packed into a large-scale tattoo. In the past we have looked at Claudia De Sabe's portrayal of Christ and an enormous nautical-themed back piece by Samuele Briganti. 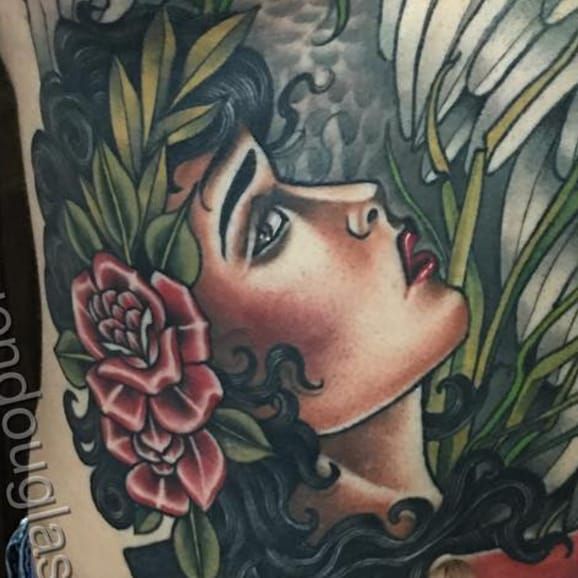 Leda and the Swan has been depicted in numerous mediums since the Classical period, first appearing as small sculptures, cameos, and other delicate Greek artwork. Over the centuries, the story has been recreated countless times, taking on hypersexualized overtones during the Italian Renaissance and becoming jaw-dropping body art in recent decades. The most famous retelling of the story, however, is from a poem by W. B. Yeats, in which he writes these equally revered and reviled lines, “A shudder in the loins engenders there / The broken wall, the burning roof and tower / And Agamemnon dead.” 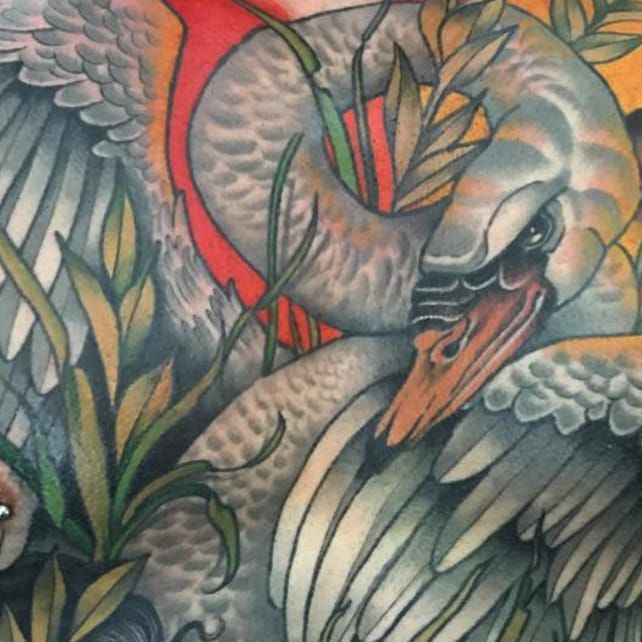 Just like the sonnet’s elusive tercet, Douglas’ tattoo captures the tension wrapped up in the myth. If you look closely at Leda’s expression, it’s difficult to determine her emotional state. She looks bewildered and stares out at us as if we witnessed something we shouldn't have. It’s hard to tell if she if caressing the swan’s wing or trying to push it away. The laurel and roses in her hair make up a mixed metaphor of romantic love and poeticized tragedy. Zeus in his feathered form is the most unsettling figure in the massive composition. The fowl’s posture and countenance give it a predatory aesthetic, and the sunset in the background glares out like a bad omen — an end of days at it were. 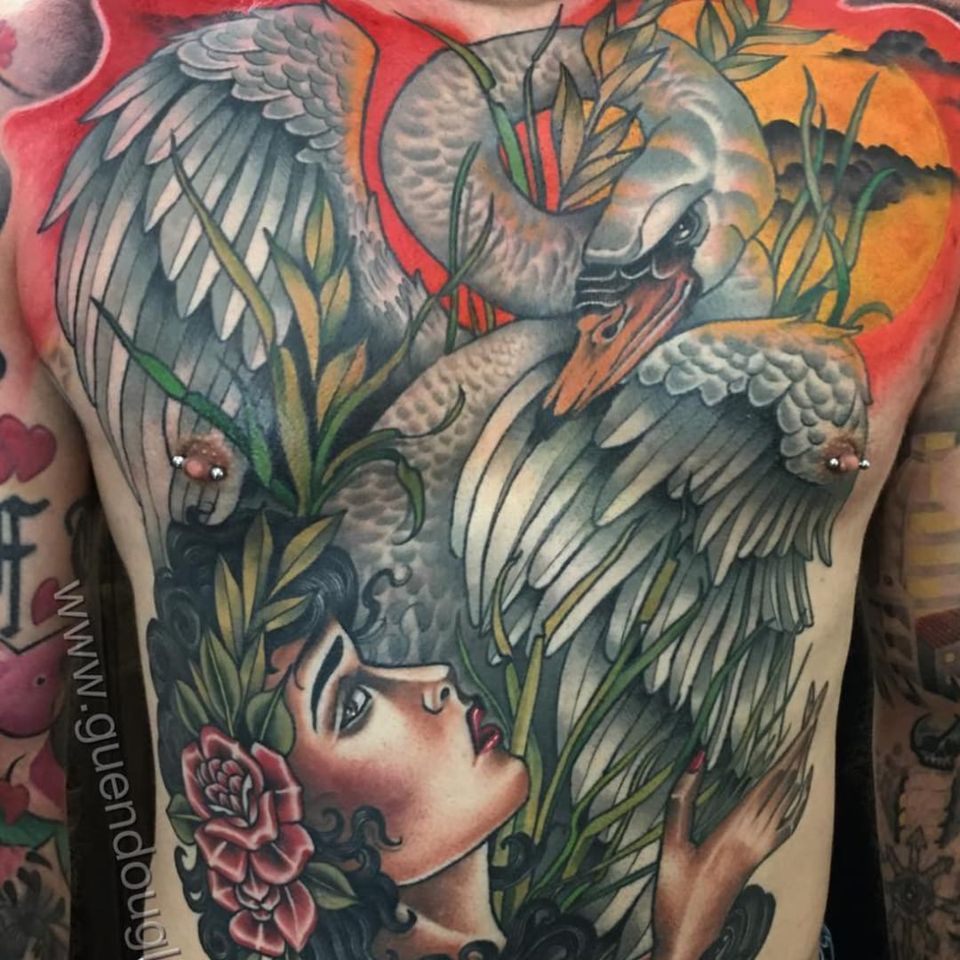 To see more of Douglas’ divine neo-traditional tattoos, make your way to her Tattoodo profile and Instagram. Should you desire a piece modeled on your favorite Greek myth, she tattoos at Taiko Gallery in Berlin, Germany. Also, check out her shop on Etsy where you can purchase some of art.