Enough with the CGI-heavy gore and shaky found footage. Real cinephiles know that there’s only one sort of scary movie that has stood the test of time — classic monster flicks. Even after all these years, Boris Karloff’s portrayal of Frankenstein’s monster has never been surpassed, and not for lack of trying, either (Fred Gwynne’s Herman Munster sits decidedly at the better end of the spectrum while Aaron Eckhart’s monster languishes at the worse). Looking back at black and grey tattoo portraits of these beloved characters can shed some light on why these monsters continue to endure nearly a century after they made their screen debuts. 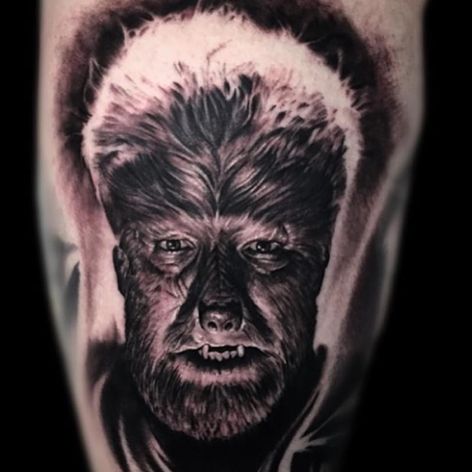 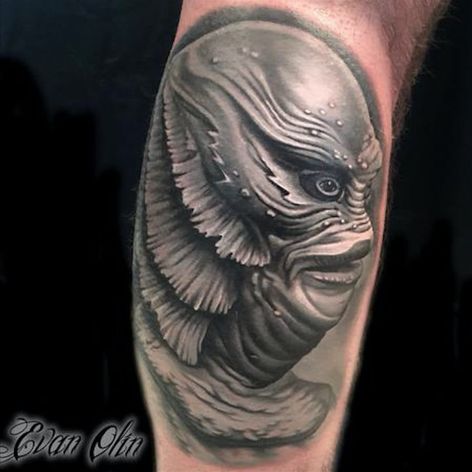 A surprising number of tattoo enthusiasts happen to be connoisseurs of movies like The Mummy (and we’re not talking Sofia Boutella) or The Wolfman and show it by having the character’s likenesses on their skin. While color portraiture highlights the grotesqueness of monsters and murder scenes from more recent movies, with their excess of blood, guts, and everything else abject, the darker take on realism is better for capturing the moody aesthetic of the classics, complementing the performative acting style of the early-to-mid 20th century. 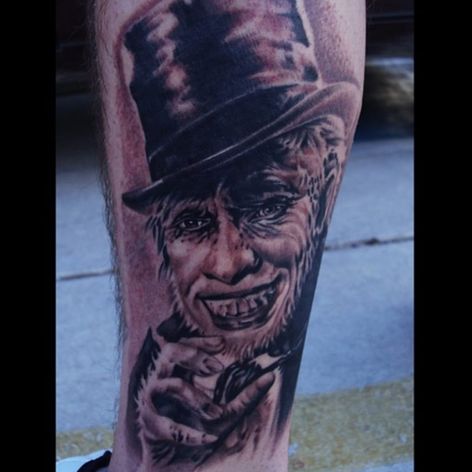 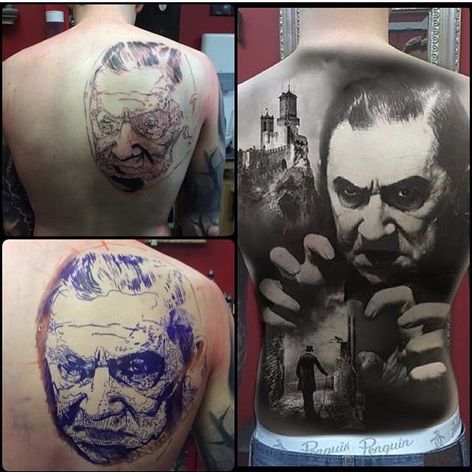 As these tattoos illustrate through their powerful sense of dramatism, the way that classic horror films like Bride of Frankenstein and The Creature from the Black Lagoon use storytelling to inspire fear is far more compelling than relying on a stock series of jump scares and grisly cut scenes. 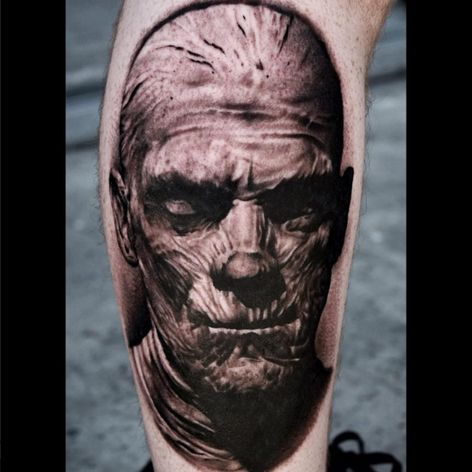 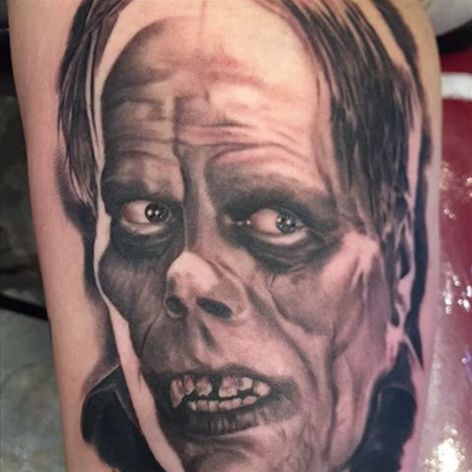 While films like Friday the 13th Part 2 or Texas Chainsaw Massacre tend to leave the viewer rooting for the bad guy as he hacks a group of intolerable teens to pieces, classic horror encourages audiences to invest their emotions in the plight of terrorized protagonists. God bless Winona Ryder’s kleptomaniac heart, but she doesn’t have shit on Helen Chandler, and this is what makes a figure like Lon Chaney as Dracula so foreboding. We find him threatening because he threatens someone we care about, and that ominous feeling — dread —is far more terrifying than imagining that creeps like Freddy Krueger or Michael Myers actually exist. 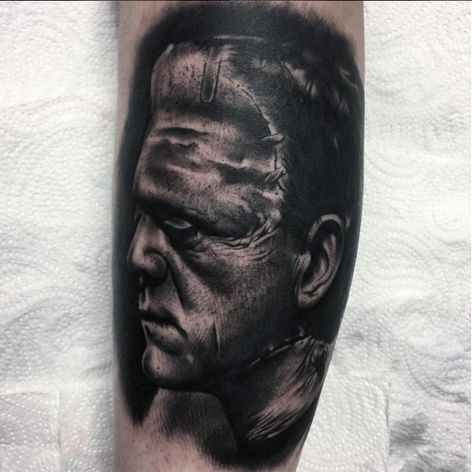 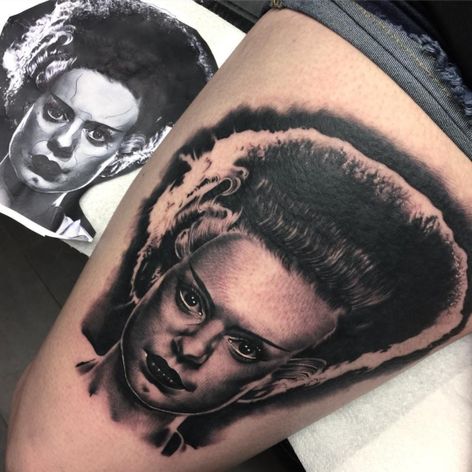 To see more picture perfect black and grey tattoos, lurk to these tattooists’ Instagrams. If you want to show your love of classic horror movies, have one of them design a portrait of Dracula, Frankenstein’s monster, or one of the other characters in this creature feature of a post.

This has been our series Water and Ash where we showcase only the best of black and grey tattoos. If you enjoyed looking at tattoo tributes to characters from classic horror films — the really old ones like Lon Chaney’s Dracula — be sure to check out our previous installments about modern horror homages, giant eyeballs, statuesque work, and Chicano-style payasa girls.