Rick Genest, better known as Zombie Boy, was diagnosed with brain cancer at the age of 15, and by 16 he had his first tattoo — a skull and crossbones on his arm. That was merely the beginning though, and now he has over 90% of his body covered in ghoulish body art. Which makes him appear, well, like a zombie, hence his nickname. This man, for as scary as he looks, is actually quite successful and a bit of a role model as well. 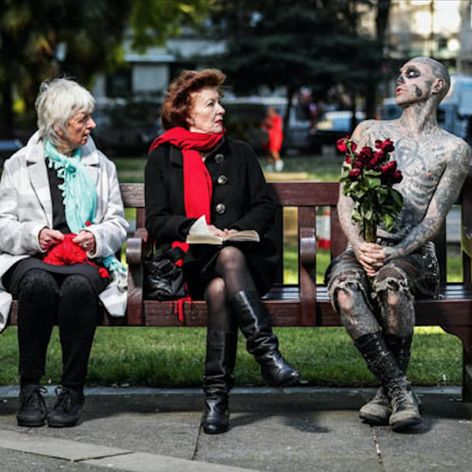 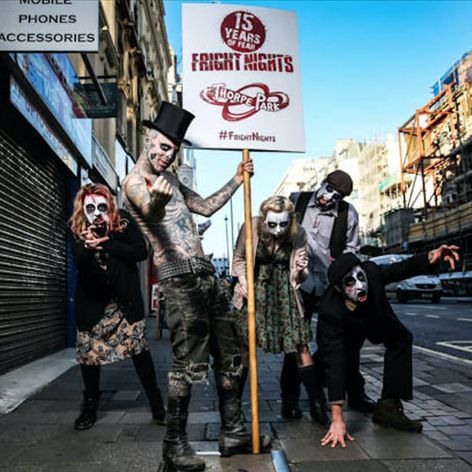 Thankfully, he's now cancer-free, but it required having nearly half of his brain surgically removed to fight the disease. Now, he is living a happy life as a model. The surrounding photographs are from a shoot he did with Thorpe Park to promote their Fright Nights events for instance. He has even befriended several prominent celebrities, which just goes to show that with enough determination, neither sickness nor being heavily tattooed can hold you back from accomplishing your dreams. 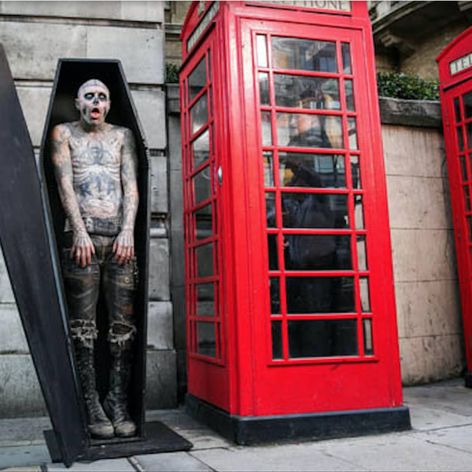 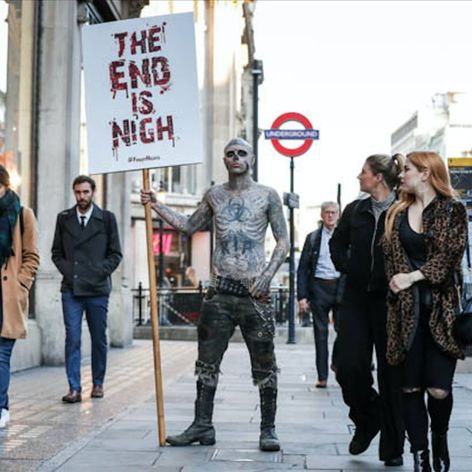 Zombie Boy quit high school when he was 17, and joined the Canadian punk scene, sleeping in squats and washing cars to get by. In a recent interview, he told The Daily Star that is was then that he decided, "I wanted to become a fucking zombie." Once most of his skin was covered in skeletal tattoos, he graduated into doing freak show acts like laying on spiked boards. These routines are what drew the attention of a larger audience, which included celebrities such as Lady Gaga and Jay Z, launching his professional modeling career. Now he is pretty much a worldwide sensation. Most people instantly recognize him. Hell, people are even making cute dolls and getting tattoos of him. 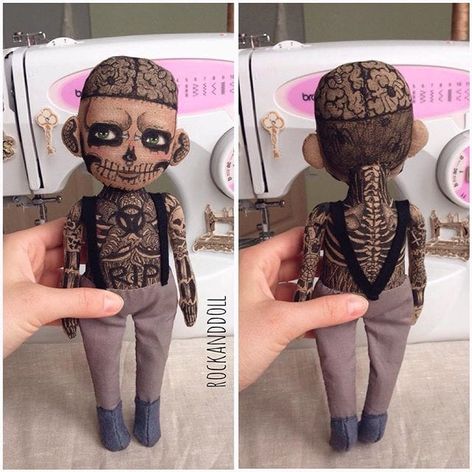 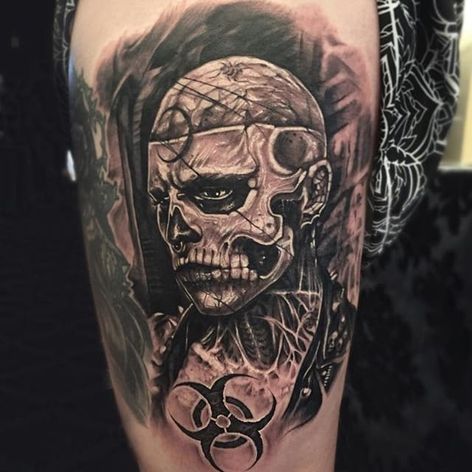 Zombie Boy apparently wants to take his body modification even further. Not only did he recently get his tongue split, but he is also planning on having his teeth sharpened to make them fang-like and having his eyeballs tattooed green. We bet he'll be able to freak out old grannies even more after that, and we can't wait to see more photographs of him in public. The reactions that people make really says more about them than anything about the way he looks. 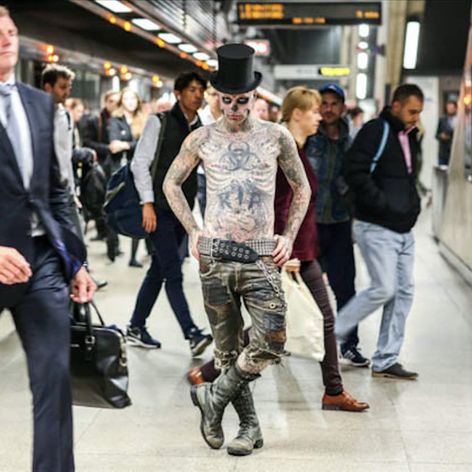 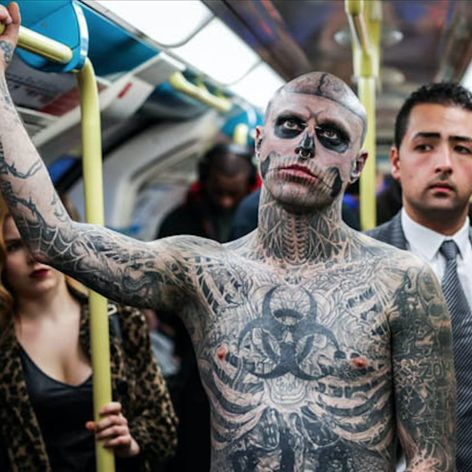 If you want see more photos of Zombie Boy, check out his Instagram. We'll let you know when he finally gets his green eyes and teeth filed to points. Also, check out the short yet charming video interview with him above.