Pierluigi Deliperi creates astounding large-scale geometric body art. He mixes together black-out shading and highly controlled dot work to give shape to mind-boggling and spiritually charged sleeves, back-pieces, and bodysuits. Because of his approach to the style, his work stands out in its bold and technical perfection. What's even more visually striking is that he peppers these pieces with a bit of red ink from time to time. 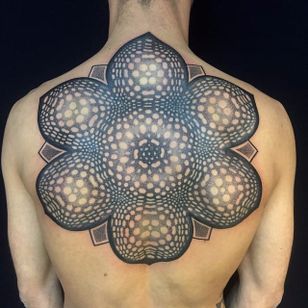 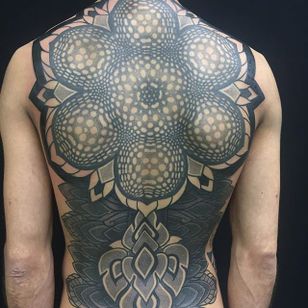 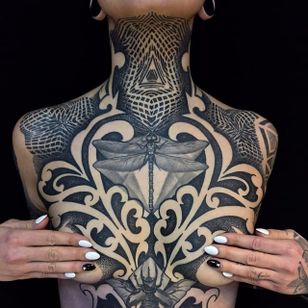 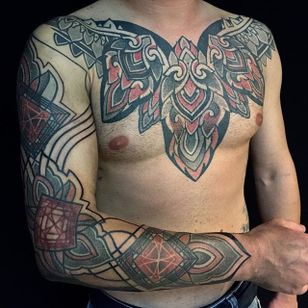 Though much of it is stippled, Deliperi's blackwork is on the darker end of the style's spectrum. In many of his large-scale pieces, entire portions of his clients' body are completely blacked out. Though he likes to lean into heavy shading in his designs, these filled-in swaths are balanced by patterns with a fair amount of negative space and light dotwork. He makes many of his geometric figures look as if they gradually fade into the shadows near their edges. On the topic of his figures, he tends to favor more rounded shapes as opposed to angular ones. 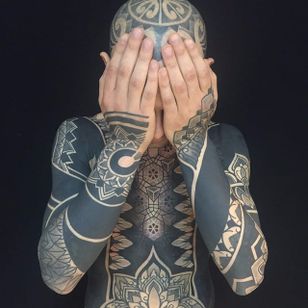 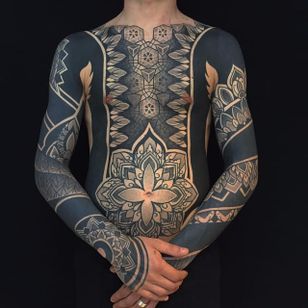 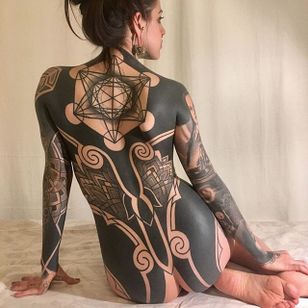 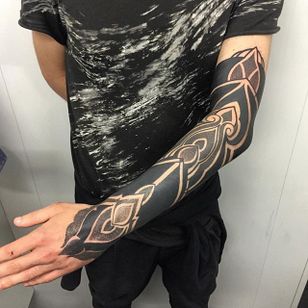 Deliperi incorporates numerous interesting geometric figures into his blackwork tattoos. Here, for instance, are tattoos in which he's illustrated designs such as mandalas and Metatron's Cubes. Alongside such sacred geometry, he also adds more abstracted sequences of shaped into his work, as exemplified by some of the more maze-like patterns and the pieces with both convex and concave optical illusions in them. In short, his large-scale body art tends to feature just about every type of pattern imaginable. 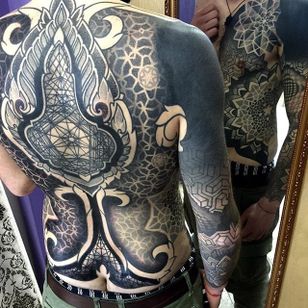 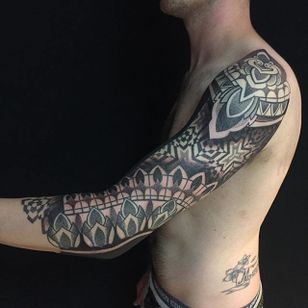 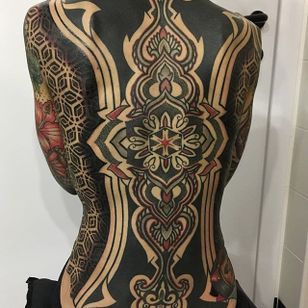 Should you want to see more of Deliperi's excellent large-scale blackwork, pay a visit to his Instagram. He works at Tattoo Crew Productions in Sassari, Italy and can be reached at tattoocrewproduction@libero.it if you want to get a back-piece or sleeve by him for yourself.