Eyes are the window to the soul, or at least that’s what the old adage says, and yet Jay Joree is able to create an otherworldly mashup of traditional portraiture and abstract silhouettes that not only exclude the eyes, but the entirety of the face, while still retaining the subject’s spirit. How does she pull this off? It’s all in the little details and the passion that fuels her art. 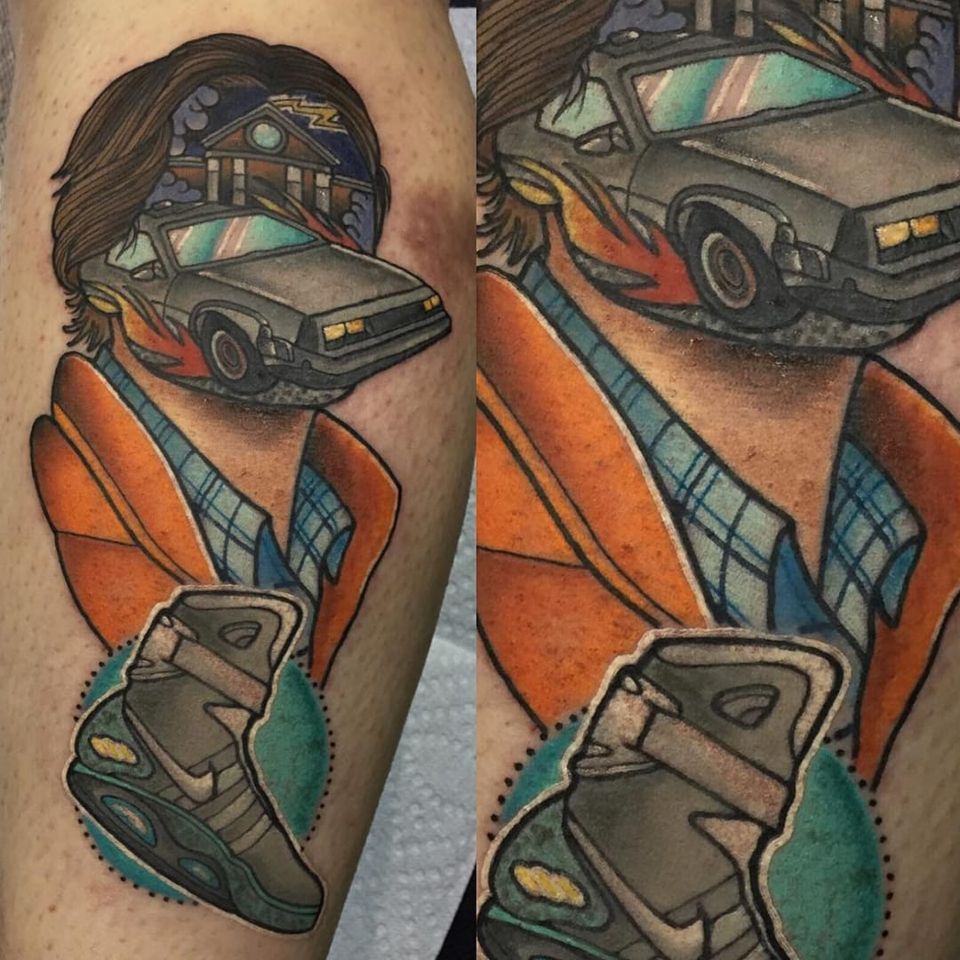 Filled with bright colors and minute details aimed at tugging the heart strings of super fans, it’s easy to understand why people connect with her work. Take her portrait of Marty McFly from Back to the Future. The silhouette alone is recognizable enough, but that’s just the beginning. “OK, I can’t just not do the DeLorean because that’s what [the client] wanted in the face,” she says. “But I needed to put the clock tower with the lightning in the back and I’ve always wanted to tattoo that fucking shoe, so I just threw that at the bottom.” Getting all of these little details right starts exactly where you think it would — by watching the movie. 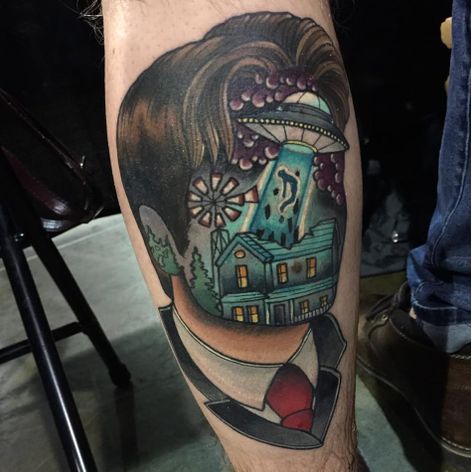 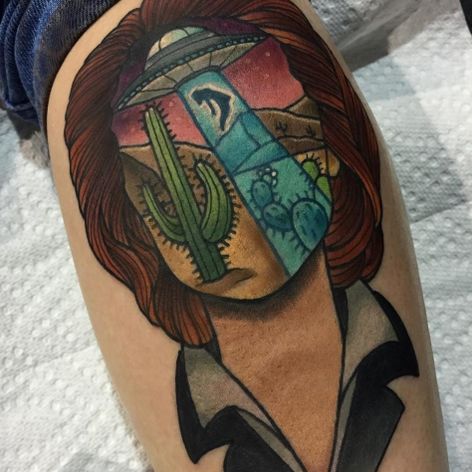 After a stint studying animation in college — a decision she was pushed towards by a combination of a scholarship and advice from her parents — Joree decided to pursue tattooing. At first she was unable to find the right fit in an apprenticeship. “I apprenticed at four different shops before I finally made it to the shop where I’m at now under my mentor,” she explains. “It was a lot of using apprentices just to get shit done.” 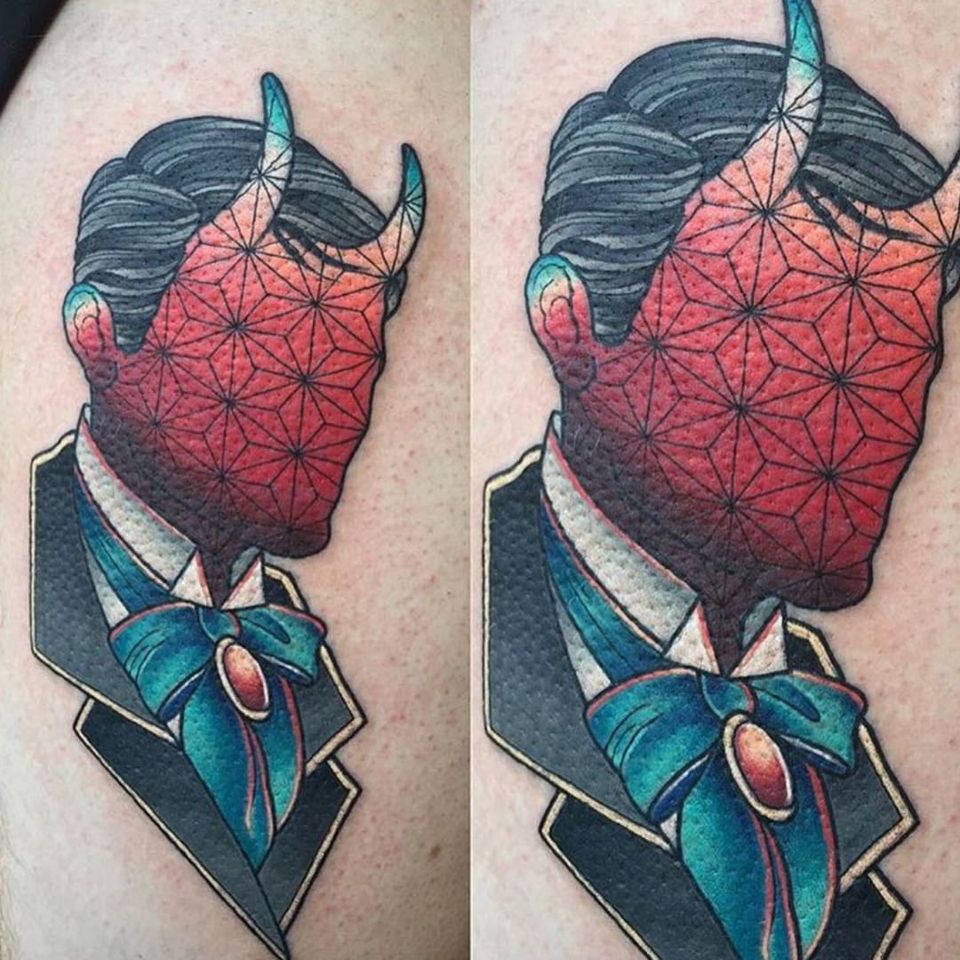 When Joree showed up at Last Angels seeking an apprenticeship, owner Gerald Garcia was a little hesitant that she had picked up some bad habits during her previous starts and stops in the industry. Three weeks of showing up every day with a sketchbook filled with black and grey drawings eventually won him over, even if it was a bit of a ruse. 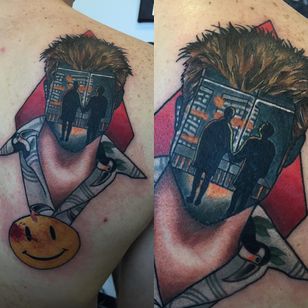 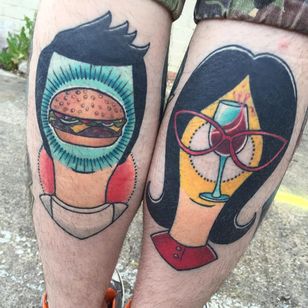 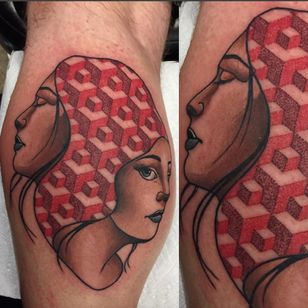 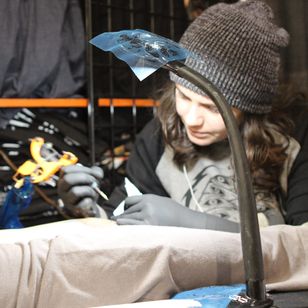 Jay Joree tattoos out of Last Angels Tattoo in Dallas, Texas. She also frequently makes her way out of the Lone Star state to attend conventions around the country, so make sure to check out her Instagram to keep track of her travel schedule.