If you are faint hearted you're going to want to stop right now and click on a different article. The imagery here is utterly horrifying and very well could leave you tossing and turning, if not totally sleepless, later tonight. John Ghutti creates some of the most frightening black and grey realism in the world. Not only is his subject matter completely nightmarish, the way he makes it look so lifelike is what makes his work so bone-chilling. He basically makes the darkest part of the human imagination become a reality. 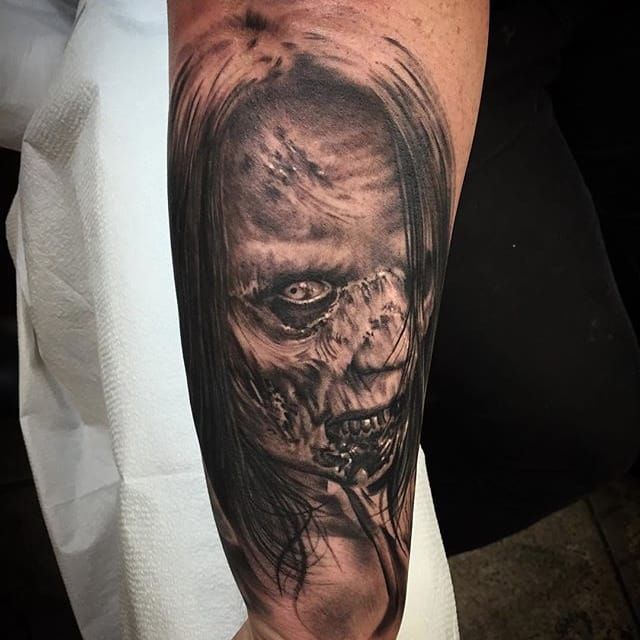 Gutti uses his skill as a representational artist to create extremely unsettling imagery. His tattoos of demons, reapers, zombies, and more look so real that it can make you feel uneasy if you're not into creepy stuff. But if you're a fan of being frightened, then his work is right up your macabre alley. 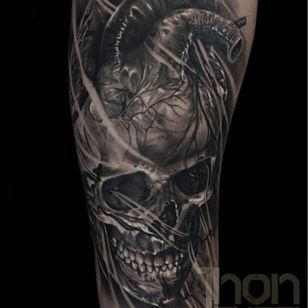 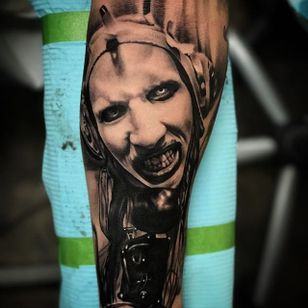 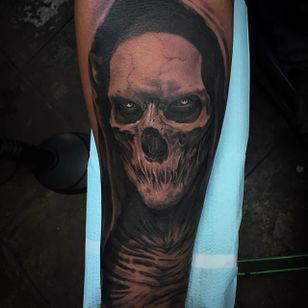 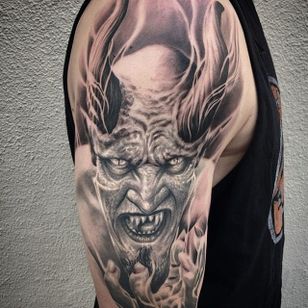 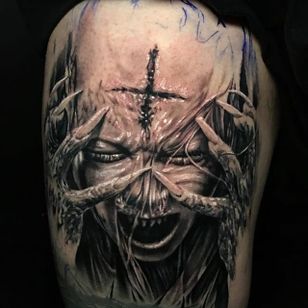 Gutti doesn't do your run-of-the-mill horror portraiture, like depictions of characters from slasher flicks and monster movies. All of his scarier-than-hell designs are completely original. Some of them are so horrific that they make you almost want to look away, but the high quality of his work simply won't let you go. The possessed person above, for instance, is incredibly haunting. It's an image that sticks with you, because of the sense of torment in the figure and the gnarly cross-shaped wound carved into her forehead. Similarly, the torture scene below is seriously twisted, but the freakish implications of it all are intriguing. It's almost like watching a suspenseful and gory serial killer film. 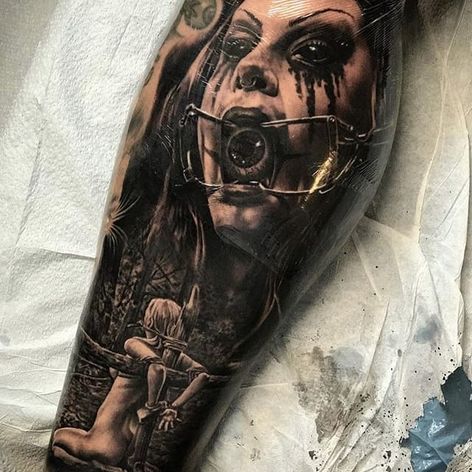 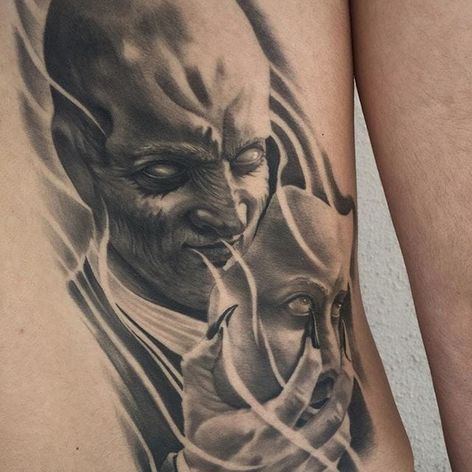 If you have the heart to face more hair-raising body art by this master of horror, creep over to his Instagram or website. He works at Outer Limits Tattoo in Long Beach, CA and can be reached at