Ever since he was very young tattooist John Reardon was drawn to Japanese art. “My parents had books about Japanese art and culture around the house, and looking at them, I fell in love with the imagery,” Reardon recalls. “I even remember dressing up as a samurai for Halloween in the first grade. I was crazy about it.” 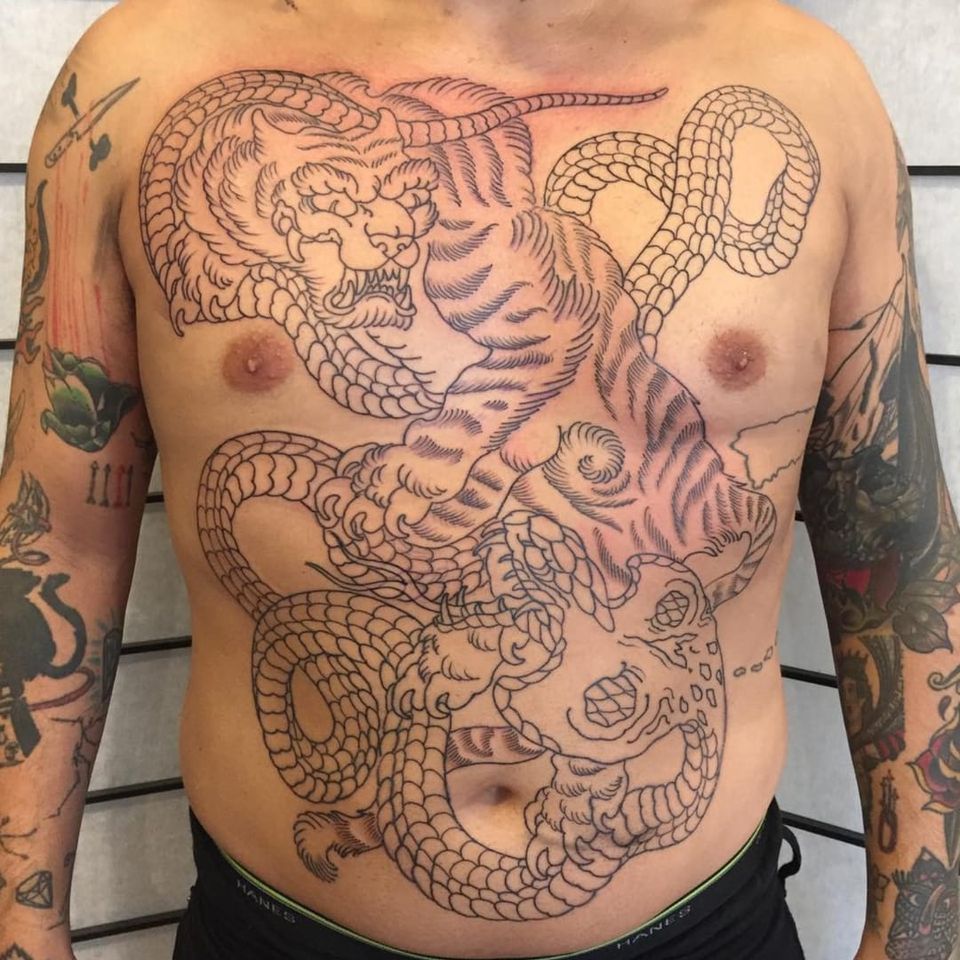 “I wouldn’t label my Japanese tattoos as traditional,” Reardon says. “I like to look at Japanese art for influence, but I feel that in order to call yourself a true Japanese tattooer, you have to go live in Japan and learn the art form in the old way, apprenticeship and all.” It was that reverence for the art that prompted him to stop working in the style for a long stent earlier in his career because he felt that he wasn’t doing it justice. 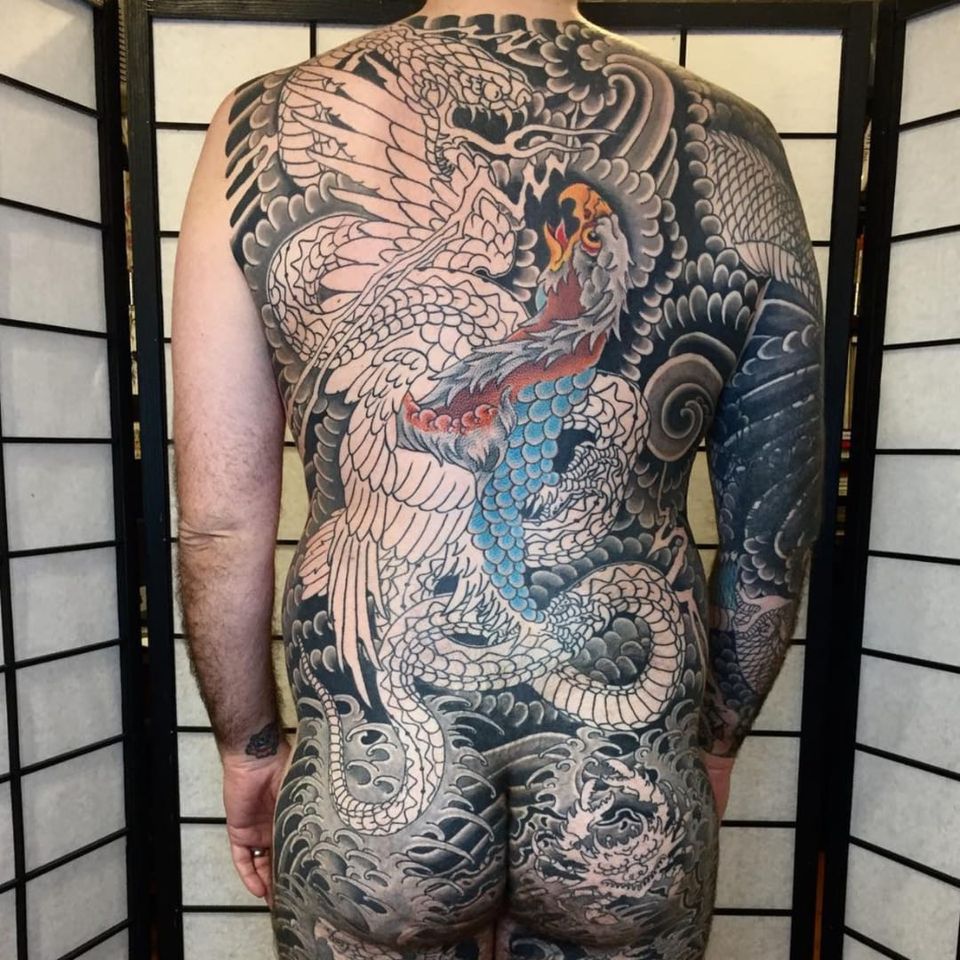 To remedy this problem Reardon traveled to Japan to study with the Horihiro family. There he learned the fundamentals of the art form, such as how to properly render its pronounced black backgrounds and iconic figures. After being schooled by traditional tattooists Horitoshi and Horitsune II, Reardon was revitalized and he’s been slinging out Japanese-inspired large-scale pieces charged with his own exciting aesthetic ever since. 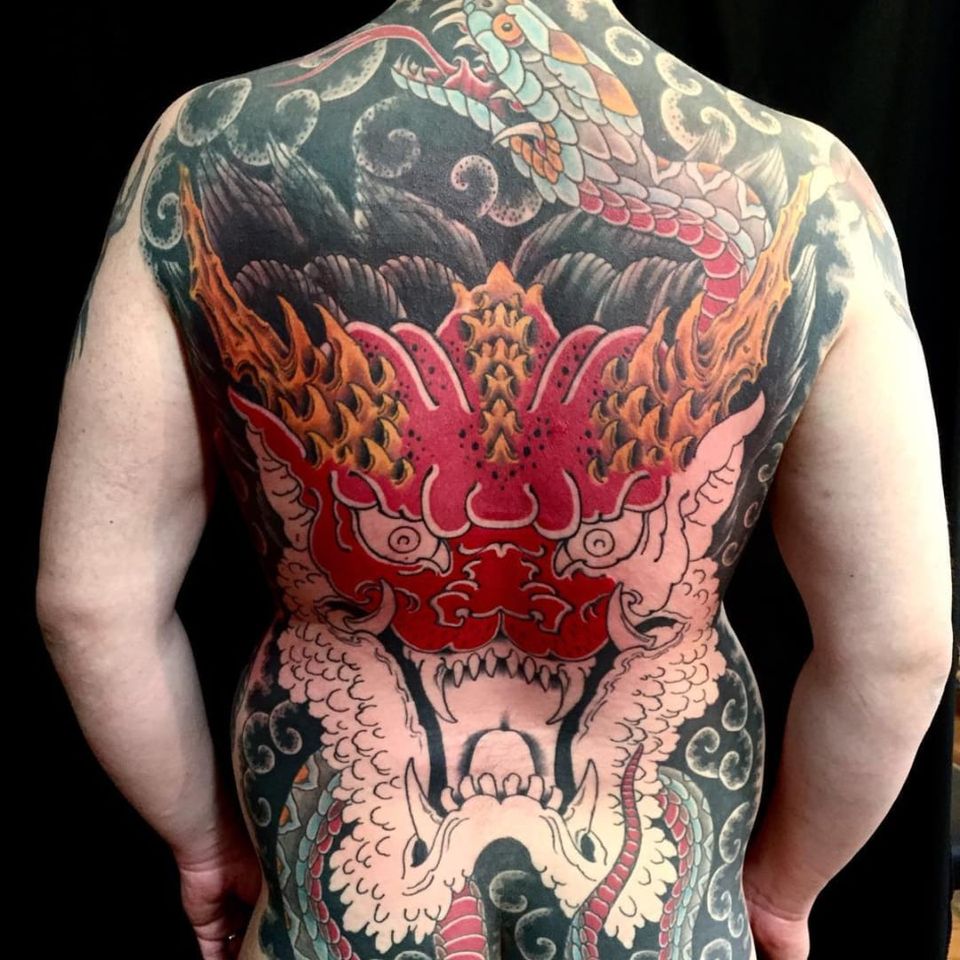 An incredible coverup in progress featuring a snake and a dragon via John Reardon (IG—johnreardontattoos). #dragon #Japanese #JohnReardon #largescale #snake

His work is beautiful and intense, often with one or two central figures captured in dramatic gestures while others swirl in the dark smoke and waves of the background. “I mainly make images of the more popular figures from Japanese tattoos, like dragons and skulls, but I especially appreciate it when clients request tattoos that reference Japanese legends and folklore,” says Reardon. “Creating these pieces excites me because I enjoy researching where they come from. It’s one of my favorite things about what I do.” 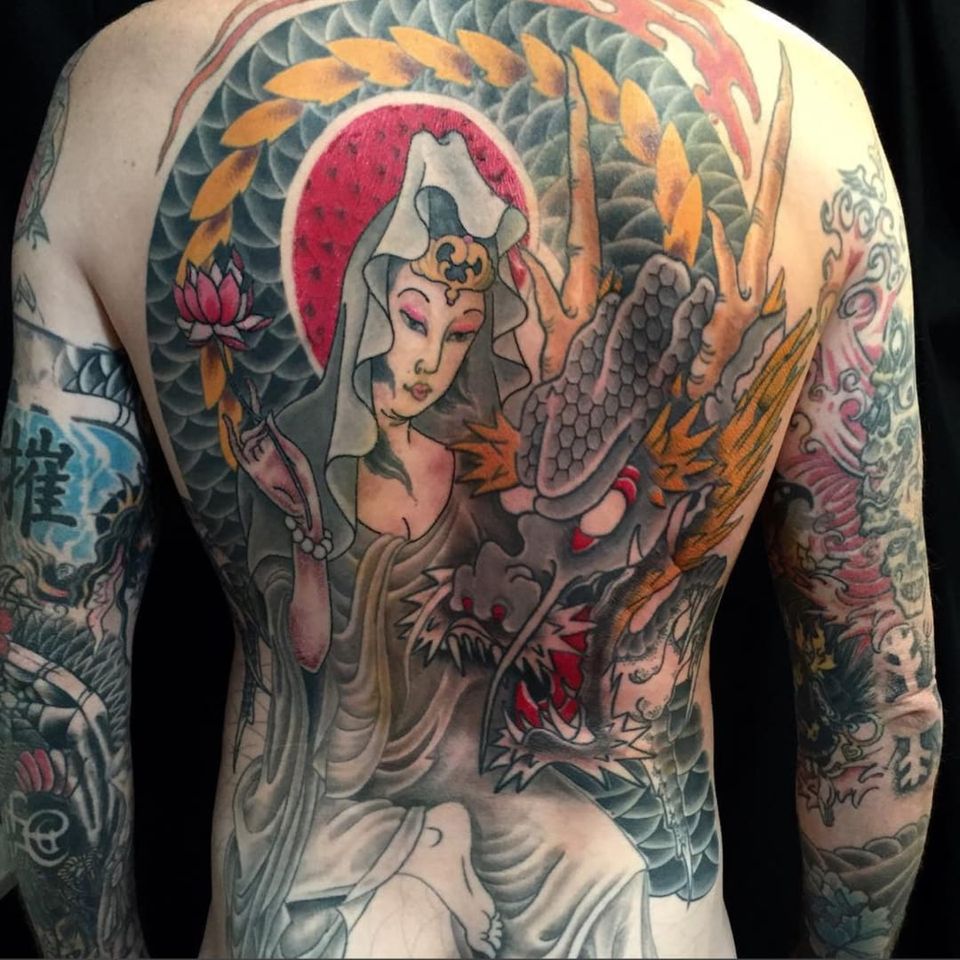 Irezumi’s tradition of storytelling attracted Reardon to the style initially, but it is the ability to create impressive and long-lasting tattoos that hooked him. “Another reason I enjoy working in the Japanese style is that you can inject almost any sort of imagery into it. Eagles, skulls, you name it. Hell, you could even get a Japanese tattoo of your grandma riding a Persian dragon, and it’d still be badass,” he says. “Japanese tattoos simply look good. They’ve been around for centuries and will never go out of style, because they’re timeless. They'll look good until the day you die, and then keep looking good in the grave.” 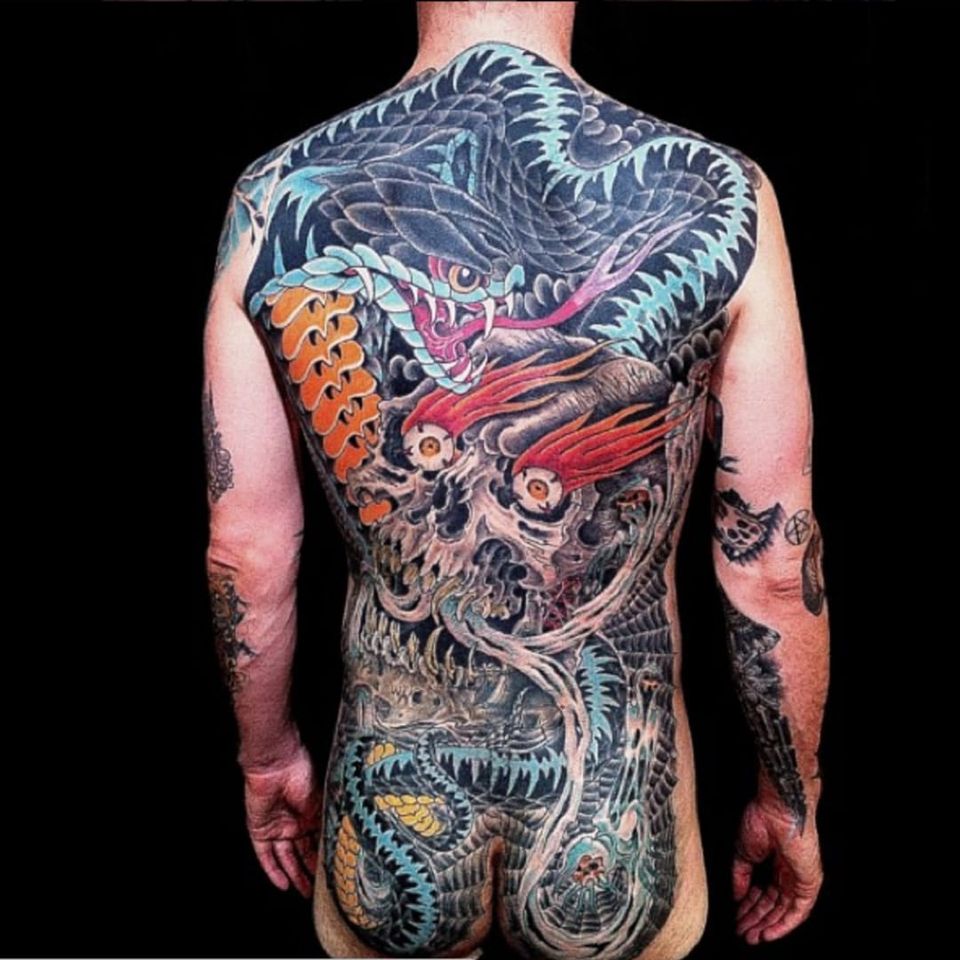 To see more of Reardon’s work, including those done in other styles, hit up his Instagram. If you’re interested in getting a large-scale piece of body art in the Japanese style from him, he owns and operates out of Greenpoint Tattoo Co. in Brooklyn, NY and he can be reached at johnreardontattoos@gmail.com for an appointment.