According to legend, Siddhartha Gautama set the Dharma Wheel in motion when he gave his first sermon after reaching Nirvana under the Bodhi tree. Standing before five monks in a lush green meadow, the Buddha spelled out what would become the core tenets of his spiritual philosophy. Following this momentous event, the Dharmachakra, i.e. the Wheel of the Dharma, became known as the embodiment of the Buddhist worldview, acting as a sort of guide to enlightenment, and because of its symbolism, people get tattoos of the tableau as a sign of their religious beliefs. 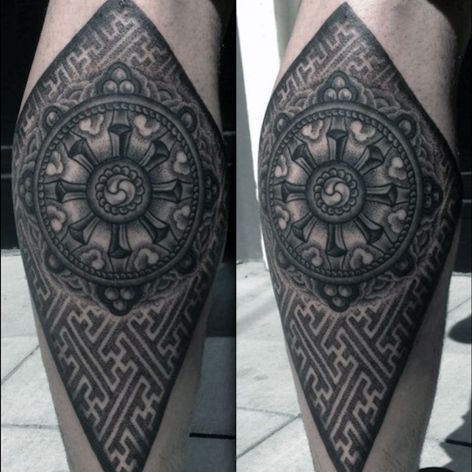 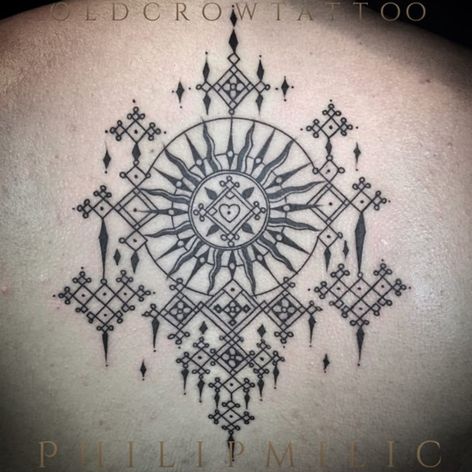 In Hindu art, the Dharma Wheel traditionally features 24 spokes, which signify each of the Rishis, i.e. holymen thought to have achieved an enlightened state of mind after intensive meditation. According to his sermon, the Dhammacakkappavattana Sutta, the Buddha identified each of the wheel’s battens as representing the traits of an ideal Buddhist — qualities like love, patience, courage, self-control, and others — while meditating on the figure. Eventually, an eight-spoked version of the wheel became indicative of other meanings in Buddhism, the foremost of which are the Four Noble Truths and the Eightfold Path. 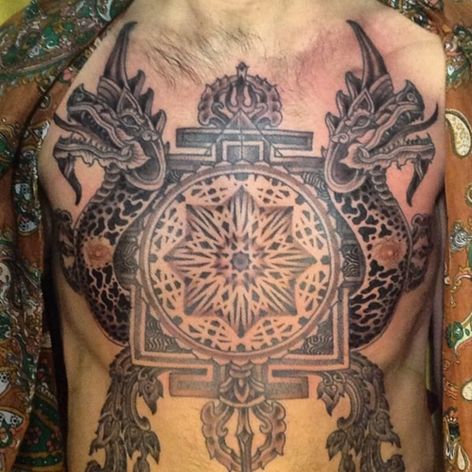 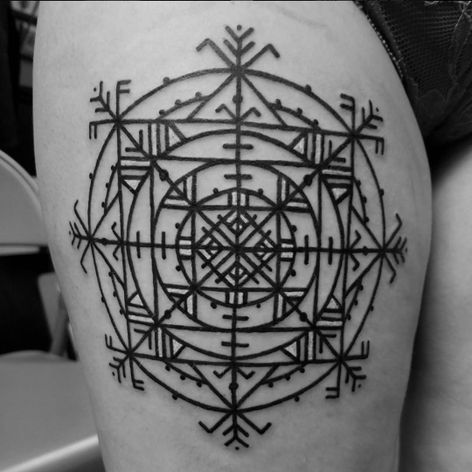 The Four Noble Truths are rooted in our impulse to cling to the material world even though it is impermanent and fleeting, forever caught up in a cycle of unfulfilled desire. Some say that this cycle can be broken if one adheres to the truths: the existence of suffering, the cause of suffering, that suffering can end, and the path to the end of suffering. Together, these maxims make up a sort of recipe for Nirvana, which can be fulfilled by following the Eightfold Path. Each of the spokes in the Dharmachakra can be read as one of the many forks in the road to freedom from earthly desires: right view, right resolve, right speech, right conduct, right livelihood, right effort, right mind, and right samadhi — a traditional form of meditation that is believed to unify the self. 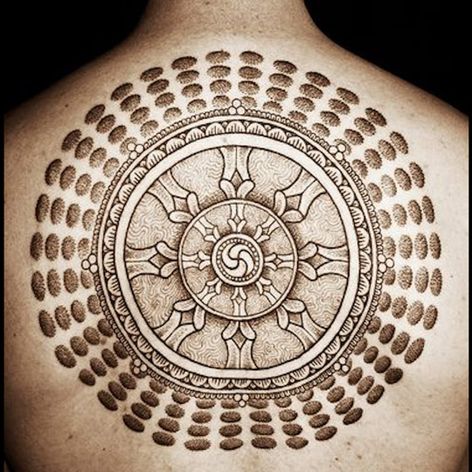 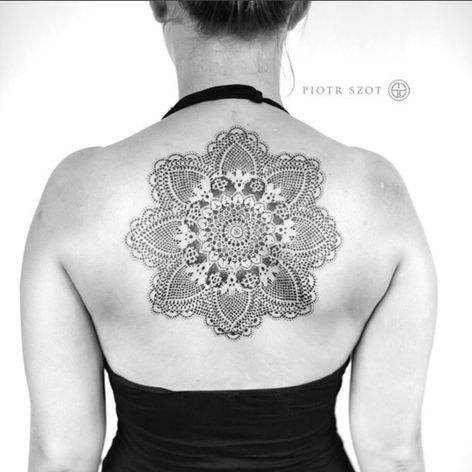 The Dharmachakra is stylized in an infinite variety of ways throughout the world of tattoos. Some artists, such as Nathan Mould and Jondix, stick to the more traditional wagon-wheel-like design. Others, Watsun Atkinsun, Yoni Zilber, and Piotr Szot, take liberties with the symbol, abstracting it or nestling it into other spreads of sacred geometry and religious icons. Though it comes in various sizes, you can always recognize the Wheel of the Dharma because of the number of its spokes and the hub uniting them. Because of the Dharma Wheel’s association with aspiring to Nirvana, having it on one’s skin is like having a spiritual wayfinder on one’s person at all times. 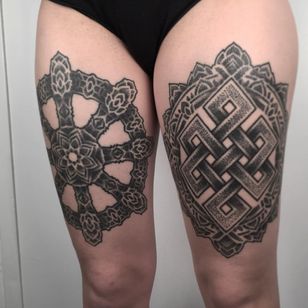 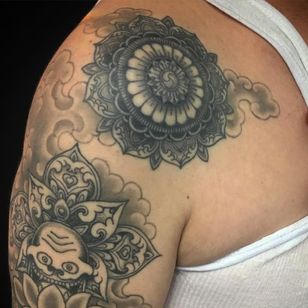 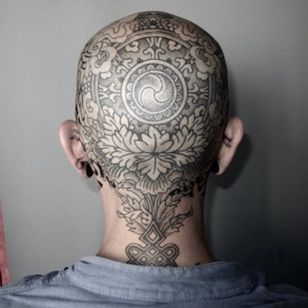 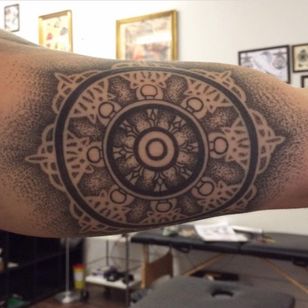 To see more Hindu and Buddhist symbols, make sure to follow all of these artists on Instagram. Should you want a tattoo of the Dharmachakra to help steer you down the path to Nirvana, have one of them inscribe the wheel on your skin.

You’ve just experience Deciphering the Sacred, our series where we unpack the meaning of various symbols from the world of tattoos. We hope you liked learning about the Dharma Wheel and how it leads to enlightenment. If you want to learn about more meaningful figures, check out our other posts on Oms, Unalomes, Metatron’s Cube, Sri Yantra, and The Flower of Life.