Taking an existing piece of pop culture and turning it into a duck is a tried and true method of producing hit entertainment. It worked well for Darkwing Duck, but the tradition goes back to 1981 when Danger Mouse’s creators decided to mash up Dracula with a duck. The resulting character, Count Duckula, was an instant fan favorite. After getting his own series, the vampiric mallard became a staple of ‘80s kids cartoon diets. Though his legacy is largely forgotten, some have kept the fond memory of the character alive with Count Duckula tattoos. 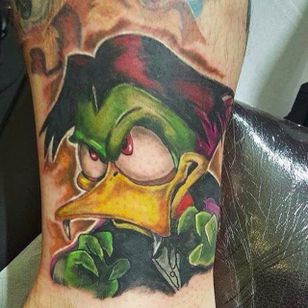 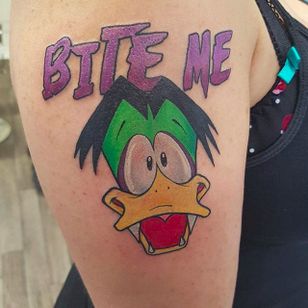 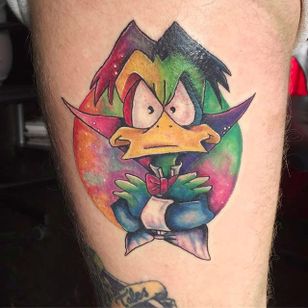 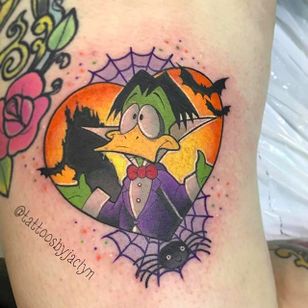 The show centers around the adventures of the titular character, his butler, and his nanny. Together, they live in a castle that can teleport them all over the world for wacky adventures. The origins of the Count involve a ceremony to resurrect Dracula that goes horribly awry when ketchup is accidentally substituted for blood in part of the ritual. The result was a vegetarian vampire who was more interested in munching on carrots than sucking blood. He also eschewed the traditional sorts of vampire villainy, instead focusing on cultivating a successful career as an entertainer. 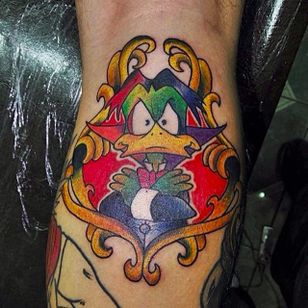 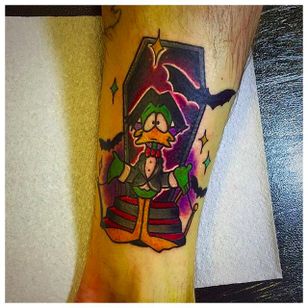 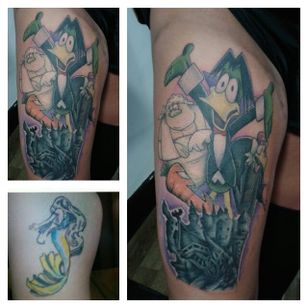 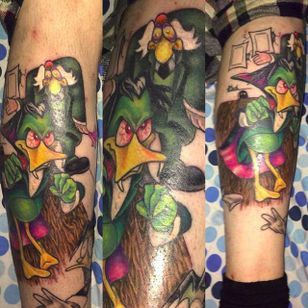 If these Count Duckula tattoos spur fond childhood memories, congratulations, you’re one of us. If you have no idea what we’re talking about, please do check out an episode or two on YouTube.