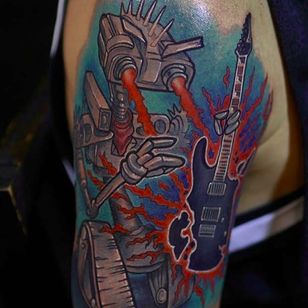 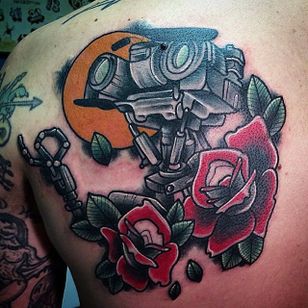 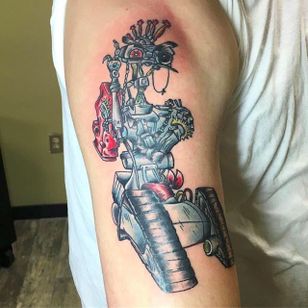 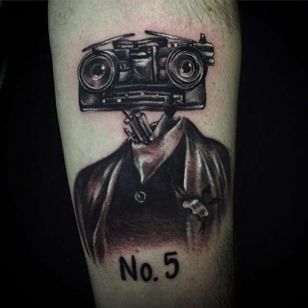 Either way, the movie was a trip back to a simpler time when 500 megs seemed like a plausible amount of memory to run a completely sentient piece of artificial intelligence. The film is incredibly dated, but is very much a nice wayback machine to the 1980s. This was a time when racism in film was much more tolerated, as the main character of Ben is portrayed by a very white Fisher Stevens in brownface. 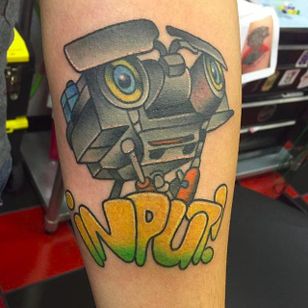 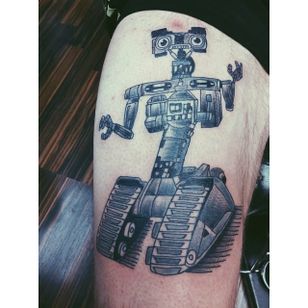 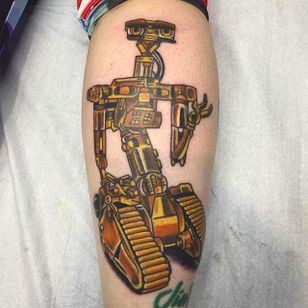 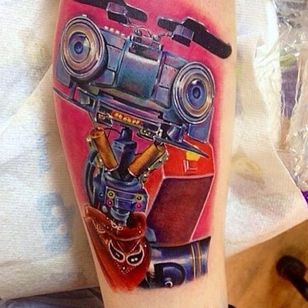 Don’t these Short Circuit tattoos just make you want to rewatch two mediocre comedies from the ‘80s? We say go for it. There’s much worse (and more racist) fare out there, such as C. Thomas Howell’s turn in blackface in 1986’s Soul Man – something we wish there were tattoos of so we could write an article about it.