I once went to a birthday party where a clown stood silently in the corner, not making any shenanigans, no laughs or balloon animals, not even an offhand joke, nothing. He was creepy as fuck, but not nearly as scary as the clowns from one of my favorite horror flicks — Killer Klowns from Outer Space.  John Wayne Gacy and Pennywise don't have shit on the extraterrestrial bozos in this classic B-movie. Because of their gruesome yet silly appearance, tons of fans have gotten tattoo tributes to these mass murdering clowns to show their love of the campy film. 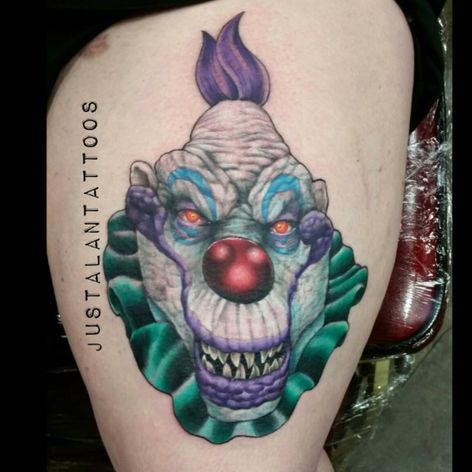 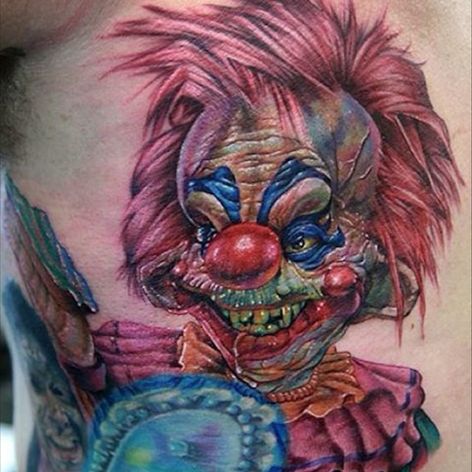 For those of you who haven’t wet yourself from laughter and fear at the same time watching Killer Klowns from Outer Space, it tells the story of one fateful night in Crescent Cove, when clowns descend from the skies in a big top and round up the town’s residents, bundling them up in cotton candy cocoons before sucking out their blood like spiders. Great premise, right? Anyway, a series of grisly murders and gut-busting hijinks unfold, as the townsfolk struggle desperately to find a way to defeat the space invaders. It isn’t until the one of the survivors discovers that shooting the aliens’ eyes makes their heads burst into confetti that the twisted tomfoolery comes to an end. 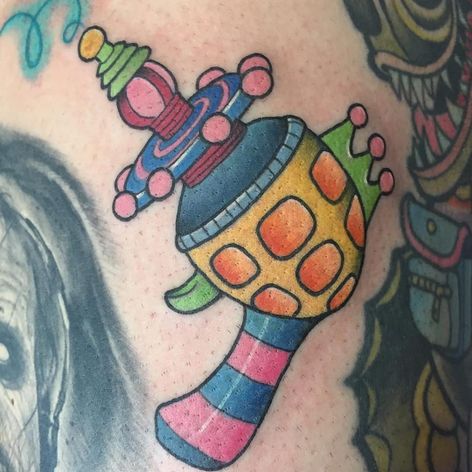 Most of us who stayed up through one of USA’s Up All Night screenings of Killer Klowns from Outer Space now suffer from coulrophobia — the irrational fear of clowns — but our anxiety isn’t irrational at all: we know there is good reason to be afraid of clowns. Don’t let their oversize britches, squirt-gun flowers, and red noses fool you. Clowns are, with very few exceptions, out to kill you and all the people you love. So, the next time you see a circus tent mysterious appear on the outskirts of your hometown, bust out your guns and aim for the whites of the guffawing fuckers’ eyes, and maybe, just maybe, you’ll make it through the night. 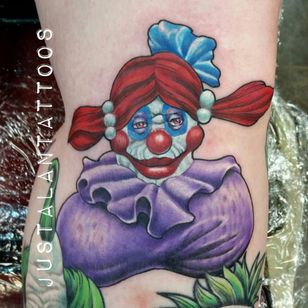 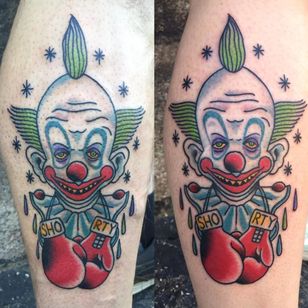 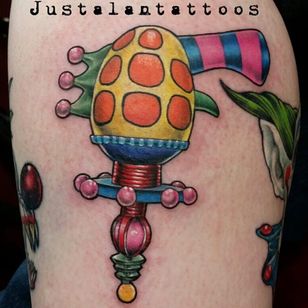 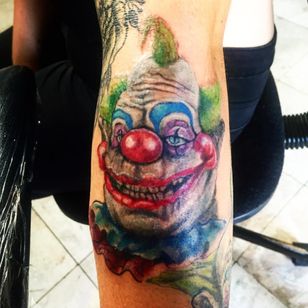 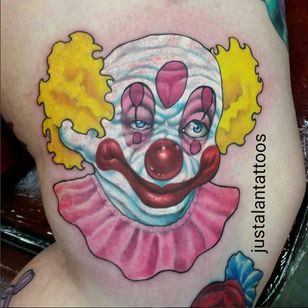 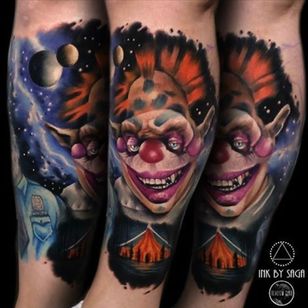 To see more tattoos based on horror movies, venture over to these artists’ Instagram if you dare. Should you want to show your fandom for Killer Klowns from Outer Space, have one of them design one of the gruesome aliens in face paint for you.