Justin Hartman makes absolutely killer body art in the neo-traditional style. The most astounding thing about his work is that he is one of the very few artists doing large-scale pieces in this style. The amount of detail and various atmospheric effects that he creates when working on vaster canvases is quite the sight to behold. Whether rendered in black and grey or brimming with warm color, these wide-stretching tattoos are incredibly beautiful and filled with a sense of thrilling energy. 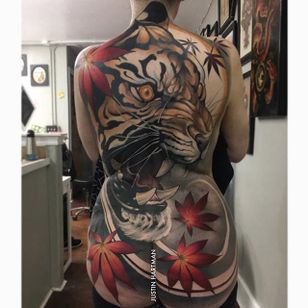 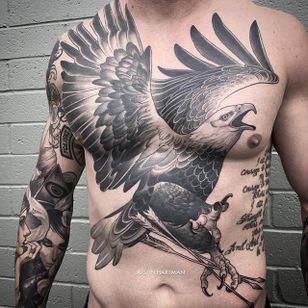 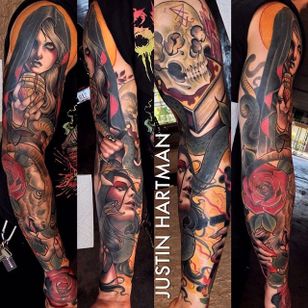 Hartman's biggest tattoos, like his back-pieces, bodysuits, and etc., are all spectacular. Sometimes, they feature prominent central figures, as seen in his Japanese-inspired tiger and black and grey eagle, and at other times, his body art is considerably busier, with numerous images swirling together in a collage-like fashion. The occult-themed sleeve above is a prime example of just how complex and intricate his work can be. 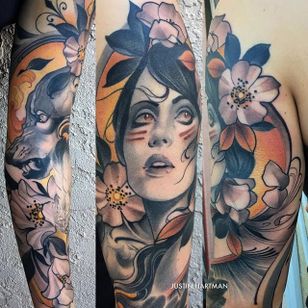 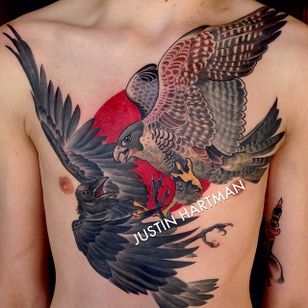 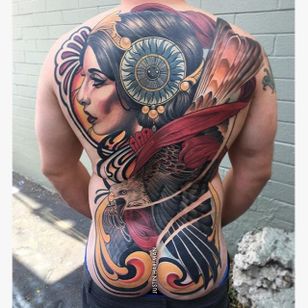 As demonstrated by the brilliant back-piece above, one of Hartman's strongest suits are his large scale lady heads. Not only are these illustrations of women gorgeous, he also pairs them with birds and beasts of prey, creating quite an captivating contrast. By combining such motifs, he brings out the fierceness of natural beauty. 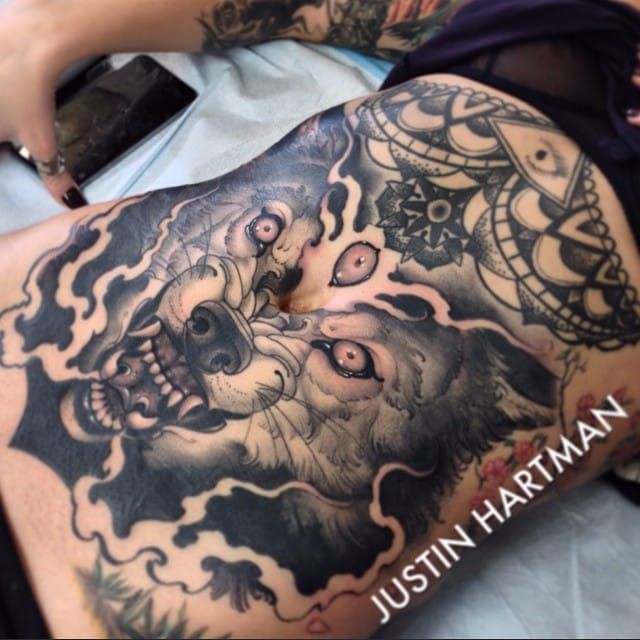 An intense depiction of a wolf with a third-eye by Justin Hartman (IG—justinhartmanart). #JustinHartman #largescale #neotradtional #wolf

One of the more riveting aspects of Hartman's large scale work is the energetic atmosphere with which he imbues each piece. Many of his figures have the appearance of being caught in the middle of a dramatic gesture or action. For instance, his depiction of a Peregrine falcon battling a raven has an incredible feeling of momentum to it. If you look closely at his wolf tattoo, you can even see the folds of its tongue as it snarls, and the snake's tail on his depiction of Medusa looks as if it's actually writhing. The fact that he can channel this feeling of movement in his work is a testament to his skill as a tattooist. 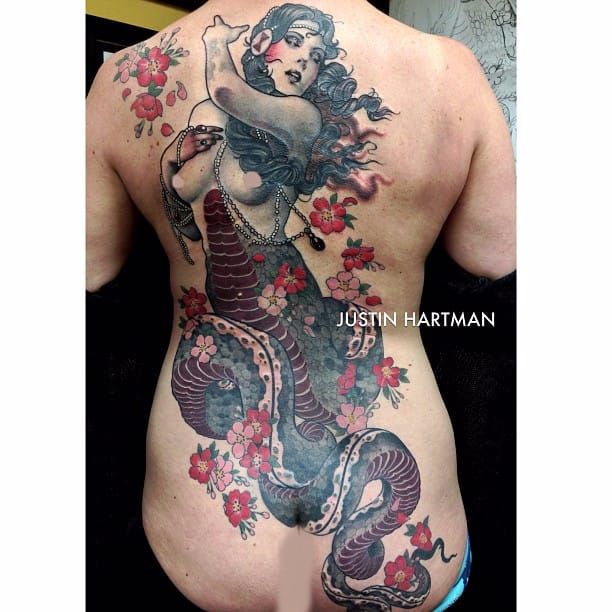 Perhaps the most beautiful depiction of Medusa ever via Justin Hartman (IG—justinhartmanart). #JustinHartman #largescale #Medusa #neotradtional

If you want admire more of Hartman's excellent neo-traditional body art, make sure to stop by his Instagram. His books are currently closed, but he can be reached at toastymctoast@yahoo.com to discuss future work.