This old lady we call America is about to turn 241 years young this July 4th, so we thought it would be fit to celebrate by breaking out the most patriotic tattoos we could find. We're talking eagles, the Statue of Liberty, John Deere, Nascar and the great film Independence Day. But there is one thing that is above all of these things, literally — the flag. 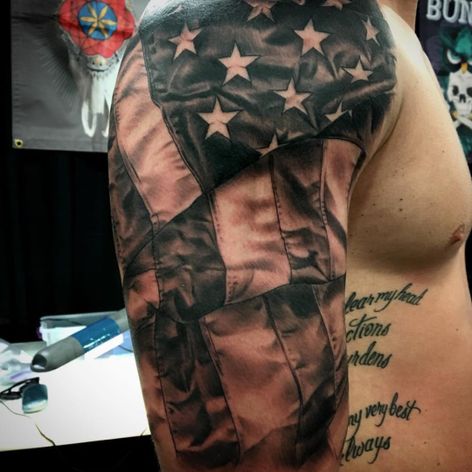 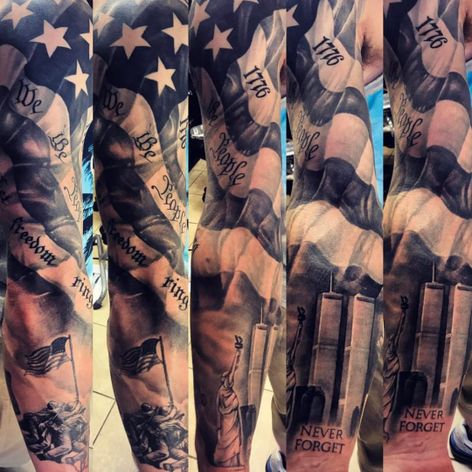 This was a spectacularly stupid idea. If you are looking to become independent from a nation, and are about to fight a lengthy war against that nation, don't put that nation's frickin' flag in the corner of your own! It's hard to believe that the brilliant minds that came up with the Constitution and our whole governmental system didn't see the bald faced idiocy of this. 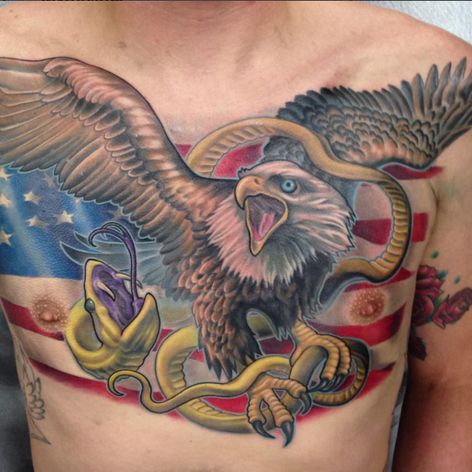 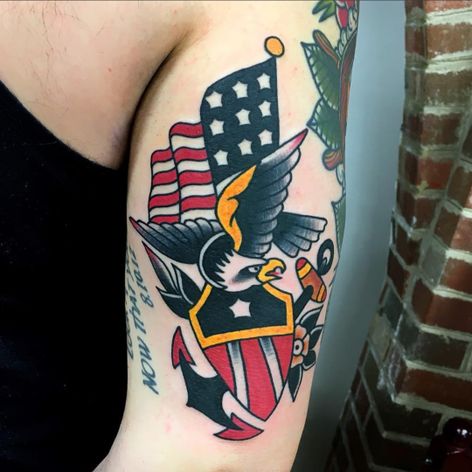 Since then there have been a lot of subtle changes to the flag — adding stars — but it's pretty much the same iconic flag that we've come to adore. When it comes to tattoos of the American flag artists take all sorts of liberties, which is rad, since liberties are what the flag stands for after all. 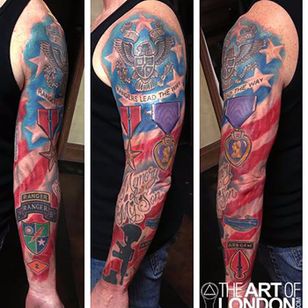 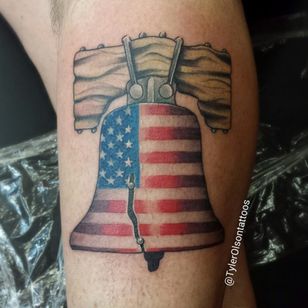 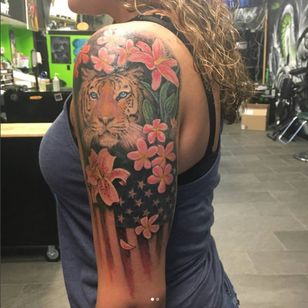 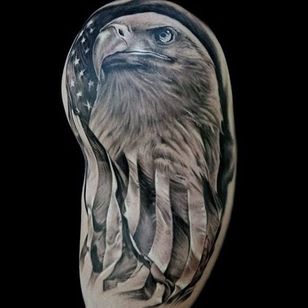 It doesn't matter what version of the flag you are getting tattooed, they all look great on skin. It's the spirit behind them that is most important, after all. If you are looking to get your very own American flag tattoo, make sure to check out each artists' Instagram page. Happy 4th of July!