So, if like us you are a huge freakin nerd, you love the Dragon Ball series. Starting off as a seriously cool manga in 1984, Dragon Ball continued as television series, films, more manga, cool t-shirts, and incredible Dragon Ball Z tattoos. The "Z" is actually the name of the second spin off of the OG tv series, the "Z" was meant to be the last of the series...considering the Z stands for the Japanese word "Zenkai" which roughly translates to "last time"...but this beloved anime and manga went on for tons more reproductions..including as awesome Dragon Ball Z tattoos. 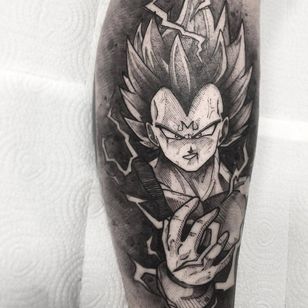 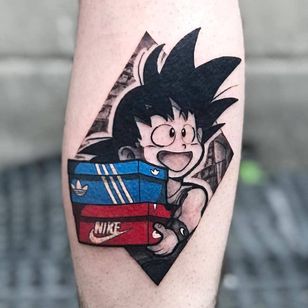 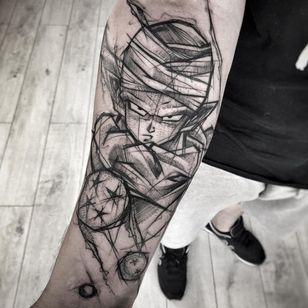 Since the series lasted so long, a simple plot line, for those of you who haven't watched or read Dragon Ball, would be difficult, but basically it's about a cute kid named Goku who goes searching for the Dragon Ball that his grandfather left him. Tons of tournaments, fights, and intense dramatic interference happens, of course, but it makes for great entertainment none the less. And great Dragon Ball Z tattoos! Just like any other series, people are drawn to certain characters or moments and find the best artists to reproduce them on their skin. Most of the tattoo artists in this collection focus specifically on anime and manga tattoos! 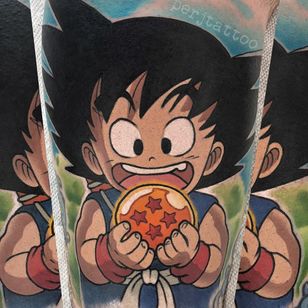 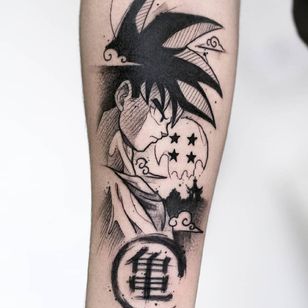 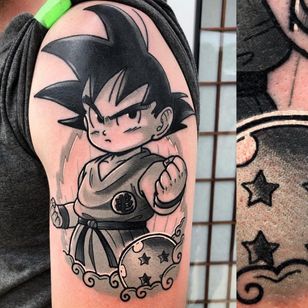 If Dragon Ball Z tattoos aren't exactly your thing, you can check out our app which has an archive of tons more tattoos just for you. Anime nerds, and even those who are not, are sure to find pieces that truly resonate with their aesthetic tastes and personal proclivities. No matter where you are in the world, we can help you find someone to give you the tattoo of your dreams. And if you're interested in checking out other anime pieces beyond Dragon Ball Z tattoos, fear not! We have tons of daily tattoo theme articles coming your way! 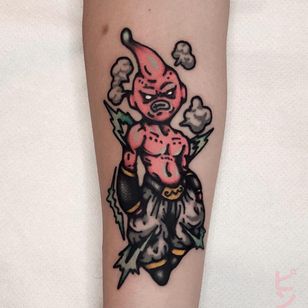 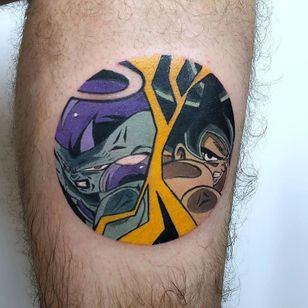 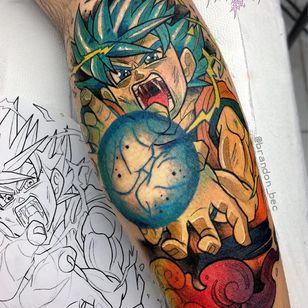 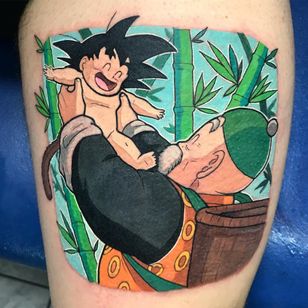 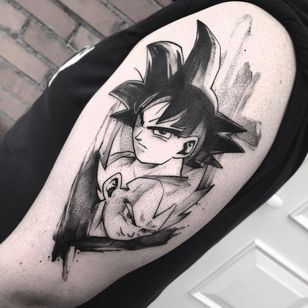 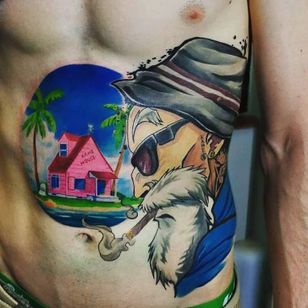