In 1982 a most heinous crime occurred in the peaceful suburb of West Des Moines, Iowa. Twelve year old Johnny Gosch was out for his weekend paper route when he disappeared off the face of the earth. The presumed kidnapping rocked Des Moines to its core. All these years later, no one knows what happened to Johnny. In honor of the anniversary of the crime someone thought that displaying the little red wagon Johnny used to deliver his papers at the Iowa State Fair was a bright idea. You know, in case it elicits new information about the case. In honor of one of the biggest unsolved mysteries of the 1980s and in honor of Johnny (we guess) we’ve got some little red wagon tattoos for you. 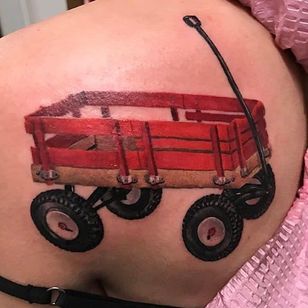 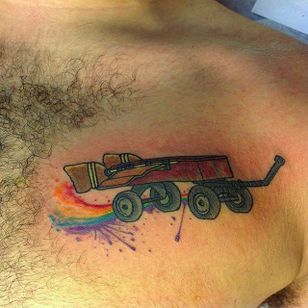 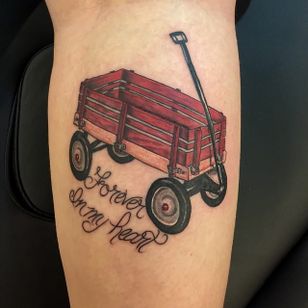 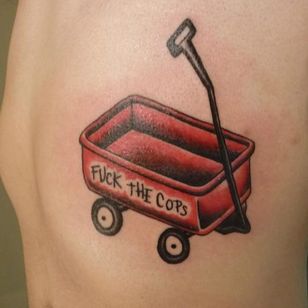 An interesting note of trivia – Johnny became the second missing child to be pictured on a milk carton. Many people I know have vivid memories of Johnny’s black and white photo staring at them at the breakfast table when they were younger. 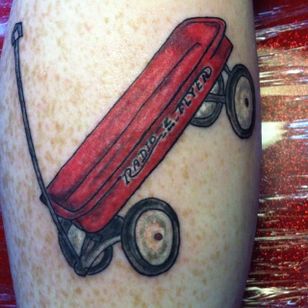 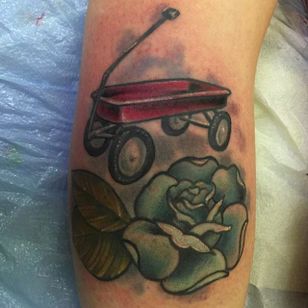 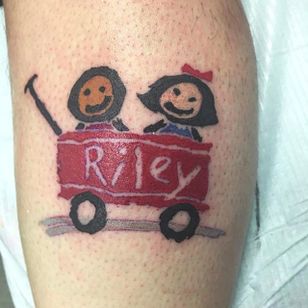 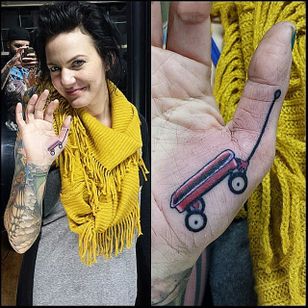 If these little red wagon tattoos make you want to come forward with that information you have about the case that you planned on taking to your grave, please contact the West Des Moines police department.