The traditional Japanese style of tattooing has been around for centuries, seeing a multitude of face lifts throughout the ages. Characterized by its distinct use of classic mythological characters like dragons, fu dogs, samurai warriors, and intensely vicious snakes, the style has seen a renaissance in recent years, and one of the artists leading the pack is none other than Italian tattooist Lupo Horiokami. 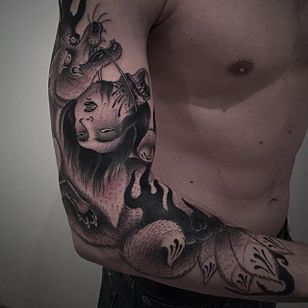 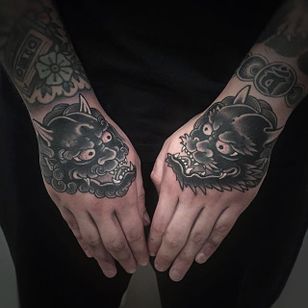 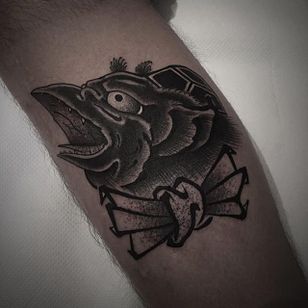 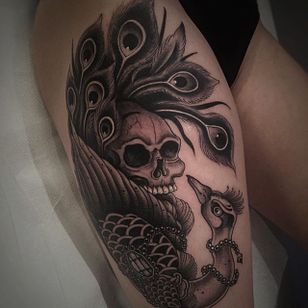 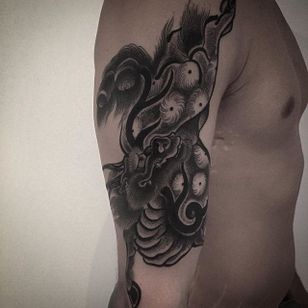 While there are several different sects of neo-Japanese style, today’s versions often find themselves soaked in bold, vivid color. This is partially what sets Horiokami’s work apart from other artists. Crawling with spirits, ghouls, and a whole host of seemingly sadistic creatures, his work is largely black and grey with an emphasis on negative space. Horiokami says that the whole of his work is predominantly influenced by imagery found throughout southern Japan as well as artists like Yoshitoshi, Hokusai, and Kuniyoshi, all of which were master woodblock printers in their time. Unsurprisingly, Horiokami also cites woodblock prints as a major source of inspiration. 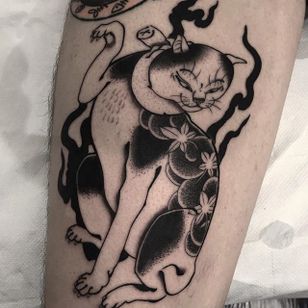 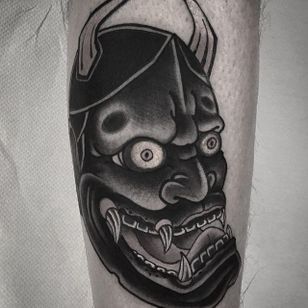 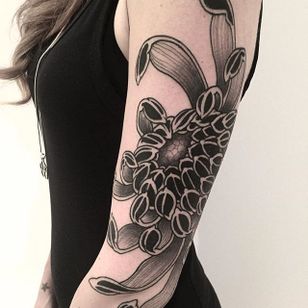 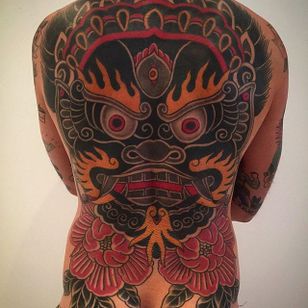 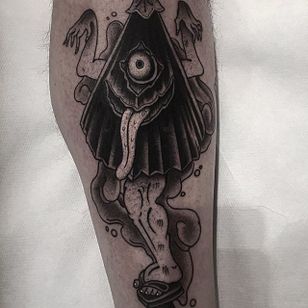 Interestingly enough, Horiokami was born in Vicenza, Italy in 1979 and is of Italian ancestry. He adopted the name Horiokami during his first visit to Japan after meeting the celebrated traditional Japanese tattoo artist, Horiyoshi III, forming a professional bond, and effectively taking Horiyoshi as his unofficial mentor. To this day Horiokami still frequents Japan and pays visits to Horiyoshi in an effort to further understand the history of the style as well as grow as a professional artist. A master of both electric tattooing as well as tebori, Horiokami is a master in the making.