It’s hard to believe there was once a time when a children’s cartoon could feature a character whose sole raison d'être was beating people’s asses with hockey sticks and baseball bats. But in 1987 a generation of children fell in love with Casey Jones, a supporting character on Teenage Mutant Ninja Turtles. His popularity has not waned over the years, as you can see from these fierce Casey Jones tattoos we’ve gathered up for you today. 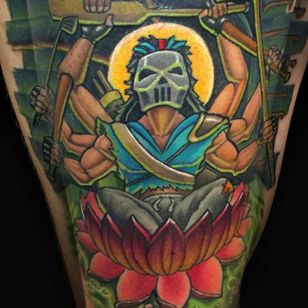 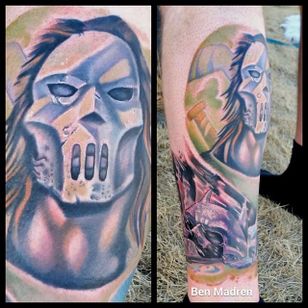 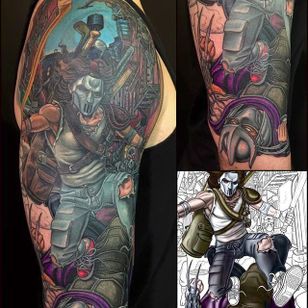 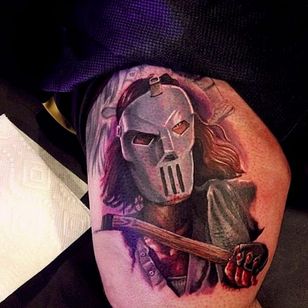 The masked vigilante is super rough around the edges for a show aimed at children, but his comic book counterpart was much darker. He once killed a teen who was trying to mug him, which sent him into a dark drunken spiral. He eventually recovers and marries April O’Neil, dashing the fantasies of about a million 8-year old boys in the process. 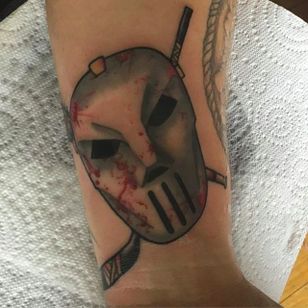 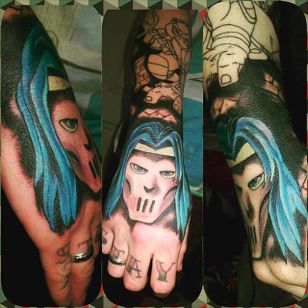 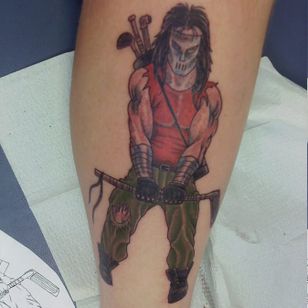 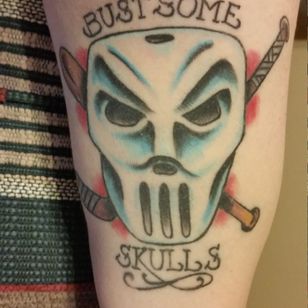 Don’t these Casey Jones tattoos just make you want to grab some sporting equipment and beat the everliving fuck out of some muggers or something? Crime is a disease. You could be the cure.