Quick – what is the greatest single cultural export of the UK from the 1990s? Is it Oasis? The Spice Girls? Leatherface? Not even close. The answer is the lovable, bumbling mute, Mr. Bean. The popularity and staying power of this god of physical comedy is immeasurable and to this day his antics are enjoyed by hundreds of millions of people the world over. In honor of the rare occurrence when the Brits actually manage to get something right, we’re taking a peep at some sweet Mr. Bean tattoos. 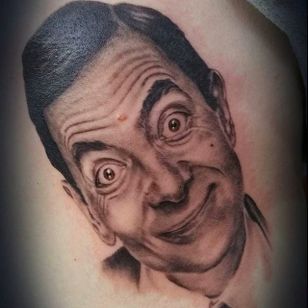 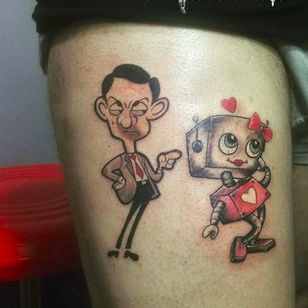 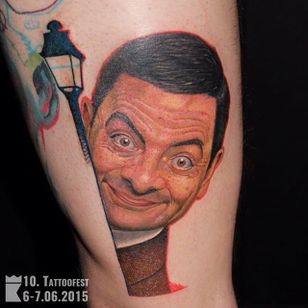 Atkinson keeps Mr. Bean under tight wraps, having often claimed to retire him completely. Despite this, the character popped up in a few film just a few months ago. Sadly, Top Funny Comedian was only released in China. We can only speculate as to how many boatloads of money it cost producers to change Atkinson’s tune. We think it’s three. 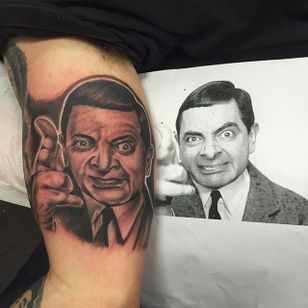 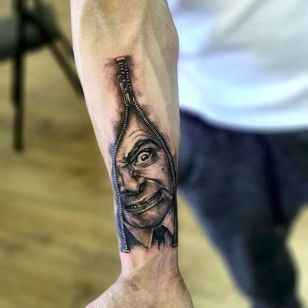 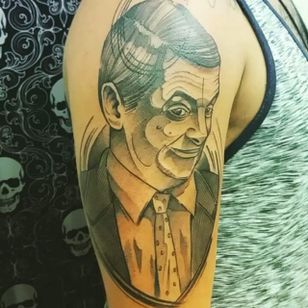 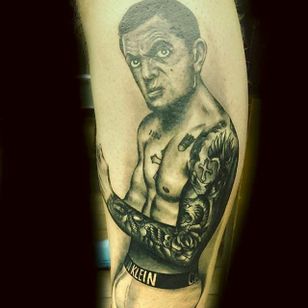 We hope these Mr. Bean tattoos inspire you to revisit the series or check it out for the first time. It truly is one of the finest pieces of television ever produced anywhere in the world. Oh, watch Blackadder while you’re at it. And then get some Blackadder tattoos so we can write about them.