Nicklas Westin excels on pretty much every style out there, but what's most impressive is that he often combines elements from several genres of body art to create wonderful hybrid body art. Sometimes he renders the iconography of Irezumi in a realistic fashion, and at other times, he illustrates such figures in a way that gives them a neo-traditional appearance. Regardless of how he stylizes them, all of his tattoos are excellent, and it's refreshing to see such prevalent imagery executed in unexpected ways. 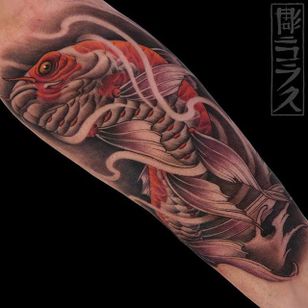 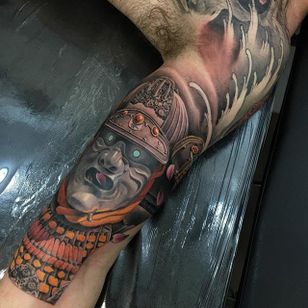 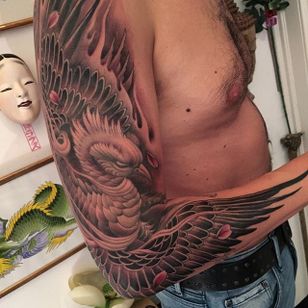 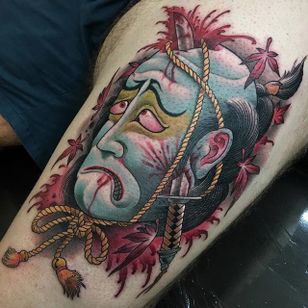 Though he primarily works with motifs handed down by the Japanese style, one can see how he distances his work from Irezumi with just a quick glance. One of the most obvious differences is that he does not always employ the conventional smokey or watery background that one sees in more traditional takes on the genre. Instead of employing solely contrasting colors to give definition to his figures, he uses black shading to shape their contours, which is what results in their realistic aesthetic. When his work remains closer to the core principles of Japanese tattoos, it is more reminiscent of neo-traditional body art than any other style, as seen in his namakubi, due to the manner in which he subtly graduates their coloration. 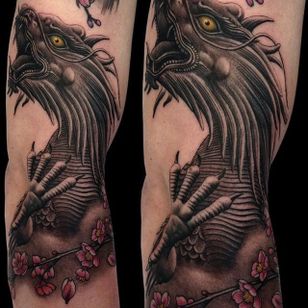 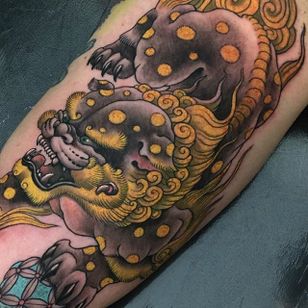 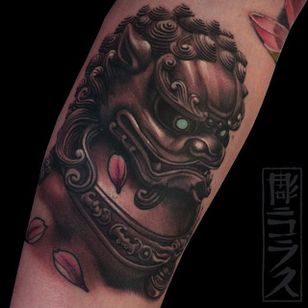 The best part about how Westin breaks classic icons free from Irezumi's mold is that it allows him to characterize them in new and interesting ways. For instance, the two foo dogs above couldn't have a more diverse vibe. One takes on the appearance of a real-life statue, like you might see guarding an ancient palace, while the neo-traditional one looks more animated and make-believe, which highlights its standing as a mythological beast. In short, the various ways he stylizes these figures dramatically alters the artistic gestures that they make. By changing their stylistic context, he opens them up to unconventional interpretations. In his hands, samurais become more like actual historical figures than legendary warriors and dragons seem as much of a reality as koi fish. 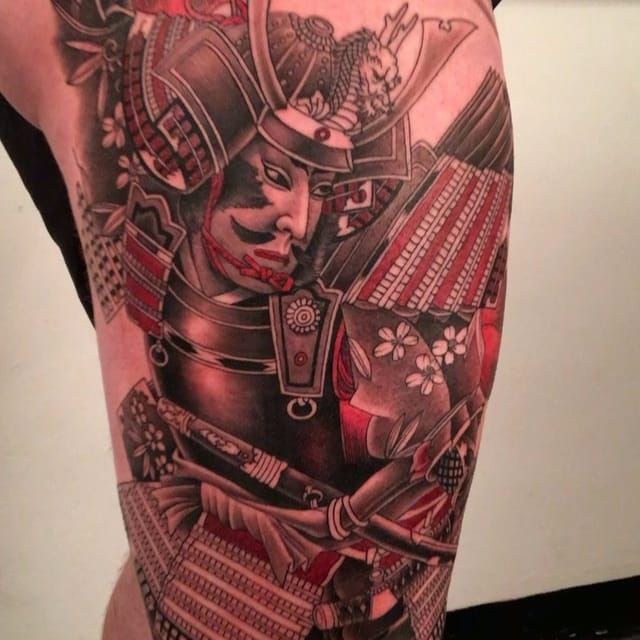 If you'd like to see more of Westin's awesome Irezumi-inspired body art, pay his Instagram a visit. He works at Family Art Tattoo in Barcelona, Spain if you'd like a large-scale piece of his neo-Japanese work for yourself.